This post originally appeared on Medium, and we republished with permission from Xiaohui Liu.

sCrypt does not support floating point natively, mainly due to the high overhead of implementing it (such as IEEE Floating Point Standard) using integral arithmetic in Bitcoin Script. However, there are many use cases where fractional numbers are indispensable. We provide two libraries to support such cases.

One simple way to represent a fractional number is storing a fixed number of digits of their fractional part, by scaling it with a fixed factor. For example, when you divide integer 1 by integer 2 in sCrypt, normally you get zero: 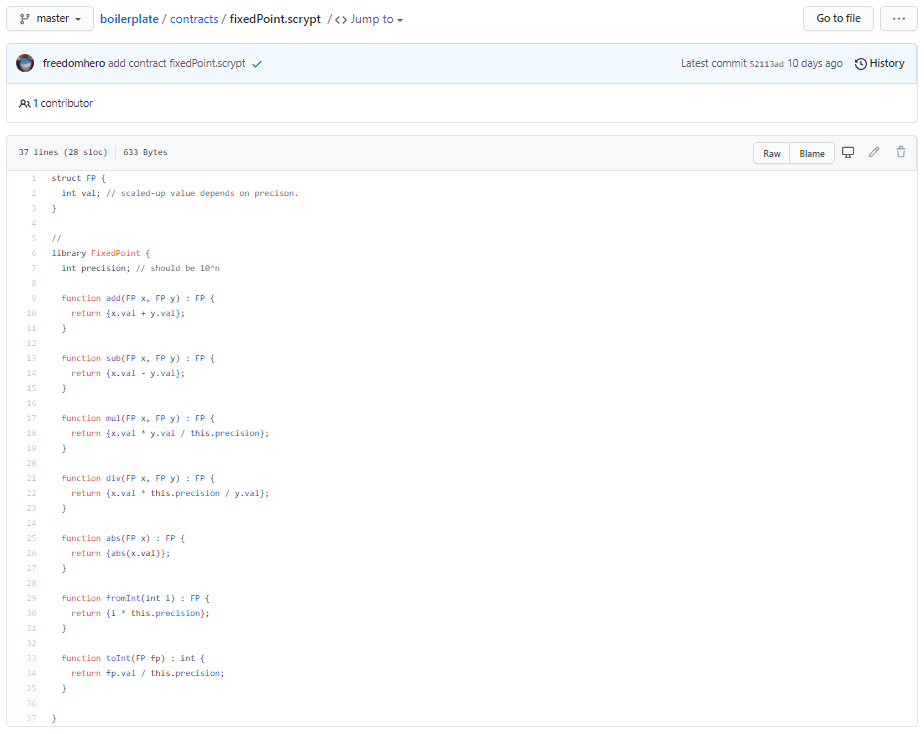 Thanks to Bitcoin Virtual Machine’s native support of bigint of arbitrary length, it is extremely straightforward to implement fixed point of arbitrary precision. There is no overflow or underflow. Here is an example of using it.

In cases where high precision needs to be maintained throughout many consecutive steps of calculation, the following floating point library is preferred. It achieves accuracy at the cost of performance. A number is stored as n / d. An example of using it can be found here.