Moreover, most of the crypto folks speculate still more surge in the market capitalization and attain the third position. The market cap of Tether and XRP which are in third and fourth position is in between $12 billion and $14 billion which could possibly be overtaken by DOT soon.

Coinmarketcap lists the top 100 cryptos according to the market capitalization. Hence with the surge of the market cap to the skies, the digital asset jumped to the third position. A notice mentioning the split-up of the token into 100 new tokens was displayed on coinmarketcap. However, the functionalities would remain constant.

The notice state that,

The denomination took place on 21st August 2020, and the total supply increased from 10,000,000 at Genesis to 1 billion. Therefore, the market capitalization shoots up from nil to skies nearly $ 4.8 billion at the reporting time. 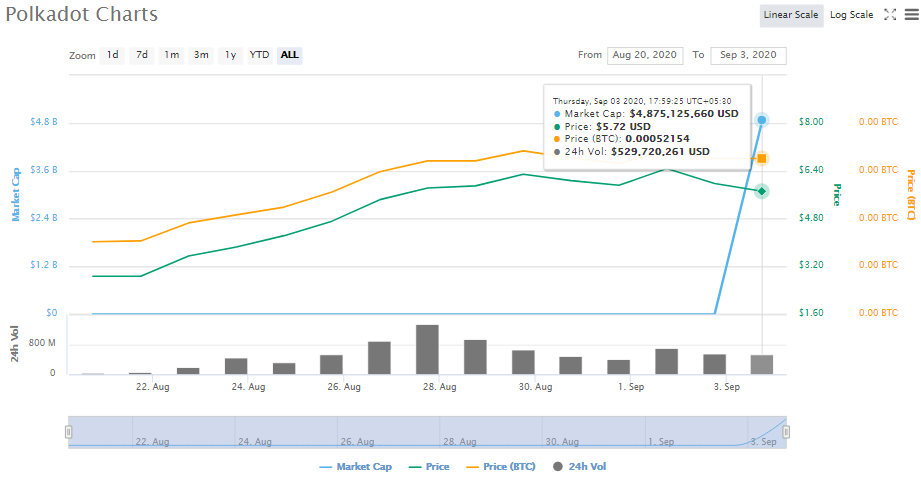 Summarizing the whole story, the denomination of the digital asset assisted the surge in the market capitalization. This, in turn, led the DOT token to gain the fifth position on the Coinmarketcap ratings. However, the DOT followers believe a bull run for the token with the price attaining all-time high in coming days. 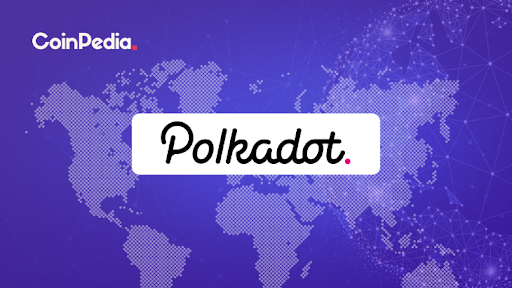