What Could the C# Corner Partnership Mean for Stratis?

Partnerships are the best way to drive interest in the market. They also kick off a frenzy in the community where every inch of progress is scrutinized. Money’s at stake, after all, and new investors often gamble a sizable chunk of their life’s savings. Therefore, the news of a partnership is much welcome to reassure investors and would-be investors alike that the market is moving forward, and not about to burst.

We’ve talked about how significant partnerships can be and the doubly disruptive potential they can have on multiple industries. Blockchain technology, with its security of data and room for interoperability, is ideal for collaboration. Some projects, like ICON, are particularly forward-thinking, setting up a platform on which multiple blockchains can cooperate together, thus building a fertile foundation for blockchain growth. Incidentally, many consider 2018 to be the year of the platform.

Regardless, it is fairly obvious to most of us that cooperation delivers better results than competition. Even stalwart tech companies from the dawn of the computing age, like Microsoft, have begun to see the value in this.

Knowing this, it is pleasing to hear that an increasing number of blockchain projects are establishing partnerships with other projects, like SelfKey and Polymath, or enterprise-level partnerships with pre-existing industry players.

In January 2018, we learned that the Blockchain-as-a-Service project, Stratis, has partnered with C# Corner, the largest global community of C# developers.

In order to get any new software-oriented technology off the mark, developers are required to join and be incentivized to develop software. This is precisely why the Stratis/C# Corner partnership holds so much importance. We’ll quickly run through each of these parties and their intentions, then consider the implications for Stratis and the industry as a whole.

Blockchain is a very nascent technology that many tech insiders themselves don’t have a total grasp on—at least on the technical, developmental side of things. There is also a great shortage of talent in blockchain development and costs of starting a blockchain project from scratch can be beyond what many interested individuals can afford.

This is where Stratis comes in. It works around the problem of initial development costs and technical knowledge barriers (to a degree, anyway) by equipping developers with the tools to create custom blockchain applications. The Stratis motto is to “[m]ake blockchain easy for you.” One way they do this is by offering end-to-end solutions for development and test deployment of C# blockchain applications. Essentially, they are easing C# developers into the imminent era of blockchain.

Stratis is also concentrating its efforts into enticing enterprises to use their platform to level up their businesses through the application of blockchain. It grants them this power through the use of Stratis sidechains which, apart from eliminating the trouble of building the blockchain, also eliminates the worry of maintenance.

In a bid to encourage developers, Stratis has launched an academy where comprehensive documentation is available, as well as samples of code and discussion channels. They even intend to offer a certification program in Q2 2018. A developer has everything they need to consider a blockchain project.

The benefits of sidechains are that it alleviates congestion on the main network. If a business is executing multiple transactions, it prevents a bogging down of performance on the main chain. The Stratis sidechain sub-goal is expected to be completed in Q1 2018.

Stratis has already seen use in the fishing industry, having teamed up with Earth Twine. Their main competitors are Lisk and Ardor, both of which are popular projects.

For a more in-depth look at the Stratis project, read our guide to Stratis.

What is C# Corner?

C# Corner is the largest global community dedicated to studying, spreading, and supporting the C# language. With over 3 million registered members, they have a hefty fanbase that could now be directly connected to Stratis. This community spans 32 cities across the world with offices in Philadelphia, New York, London, and New Delhi.

C# Corner proudly teaches C# and informs the community of developments in the language. It is this ardent and knowledgeable community that initially will make the most out of the Stratis platform. 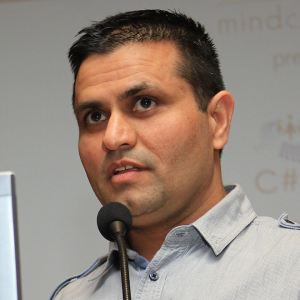 Mahesh Chand, the founder of C# Corner, has also joined the Stratis board,  saying:

I am thrilled to be a part of the Stratis team. I have been watching Stratis since its inception and I really like the team and where this community is heading. Stratis is a developer-first community-first company and I really like that. Being a founder of C# Corner, my focus has always been developers and how to make their lives better. I believe Stratis brings the same values and ethics to the community.

Bringing in the founder is a potent way for Stratis to entrench itself in the world of developers. Chand will assist Stratis by helping them build enterprise and developer relationships which should speed up adoption.

What Impact Could This Partnership Have?

This partnership could be the spark that Stratis needs to become a common name in the blockchain development world, and the conduit to the developer community that it needs to rapidly develop its C# blockchain applications.

Growth and Adoption of Stratis

The primary benefit that Stratis receives from this is that it now has access to millions of expert developers and a community that thrives on working together. As we said, what Stratis really needs is an active group of developers working with its material.

We can expect a surge in C# app development and steady incremental improvements concerning the platform, as developers are sure to have better vision regarding flaws and requirements.

Given that it’s now possible for developers to easily create their own blockchain, we’ll most likely see a greater number of blockchain projects appear in the upcoming years. Just as how smartphone and desktop applications became easier to design over the years, so too will blockchain applications and platforms evolve, making it possible for anyone with a solid idea and a sufficient technical understanding to utilize the Stratis platform and deliver an idea to the public.

You know how start-ups made it possible for anyone to start a company in a dorm room or crummy apartment? Blockchain-as-a-Service can take that to the next level by not only giving people the technical tools to create a system, but also the tokenized funding of the cryptocurrency. Everything can be done from home, and anyone with sufficient intelligence and the willingness to work hard can make something.

Blockchain has gained much traction and credibility as a technological application in recent years. But if it is to achieve its supposed revolutionary status, it must make every effort to connect with segments of all members of society since it involves and affects all segments of society. This includes the developers behind projects, technical personnel in other industries who could utilize their field-specific knowledge and marry it with blockchain and, of course, the end-user.

This partnership will bring greater exposure and ease entry for technical personnel, educating them about blockchain and showing them what they can do with it.

On the other side of things, the developers who now have access to an easy-to-deploy blockchain platform are blessed with an entry point into a new era of technology. Blockchain is a rich world which is desperately looking for more developers—and now experts have resources, tools and end-to-end solutions to help them branch off into a new career path, or create something of their own.

The Stratis and C# partnership was only very recently announced. There is time yet for it to develop and we can only speculate as to how the partnership might play out. Considering that Mahesh Chand is on the board, perhaps there is an internal discussion taking place regarding how Stratis can be boosted and solidified as the pre-eminent Blockchain-as-a-Service platform.

The obvious benefits of access to a large developer pool and greater exposure are certainly important, but it will be interesting to see if the Stratis board can form enterprise-level partnerships or coax businesses into using the platform. Stratis will have to highlight the features of the platform to businesses who want real-world use cases and attract developers to build those use cases. Step by step, Stratis is getting there.