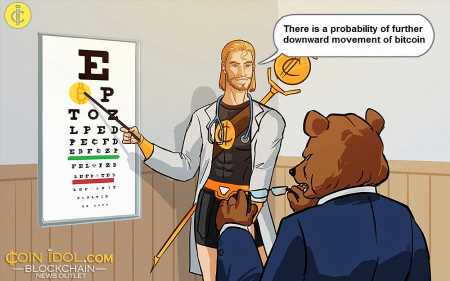 Bitcoin (BTC) price has fallen below the $45,400 breakout level. This means that Bitcoin is likely to fall back to the psychological price level of $40,000. Today, the BTC price has fallen to a low of $43,547 as of press time.

There is a probability of further downward movement of the cryptocurrency. Nonetheless, the largest cryptocurrency has fallen below the 21-day moving average during its slump.

Bitcoin has fallen to level 48 on the Relative Strength Index for the 14 period. The largest cryptocurrency has returned to the bearish trend zone. This zone makes the cryptocurrency vulnerable to a decline. The cryptocurrency price is between the moving averages, which indicates that it will move in a certain range in the coming days. The BTC price has fallen below the 20% range of the daily stochastic. This means that the market has reached the oversold area. The 21-day line SMA and the 50-day line SMA are up, indicating an uptrend. 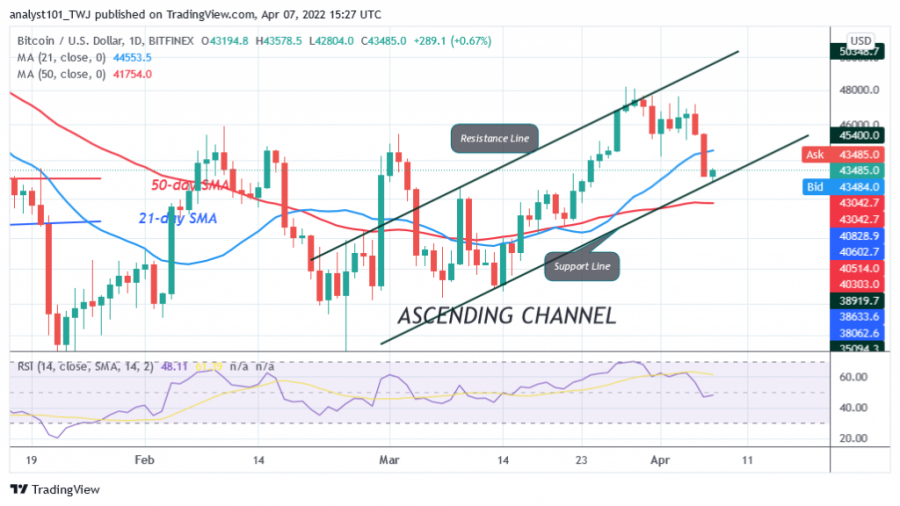 What is the next direction for BTC?

Bitcoin is in a downtrend as the price falls below the moving averages. Bitcoin is moving above support at $43,000. Meanwhile, the downtrend from April 1 has shown a candle body testing the 50% Fibonacci retracement level. The retracement suggests that Bitcoin will fall to the 2.0 level of the Fibonacci extension or $40,621.90. 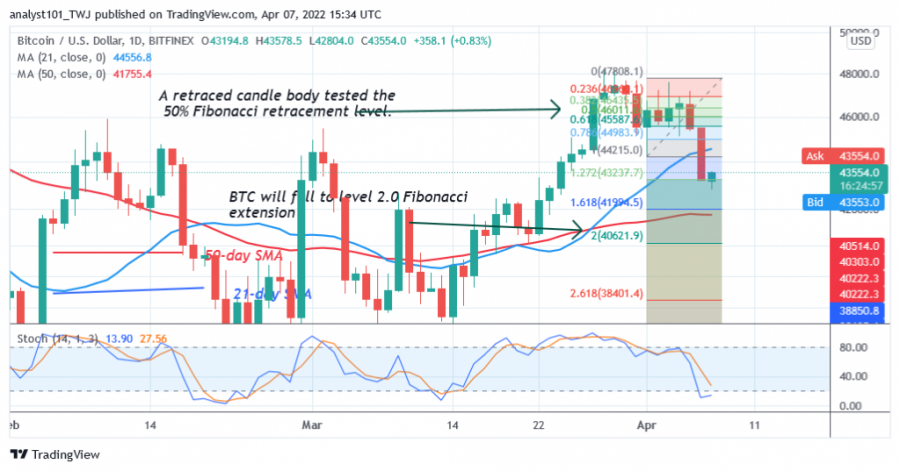 Disclaimer. This analysis and forecast are the personal opinions of the author and are not a recommendation to buy or sell cryptocurrency and should not be viewed as an endorsement by CoinIdol. Readers should do their own research before investing funds.

Lates News:
2022-04-08
Previous Post: Rebound In Equities, Crypto; Surge In Bond Yields, Dollar Index – Markets At This Hour
Next Post: The power of nanopayments on display at CoinGeek's pop-up Bitcoin Arcade on April 9