Angie Schmitt is a Cleveland-based urban planner and writer. She is the author of the book “Right of Way: Race, Class and the Silent Epidemic of Pedestrian Deaths in America.” The opinions expressed in this commentary are her own.

The infrastructure of the United States is built for cars. The impulse to build around cars is hard-wired into almost all our funding formulas, institutional norms and culture.

This is a result of how our transportation system was designed. Since the Interstate Highway construction era began under President Eisenhower in 1956, US transportation policy has mainly been on autopilot. We shovel billions into new highways through formula grants to state departments of transportation. Other forms of commuting, like sidewalks and buses, compete for the leftover scraps. Biking and walking projects, for example, receive just about 1.5% of federal surface transportation funds. We do not support passenger rail and bus transit in ways that make those modes of transportation competitive with driving. The average American has few practical alternatives to hopping into a car every time they need to go anywhere.

But the big new spending package from the Biden Administration represents a potentially historic departure from our car-centric approach to infrastructure.

The Administration’s proposal, which will cost more than $2 trillion, would boost funding for public transit pretty dramatically, adding more than $10 billion per year — roughly doubling annual federal transit spending.
US transit ridership has hovered at around 5% of commuting trips for a long time, meaning we have lots of room for improvement. In Canada, for example, more than 12% of the population gets to work by bus or train. A dramatic expansion in transit options for Americans could have cascading benefits. Places with higher transit ridership tend to have fewer traffic deaths (which cost the United States $463 billion a year on average), for one. Transit spending also supports better job access for low-income people. Finally, transit investments help prioritize more dense, walkable development.

Biden’s proposal would also give intercity rail transport a needed shot in the arm, providing an additional $80 billion for rail upgrades. Following the unveiling of the spending package, Amtrak said the funding would allow it to add 30 new routes (including adding new cities like Columbus, Ohio, Nashville and Las Vegas to the network). It would also expand service frequency on 20 additional routes. These investments could help close the competitiveness gap somewhat with flying, especially on middle-distance routes. The agency estimated the funding would allow it to almost double annual ridership to more than 50 million trips — a goal that could not be more pressing as we struggle to meet looming climate deadlines. 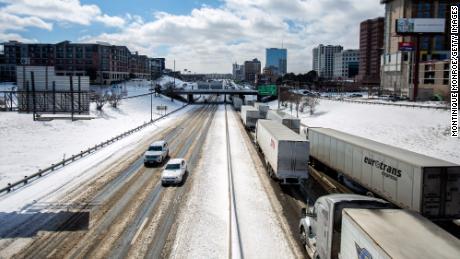 Some Amtrak routes right now are just too slow to be very competitive with driving. Cleveland to New York City takes about 12 hours — almost twice as long as it does to drive. Capital investments that provide newer, lighter train cars, can lower travel times and improve reliability. That surge in investment is needed to help move Amtrak from a niche service (outside of the “Acela Corridor” in the Northeast) to a more mainstream option for busy travelers.
Finally, Biden’s infrastructure bill is full of other needed transportation investments, like $20 billion for complete streets: streets with sidewalks, bike lanes and facilities for transit that can help make short walks safe and accessible for more Americans.
The plan also contains $115 billion for roads and bridges — amounting to an additional $14 billion annually over the $45 billion we are currently spending. But importantly, the bill’s language specifies the money is for repairs — not new roads and widenings that can promote urban sprawl. This, again, would be a profound shift. New highway interchanges outside metro areas help drive low-density housing construction which forces people to rely on driving for almost every trip and creates the need for further roadway expansion. By limiting road spending to repairs — if this provision is preserved in the final bill — we will invest in existing neighborhoods and interrupt the cycle of ever more distantly spaced jobs and housing.
Right now, as exciting as all the new provisions in the proposal are, we only have a top-line explanation of this plan and the devil will be in the details. For example, we’re not sure what kind of safety or emissions targets to expect.

Lessening America’s dependence on cars will take an enormous sustained investment and intentionality. Almost every business in the United States is still required by local zoning laws, for example, to provide ample free parking. The Biden administration is also pushing for Congress to create a grant program that will help remove barriers like parking requirements and minimum lot sizes.
It will be a long road to making our transportation infrastructure more modern and less energy intensive. But Biden’s proposal is a respectable, bold and necessary first step.
Source: Read Full Article