Bitcoin has seen prices plummet in recent days following condemnation from Tesla CEO Elon Musk over the cryptocurrency’s carbon footprint. The energy usage comes from a process known as mining, which uses powerful computers that require a lot of energy to run.

This energy is often fossil fuels like coal, prompting calls for a greener process to mine BTC.

And the energy usage is gradually creeping up on Norway (122.20 TWh).

A cryptocurrency “mine” which was stealing electricity worth thousands of pounds has been uncovered in the West Midlands. 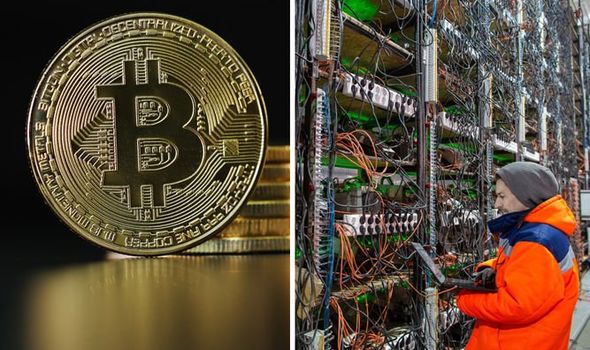 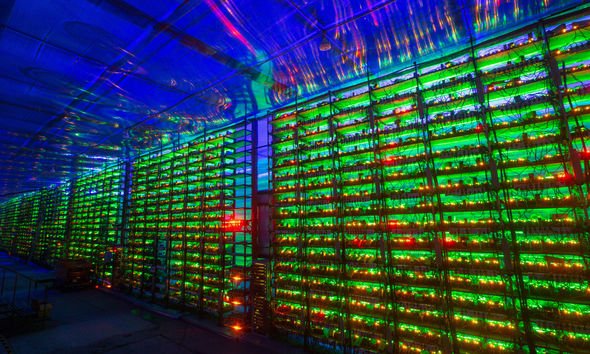 Police said they executed a drugs warrant at an industrial estate in Sandwell on May 18 after receiving intelligence the site was being used as a cannabis farm.

But the West Midlands force said it instead found a huge bank of around 100 computer units as part of what is understood to be a Bitcoin mining operation.

The IT equipment was seized from the building in the Great Bridge Industrial Estate and inquiries with Western Power revealed the electric supply had been bypassed.

So what is bitcoin mining? How is cryptocurrency mined? 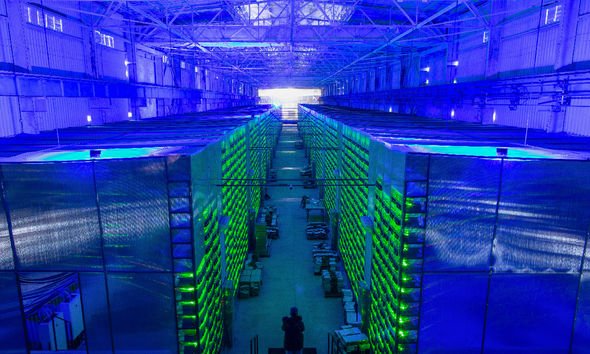 What is bitcoin mining?

Bitcoin mining is the process by which new bitcoin are produced and kept secure.

Investopedia explains: “Bitcoin mining is performed by high-powered computers that solve complex computational math problems; these problems are so complex that they cannot be solved by hand and are complicated enough to tax even incredibly powerful computers.”

When the complicated maths problems are solved, new bitcoin are produced.

DON’T MISS
Bitcoin boost as expert warns ‘lower the drop, the higher the bounce’ [INSIGHT]
Shiba Inu price: How high will Shiba Inu go? Is it the Doge Killer? [ANALYSIS]
When will Shiba Inu reach $1? SHIB price to double after crypto crash [EXPLAINED]

When mining bitcoin, there are some key things to bear in mind.

The block reward is the amount of new bitcoin mined – and this is halved every 210,000 blocks. 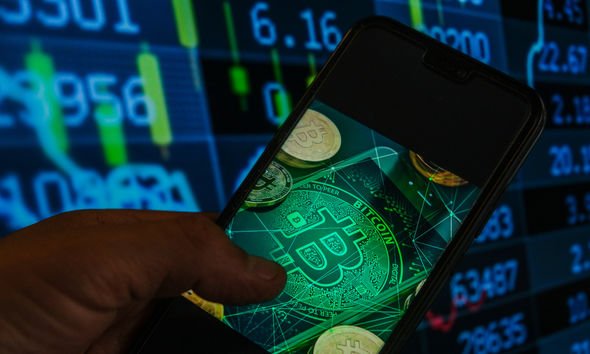 The majority of bitcoin mining is done in China according to recent data.

The study looked at IP addresses from so-called hashers which used certain Bitcoin mining pools in 2020.

Statista explained: “Hashing refers to the amount of processing power that PCs use to build the blockchain: the more blocks of verified transactions that are processed or “hashed”, the more Bitcoin.”

Can anyone mine bitcoin?

Bitcoin mining, as said above, takes up a lot of power and needs some hefty computer equipment.

Mining also is a difficult process, in order to keep the circulating bitcoin at a stable amount.

Investopedia explains “When Bitcoin launched in 2009 the initial difficulty level was one. As of November 2019, it is more than 13 trillion.”

If you are still keen, you can visit Investopedia here and read more on mining.