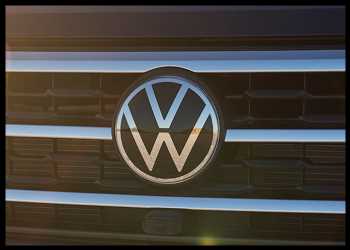 German automaker Volkswagen AG reported Wednesday significantly higher profit in its first quarter, while sales revenues were nearly flat and deliveries declined due to parts and supply shortages amid the ongoing Russia-Ukraine conflict.

Looking ahead for fiscal 2022, the company projects higher sales revenue and vehicle deliveries. In Germany, Volkswagen shares were losing around 1 percent.

The company sees 5 percent-10 percent year-over-year growth in vehicle deliveries in 2022. The company expects the supply of semiconductors will improve in the second half of the year, compared with the first half.

Further, the company expects sales revenue for Volkswagen group and of the Passenger Cars Business Area in 2022 to be 8 percent-13 percent higher than the prior year. The company projects an operating return on sales in the range of 7.0 percent to 8.5 percent in 2022.

Sales volume in the markets for passenger cars and light commercial vehicles in North America in 2022 is forecast to be slightly higher than the previous year’s level.

Overall, the global volume of new vehicle sales is expected to be slightly up on the prior year without reaching the pre-pandemic level.

For 2022, the company expects an overall slightly positive development in new registrations for mid-sized and heavy trucks with a gross weight of more than six tonnes compared with the previous year, with variations from region to region.

Operating result grew 73 percent year-over-year to 8.32 billion euros, and operating margin improved to 13.3 percent from 7.7 percent a year ago.

Volkswagen said deliveries in the quarter were down 21.9 percent to 1.90 million units from prior year’s 2.43 million units.

The shortage of semiconductors and the disruption of supply chains caused by the Russia-Ukraine conflict as well as the Covid-19 pandemic hurt the results.

The company recorded weak deliveries across all regions. In Germany, vehicle deliveries were down 5.3 percent, while the drop was 26.7 percent in Noth America.

In the quarter, share of all-electric vehicles grew to 5.2 percent of total deliveries, compared to 2.5 percent a year ago.