Like other industry giants, UnitedHealth Group wants to back startups that hope to turn the healthcare industry on its head.

To get in early, UnitedHealth created Optum Ventures, a corporate venture fund that operates as a separate entity from the biggest health insurer in the United States. The $600 million fund was created in 2017 just as digital health startups were becoming hot investments across Silicon Valley's traditional venture-capital ecosystem.

Since its founding, Optum Ventures has invested in 29 companies, a spokesman for the fund confirmed to Business Insider. According to Pitchbook data, the fund regularly participates in multiple funding rounds for its portfolio companies, upping its stake with each successive round.

To date, Optum Ventures has participated in blockbuster funding rounds for at-home testing startup LetsGetChecked and at-home urgent care startup DispatchHealth, both of which have raised over $100 million according to Pitchbook data. The Optum spokesman declined to specify how much Optum Ventures contributed to each funding round but confirmed the firm's participation in the deals.

Corporate investors have been particularly active in the healthcare industry of late, with Google investing $100 million in Amwell on Monday and Humana backing digital health startup Heal with the same amount on August 5.

Several investors told Business Insider that it's not a surprise to see so many incumbents battling it out for deals given the current environment: many insurers or hospital systems need to add tools such as telehealth or new ways to manage chronic diseases as the coronavirus-induced lockdowns continue to drag on. The easiest way to accomplish that goal, investors said, was to partner with a startup already specializing in those areas instead of attempting to create those services in-house.

UnitedHealth is a $295 billion healthcare company that operates a health insurer and a pharmacy-benefits manager, runs urgent-care clinics and surgery centers, and provides technology and consulting services to hospitals and other healthcare firms. Optum Ventures is overseen by Larry Renfro, who is also vice chairman of UnitedHealth.

This article was initially published in August and has been updated after Optum's additional investment in Truepill. 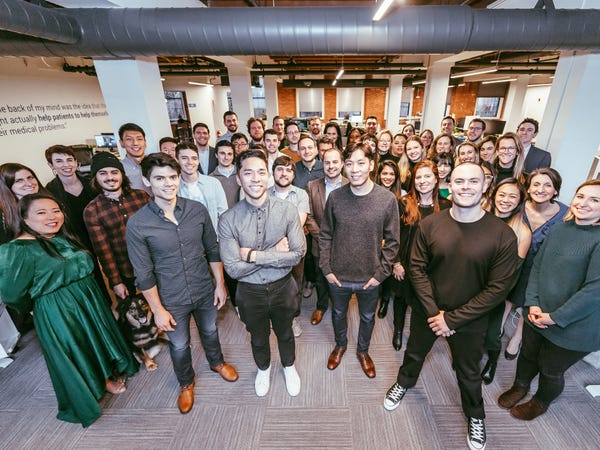 What it does: Buoy Health created a virtual assistant that uses artificial intelligence to help doctors better triage patients quickly. People can use the software to diagnose themselves before heading to a doctor's office or urgent care clinic, which helps cut the cost of care by saving doctors time. 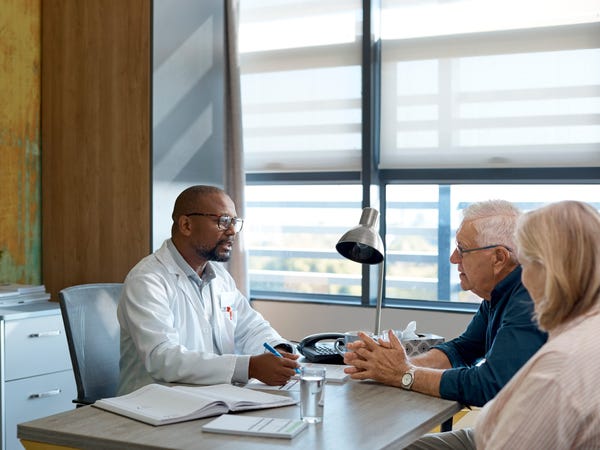 What it does: Boston and UK-based Lumeon is a digital health startup that tracks patient care through its software. The startup's tools can help different doctors coordinate treatment across different areas, such as primary care and urgent care offices.

Funding summary: Optum Ventures co-led Lumeon's most recent funding round, a $29.49 million Series D, together with Endeavour Vision on August 11. It had not previously invested in the company, according to Pitchbook data. 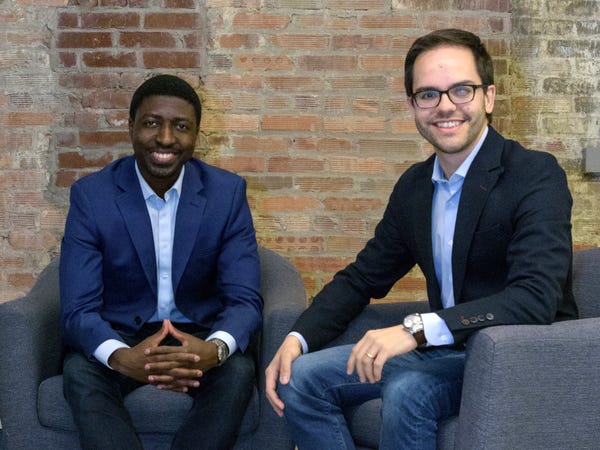 What it does: RubiconMD is a startup that allows physicians to virtually consult specialists through its software. According to the company, this helps lower the cost of care while improving access to specialists in high-need areas. 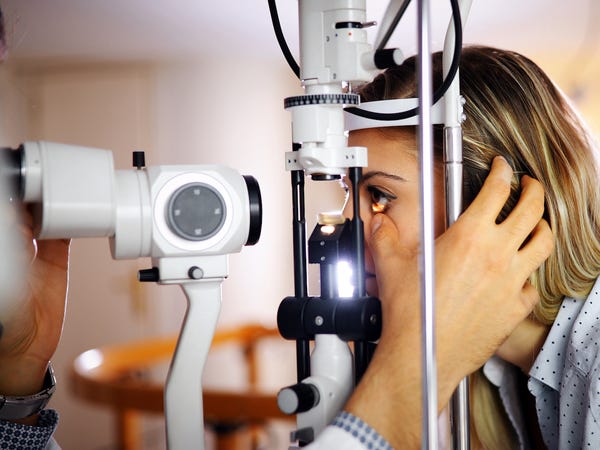 What it does: Digital Diagnostics, formerly known as IDx, makes software to better identify and treat specific conditions using artificial intelligence. It started by focusing on diagnosing diabetes by scanning patients' retinas but recently entered the dermatology space by acquiring 3Derm Systems on August 21.

Funding summary: Optum Ventures invested in the Iowa-based startup in its first institutional funding round in September 2018. The startup raised $33 million in the Series A after relying on angel funding for several years, according to Pitchbook data. It is unclear if Optum Ventures also participated in its $12.5 million Series B on June 8. 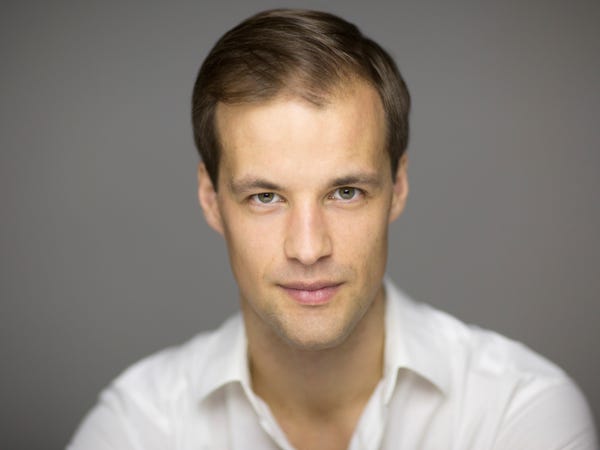 What it does: Kaia Health is a digital chronic-care-management startup that specializes in physical therapy for back pain and COPD. Its technology uses computer vision to automatically prompt adjustments for patients dialed in virtually.

Funding summary: According to Pitchbook data, Optum Ventures led an early-stage venture funding round in June 2019 for $8.16 million. It co-led the larger Series B roughly a year later with Idinvest Partners and Capital 300 for $26 million. 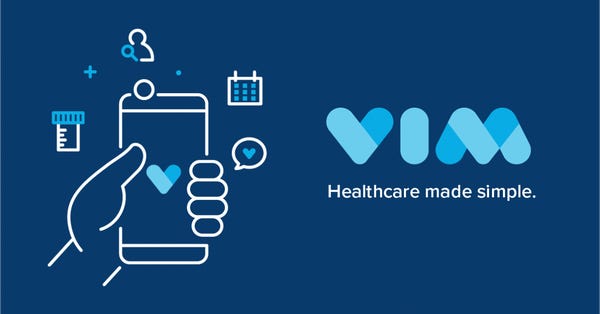 What it does: Vim is a San Francisco and Tel Aviv-based digital health startup whose software helps match doctors and other care providers with patients using algorithmic models.

Funding summary: Vim was one of Optum Ventures' first investments when the fund participated in its Series B in November 2016. In addition to that $11 million deal, Optum Ventures has also co-led a $24 million round with Premera Blue Cross in September 2019, according to Pitchbook data. 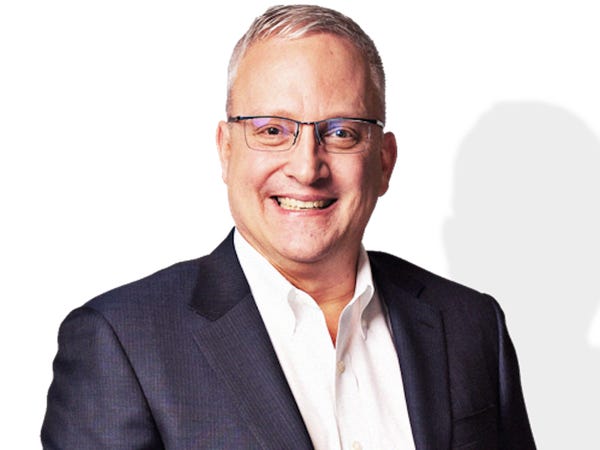 What it does: Chicago-based Apervita makes software that allows insurers and doctors to quickly share information for reimbursements and clinical data. The health IT startup merged with Boston-based Qcentive, another health IT startup, in August 2019.

Funding summary: Apervita was another early investment for Optum Ventures. It participated in its September 2017 $16.5 million Series A with Graphene Ventures, Illinois Ventures, and Bootstrap Venture Partners. And Optum Ventures also participated in the following round, a $22.56 million deal, in October 2019, according to Pitchbook data. 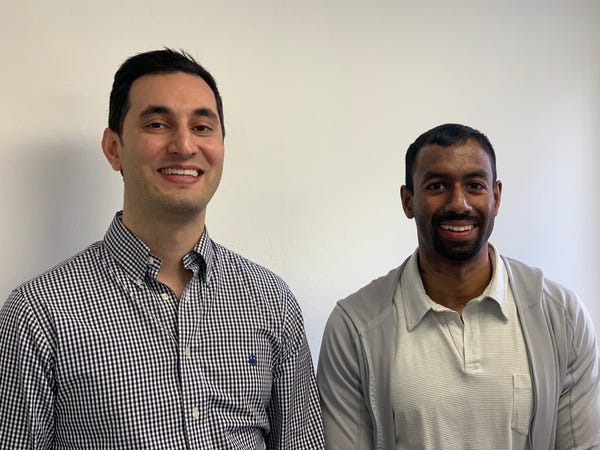 What it does: Truepill is a digital pharmacy startup that delivers prescription medication directly to patients' homes. It partners with healthcare organizations directly, marking the biggest difference between the startup and Amazon-owned PillPack.

Funding summary: Optum Ventures participated in Truepill's Series B on December 17, 2019. According to Pitchbook data, the $25 million round did not include a lead investor but included Trusted Insight and Initialized Capital Management as additional participants.

In September, Truepill said it had raised an additional $75 million in a round led by Oak HC/FT, a round in which Optum participated. In total, Truepill has raised $114 million. With the new funding, the company plans to expand into at-home lab testing. 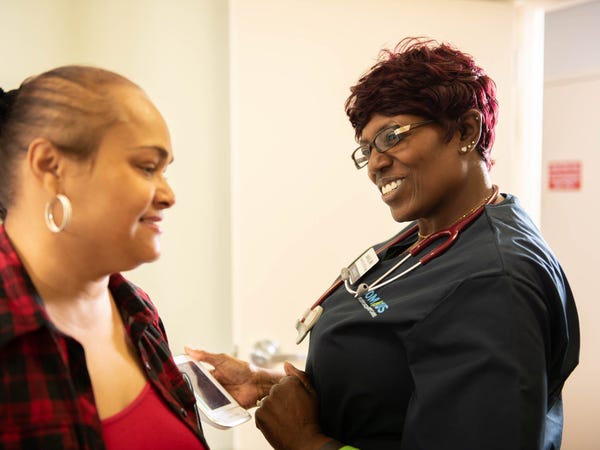 What it does: Somatus focuses on diagnosing and treating kidney disease. It works closely with doctors and insurers to catch chronic kidney disease early, which it says helps cut treatment and hospitalization costs in the long term.

Funding summary: Optum Ventures first participated in the startup's $11 million Series B in April 2018, putting the company's pre-money valuation at $50 million. The fund later co-led a $64 million Series C with Longitude Capital and Deerfield Management on June 23 that boosted the startup's pre-money valuation to $180 million, according to Pitchbook. 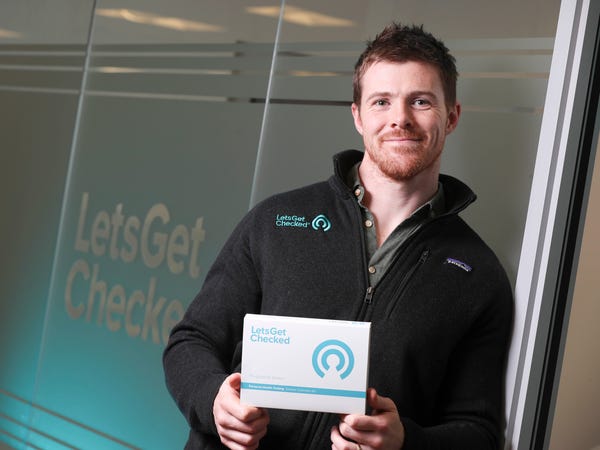 What it does: LetsGetChecked is an at-home self-testing startup that lets its customers test for a range of conditions using a proprietary sample kit. The startup's founder, Peter Foley, started the company after developing testicular cancer when he was 16, which went undiagnosed for months. 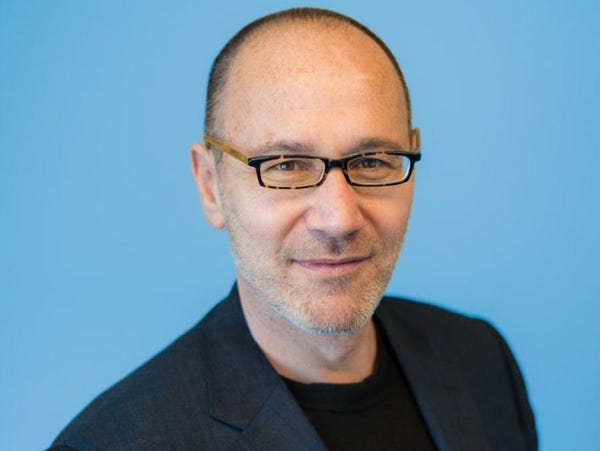 What it does: Mindstrong is a mental health startup that provides on-demand care for patients experiencing severe mental illness. At the end of 2019, it hired several executives from top-tier tech companies to expand its product offerings, according to a TechCrunch report.

Funding summary: Back in February 2017, Optum Ventures joined the first round of outside financing for Mindstrong, a $14.35 million Series A. The fund again invested in its $45 million Series B in 2018, and in its May Series C for $100 million, according to Pitchbook data. 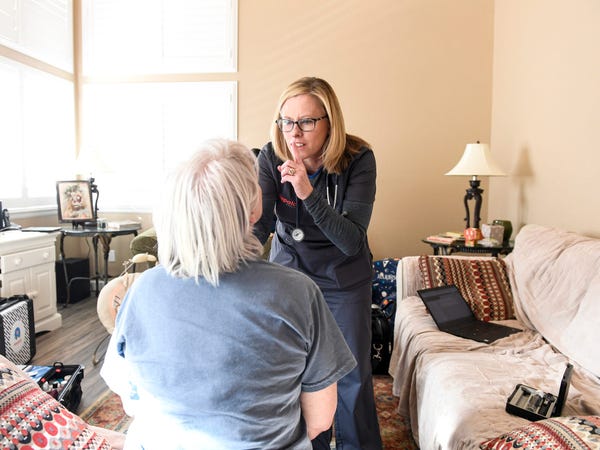 What it does: DispatchHealth is an on-demand urgent care startup that sends certified care providers to patients' homes. The house-call model has benefited significantly from the coronavirus pandemic that has turned cautious Americans away from potentially dangerous waiting rooms, and the startup raised its most recent round after seeing increased growth.

Funding summary: Optum Ventures participated in the startup's $33 million Series B funding round in June 2019, and later co-led its Series C that closed in June for $135.8 million, according to Pitchbook data.