NEW YORK (Reuters) – Fears that an escalating trade war between the U.S. and China will slash global economic growth pulled world stock markets down to near two-and-a-half-month lows on Wednesday and continued to feed a rally in safe-haven government bonds.

Chinese newspapers warned on Wednesday that Beijing could use rare earths to strike back at the United States after U.S. President Donald Trump remarked he was “not yet ready” to make a deal with China over trade.

The prospect of a prolonged standoff between the world’s two biggest economies and the likelihood of Europe and Japan getting dragged in have made investors concerned about global growth.

With economic data showing that U.S. manufacturing growth dropped to 10-year lows, another round of tariffs would sharply raise the risk of a recession in the U.S., said Justin Onuekwusi, a fund manager at Legal & General Investment Management.

“The market is simply calculating what the impact will be of the next set of tariffs as it doesn’t look like the rhetoric is calming down,” Onuekwusi said.

“Then we have a weaker growth outlook … so we have the negative shock of trade added to lower growth and the cushion of protection isn’t as good as it was eight to nine months ago.” 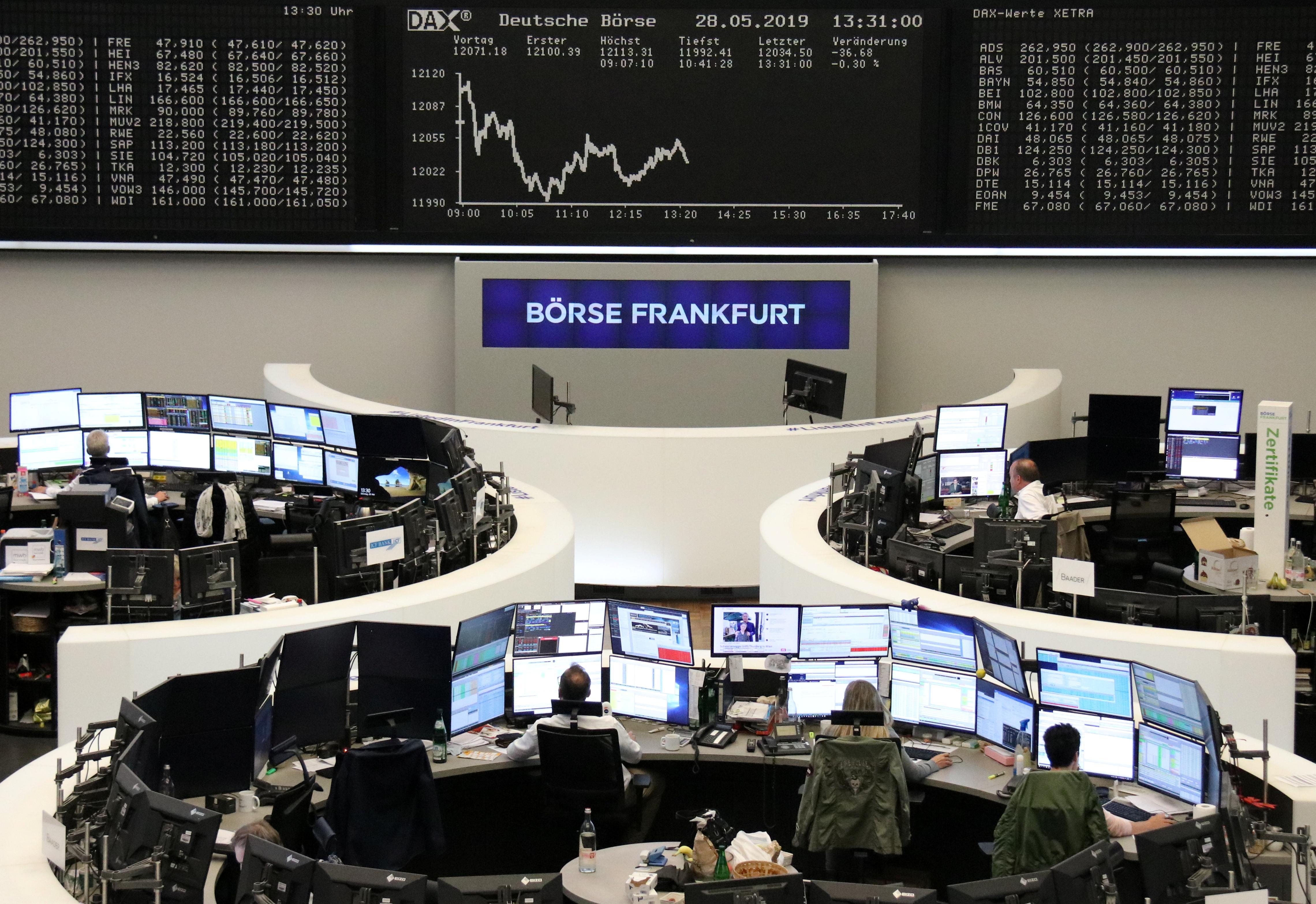 Those concerns dragged MSCI’s global equity index down 0.4% to a 2 1/2-month low following losses across Asia.

Concerns over the fate of Britain’s exit from the European Union also helped drive U.S. 10-year yields about 10 basis points below the 3-month rates, an inversion typically seen as a leading indicator of a recession. The inversion is the deepest in almost 12 years.

“What I see as more consistent is that typically when the yield curve inverts you get central bank easings. So the question about recession would be: would the U.S. Fed ease enough to avoid a recession?” said Chris Rands, Sydney-based fixed income portfolio manager at Nikko Asset Management.

“The fact that you have got a bit more noise around the trade war now at the same time as manufacturing is rolling over — it’s getting people to think that things are a little bit worse than they had expected,” he said.

Currency activity was muted, with the dollar index, tracking the U.S. unit against six major currencies, up at 97.905. The dollar is on track for a fourth month of gains, benefiting from flows away from markets such as Asia that are considered at greater risk from trade wars.

Commodity markets were also dominated by fears of a global economic downturn. Brent crude was off more than 1% at $69.15 per barrel. Gold benefited from the safe-haven bid, rising half a percent to $1.285 an ounce.