The Biden administration is still sheltering children separated from close family members in federal facilities for weeks on end — something immigrant advocates and attorneys had hoped the new administration would resolve by now.

Biden administration officials have signaled they are pivoting away from Trump administration policies they felt were inhumane toward migrants, especially children. But as federal agents grapple with a rising influx of unaccompanied immigrant children at the U.S.-Mexico border, what to do with the children who come with an adult that is not their parent is becoming a rising concern.

The migrant children often arrive with a grandparent, older sibling or other relative but are separated until federal officials can confirm the accompanying adult is their relative, as mandated under U.S. law. The procedure, which is different from the highly controversial Trump administration policy of separating immigrant moms and dads from their children, is designed to protect minors from human traffickers and grant them legal protections.

But it also classifies the youngsters as “unaccompanied minors” and places them in federal shelters until a sponsor or adult is vetted, a process that can take several weeks or even months. 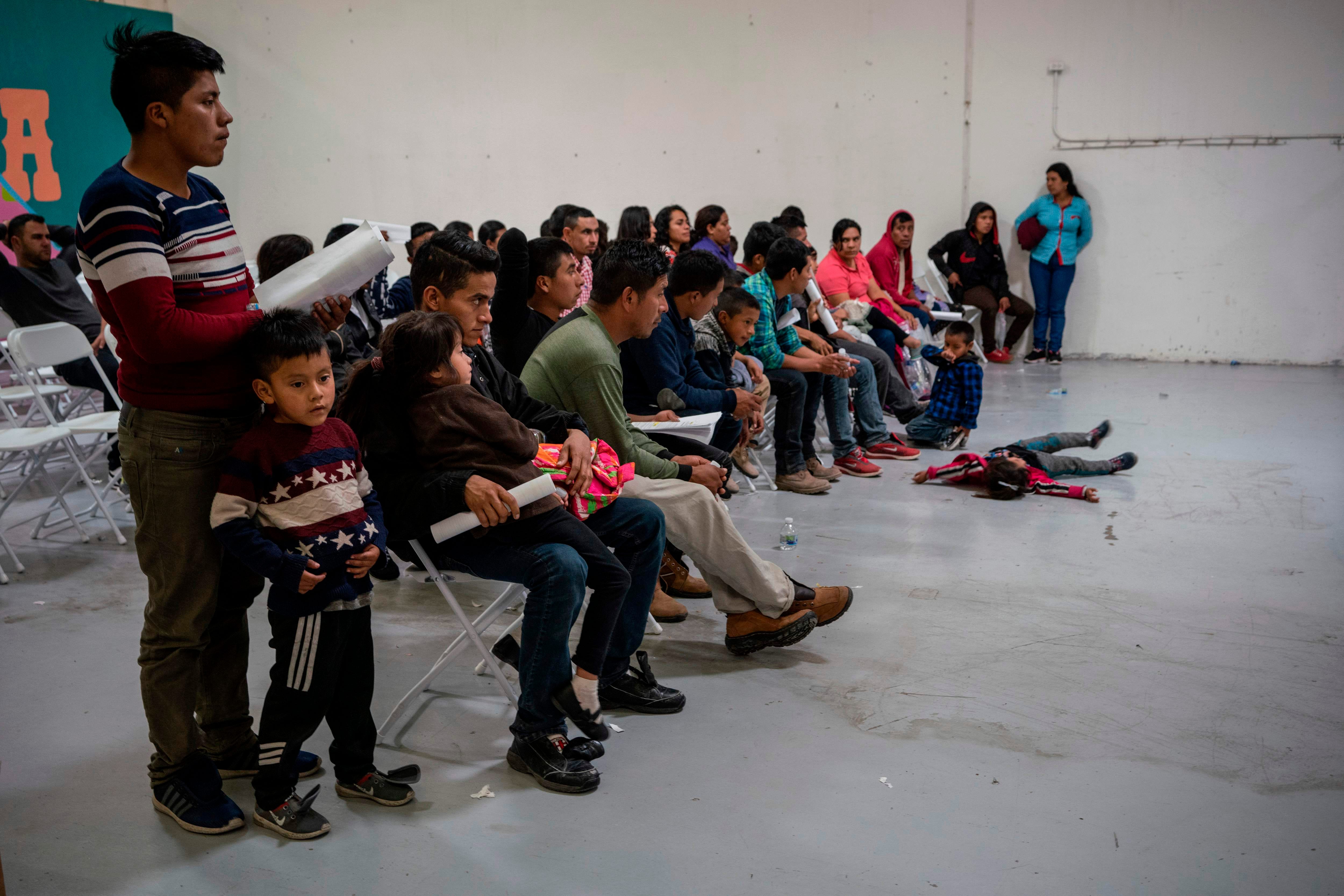 Migrant children from different Latin American countries wait to make travel arrangements at the Casa del Refugiado, or The House of Refugee, a new center opened by the Annunciation House to help the large flow of migrants being released by the United States Border Patrol and Immigration and Customs Enforcement in El Paso, Texas, on April 24, 2019. (Photo: PAUL RATJE, AFP/Getty Images)

Though not as dramatic as Trump administration-era family separations, which unleashed a furious backlash, separating children from close relatives could be equally detrimental, said Lisa Koop, associate director of legal services at the National Immigrant Justice Center, a legal advocacy group that represents immigrant youth.

“It really does look and feel in many ways like a parent-child separation,” Koop said. “The trauma of the separation is very similar.”

A growing wave of unaccompanied children at the border is fast becoming President Joe Biden’s first major immigration challenge. More than 4,000 migrant children were transferred in January to the custody of the U.S. Office of Refugee Resettlement, the agency tasked with caring for them once they cross the border — up from 3,330 in December and nearly four times the number that arrived in October, according to agency statistics.

At a press briefing Friday, White House spokeswoman Jen Psaki re-emphasized that the Biden administration intends to take a different approach to processing the children than former President Donald Trump did, even as the number of minors at the border continues to climb.

“We’re going to chart our own path forward,” she said. “And that includes treating children with humanity and respect and ensuring they’re safe when they cross our borders.”

But where to house all the children as they await immigration proceedings remains a daunting question. The resettlement agency oversees about 7,000 beds for the minors due to reduced capacity because of COVID-19 restrictions and this week it had about 7,700 migrant children in its custody, according to the statistics. Some of the excess number of children were being housed in at least one “Influx Care Facility,” or temporary shelter, with no state oversight. 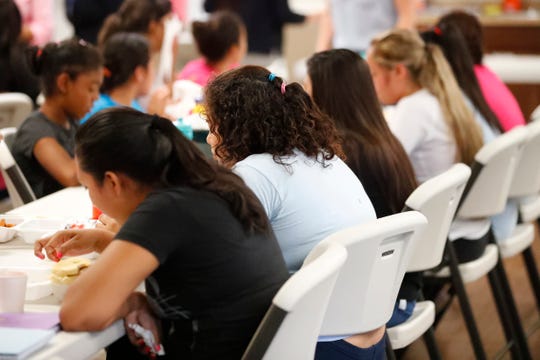 Girls eat lunch at a shelter for migrant teenage girls, in Lake Worth, Florida, on Sept. 24, 2019. (Photo: Wilfredo Lee, AP)

Federal officials were housing 224 of the children at a temporary shelter in Carrizo Springs, Texas, which has drawn criticism from advocates due to the facility’s remote location and lack of regular inspections. The 700-bed facility was shuttered in July 2019 after the Trump administration faced blowback for poor conditions at a number of temporary shelters housing unaccompanied children. Biden reopened the facility last week.

Among the thousands of children appearing at the border are those who show up with an adult other than their parent. The exact number of those minors is unknown. The resettlement agency referred questions about that group of children to the U.S. Department of Homeland Security. A U.S. Customs and Border Protection spokeswoman on Friday said the agency doesn’t keep those stats.

Leah Chavla, a senior policy advisor at the Women’s Refugee Commission, a non-profit that helps migrant children, said she’s noticed a steady rise in the number of children arriving at the border with a parent other than their guardian and placed into federal custody, though exact numbers are hard to come by.

“We don’t have good numbers because CBP doesn’t collect data on that,” she said. “But there is a lot. We’ve observed it, we’ve heard it from service providers. It’s happening more so than in the past.”

Under the Trafficking Victims Protection and Reauthorization Act of 2008, children who show up with an adult who are not their parent are classified as unaccompanied minors to make sure they’re placed in less restrictive facilities, avoid expedited deportation status and their immigration case is presented as an interview in front of an asylum officer rather than a more former court setting. 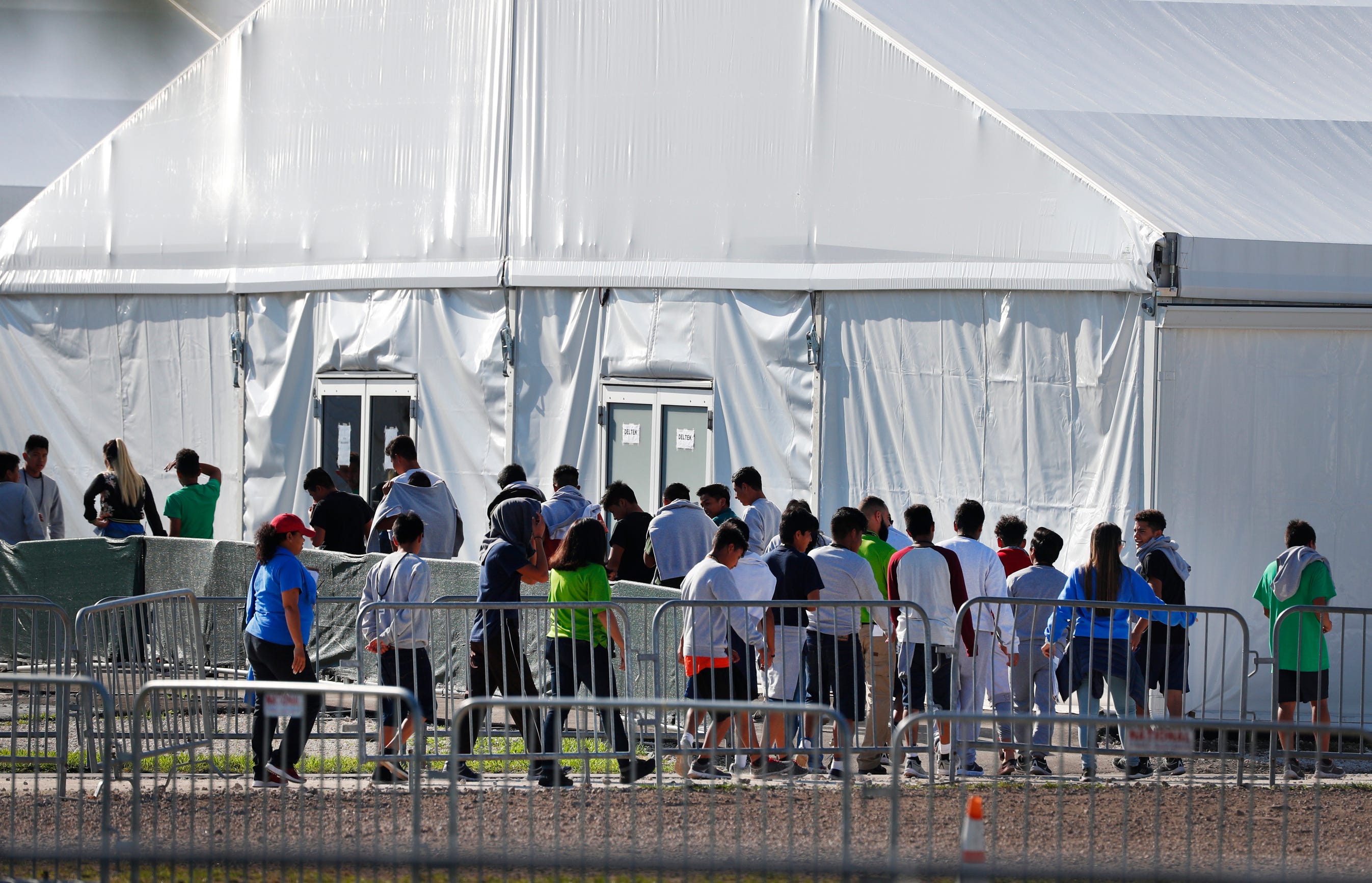 In this Feb. 19, 2019 file photo, children line up to enter a tent at the Homestead Temporary Shelter for Unaccompanied Children in Homestead, Fla. (Photo: Wilfredo Lee, AP)

“It is a very complex situation,” said Wendy Young, president of Kids In Need of Defense, an advocacy group for refugee and immigrant children, “and one that we are hoping the new administration will address aggressively.”

Homeland Security Secretary Alejandro Mayorkas said at a White House press briefing this week that his agency is considering locating officials with the U.S. Department of Health & Human Services at Border Patrol stations to more quickly verify if migrant children have sponsors in the United States and reunite them with relatives.

“We are taking a look at where efficiencies can be achieved in the best interest of the child,” he said.

Often, parents who have been living in the United States will send for their young children with an older sibling, said Koop, the legal advocate. Other times, a grandparent who has raised the child since birth will take the arduous journey with them and arrive at the U.S. border — only to be separated from the child for weeks or maybe months, she said.

“There should be a way legally for the children to be essentially reunified in place with the adult caregiver without having to go through the entire system,” she said.

Linda Brandmiller, a San Antonio immigration attorney who represents unaccompanied minors, said children arriving at the border with relatives and shuttled through federal shelters has been a challenge for years.

Two years ago, she represented a 10-year-old boy from Mexico who arrived at the border seeking asylum with his 18-year-old sister. Since the sister was old enough, she was placed in an adult facility, while the boy shuttled between federal shelters, she said. Even though he had an uncle living in San Antonio who was a U.S. citizen and willing to sponsor him, it took Brandmiller two months to have the boy released.

Those types of cases are only going to increase as more immigrant families and children arrive at the border, she said. Brandmiller said she understands children need to be protected against possible human traffickers, but verifying next of kin shouldn’t take as long as it does.

So far, the process hasn’t noticeably improved under the Biden administration, she said.

“The frustration is almost worse,” Brandmiller said. “We had expected so much better.” 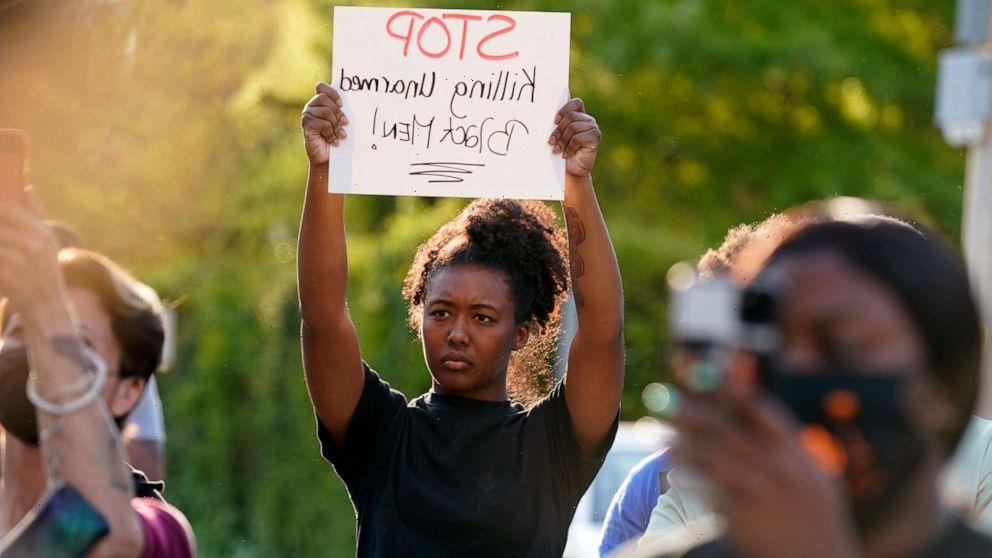