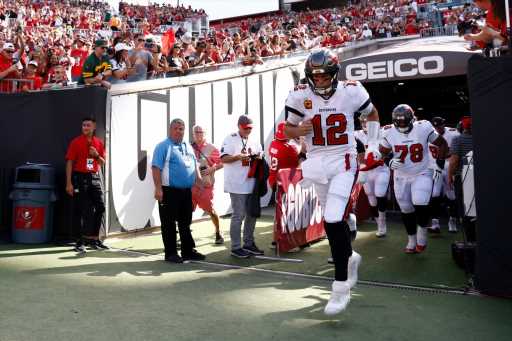 The Glazer family, owners of the Tampa Bay Buccaneers, said Thursday that it will be donating $1 million the disaster relief efforts in Florida following Hurricane Ian.

“The destruction suffered in Southwest Florida and the damage inflicted throughout our state will be felt for some time,” Buccaneers co-owner Darcie Glazer Kassewitz said. “It will take entire communities resiliently working together for an extended period, and our family is committed to aiding in the recovery. Our thoughts and prayers are with the countless people affected, the heroic first responders and all of those helping to keep others safe.”

Bucs quarterback Tom Brady said today he also made a donation, to the Florida Disaster Fund.

Ian hit Florida’s western central coast on Wednesday as a Category 4 storm, one of the biggest storms in U.S. history, wreaking havoc on property and infrastructure with heavy winds, rain and storm surge. An estimated 2.6 million residents are without power as Ian passed through the state and is re-energizing before making landfall again Friday in South Carolina.

The Bucs play at home Sunday in a Sunday Night Football matchup against Kansas City. The league had a plan to move the matchup to Minneapolis if necessary, but Tampa, FL avoided the brunt of the the hurricane’s force so the team said Thursday it would be able to play at home.

‘LOTR’ Claims Nielsen Streaming Ring, Beating ‘House Of The Dragon” – With An Asterisk