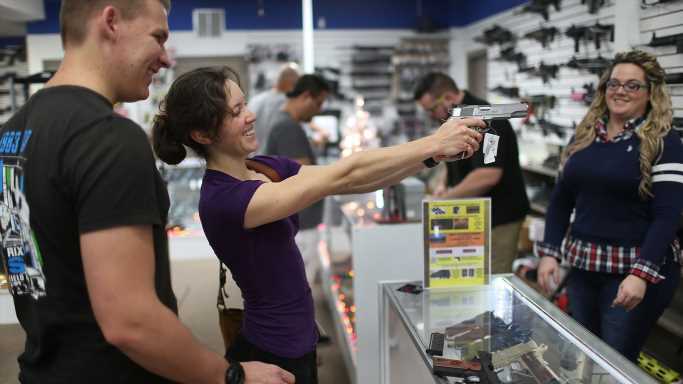 Several theories explain the sharp rise in gun sales over the past two years and the subsequent drop in 2022. Violence in American cities during protests is one reason for the increase. These have been much less frequent recently. Another notion is that the pandemic has increased concerns (perhaps irrationally) about protecting one’s property. The 2022 background check figures show that these factors may have begun to disappear.

Despite the decline in sales, gun violence continues to be a regular part of the news headlines this year. Murders in American cities spiked last year, particularly in large cities. So far this year, the trend has continued. Some metro areas, such as Milwaukee and Philadelphia, have reported a sharp increase in the number of murders, which in most cases involve guns.

According to the Gun Violence Archive, there have been 14,580 gun deaths in America so far in 2022 (figure taken on May 4). Even with stricter gun ownership and purchasing laws, the difficult fact is that about 400 million guns currently are owned by private citizens, the police, and the military. The chance that civilians who own guns will turn them into the government, no matter what the incentive, is small. (These are cities where murder rate is soaring.)

Total gun sales remained high in some states. Background check figures were particularly high in Illinois, which topped all states, at 1,470,238 during the first four months. That was barely ahead of second-place Kentucky at 1,418,311. (These are states where crime is soaring.)

To determine how many guns were sold in each state so far this year, 24/7 Wall St. reviewed data on background checks data from Jan. 1, 2022, to April 30, 2022, from the FBI’s NICS Firearm Checks. We used the background checks as a proxy for year-to-date gun sales. Population data used to calculate gun sales per capita came from the U.S. Census Bureau’s Population and Housing Unit Estimates program and are for July 1, 2021.