Growth in the U.S. could surge on the stimulus plan and a rapid vaccine rollout. 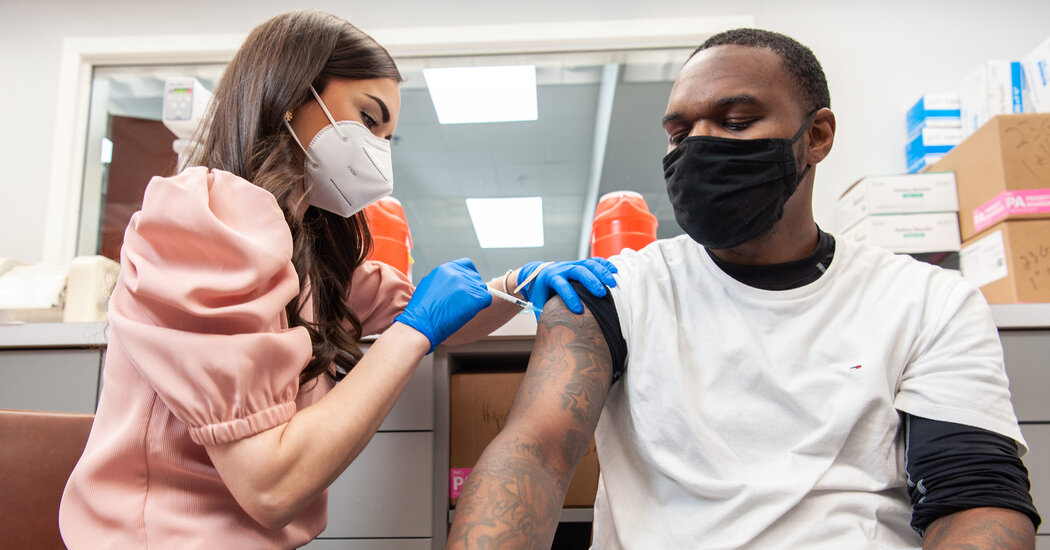 The American economy will accelerate nearly twice as fast as expected this year as the coming passage of President Biden’s $1.9 trillion stimulus plan, combined with a rapid vaccine rollout, ignites a powerful recovery from the pandemic, the Organization for Economic Cooperation and Development said Tuesday.

But countries that are stumbling in the pace of their vaccination campaigns, especially those in Europe, risk falling behind in the global recovery as a failure to beat back the spread of the virus forces governments to keep swaths of their economies closed, delaying the chance for people to get back to normal lives, the organization said.

In its half-year outlook, the organization said the United States would expand 6.5 percent this year, up sharply from 3.2 percent forecast in December. The surge in the world’s largest economy will generate enough momentum to help lift global output 5.6 percent, from a 3.4 percent contraction in 2020.

China, which contained the virus earlier than other countries, remains a big global winner, with growth of 7.8 percent forecast.

Although a global recovery is in sight, spending by governments intended to jump-start their economies will have limited impact unless authorities accelerate national vaccine rollouts and relax virus containment measures, the report added. If vaccination programs aren’t fast enough to cut infection rates, or if new variants become more widespread and require changes to vaccines, consumer spending and business confidence would be hit.

“Stimulus without vaccinations won’t be as effective because consumers won’t go out doing normal things,” Laurence Boone, the O.E.C.D.’s chief economist, said in an online news briefing. “It’s the combination of health and fiscal policy that matters.”

That is especially the case for Europe, and Germany and France in particular, where a mix of poor public health management and slow vaccination programs are weighing on a recovery, despite billions in government support. Such spending “won’t be fully effective as long as the economy doesn’t reopen,” Ms. Boone said.

India’s economy is expected to grow 12.6 percent after a 7.4 percent fall in 2020, the organization added.