Every Airplane in Taiwan’s Air Force 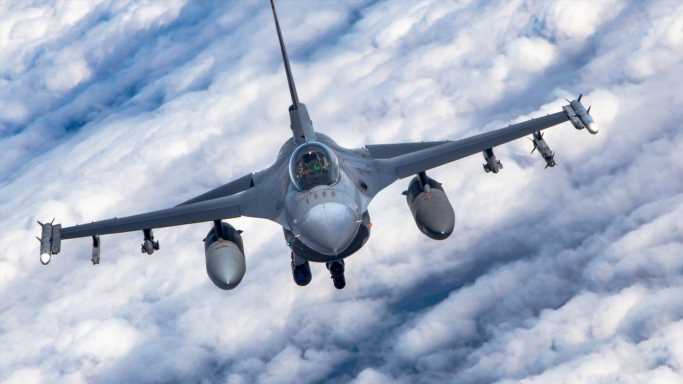 Taiwan’s air force showed off in July its first locally designed and manufactured trainer jet in more than 30 years. The jet trainer is part of the self-governed island’s move to advance its domestic defense industry, Reuters reported.

The AT-5 Brave Eagle, produced by state-owned Aerospace Industrial Development Corp., is the first home-grown air force asset since the F-CK-1 Ching-kuo fighter and trainer jet, which first took to the sky in 1989. The Brave Eagle can train pilots in air-to-air and air-to-ground combat and is able to land and take off with less runway. The combat version of the jet remains in its testing phase.

Taiwan intends to produce 66 Brave Eagles by 2026 to replace its aging and accident prone  domestically made AT-3 Tzu Chung and the F-5 Tiger II, designed and produced by U.S. defense company Northrop Grumman.

Taiwan’s efforts to modernize its air force comes amid heightened tensions with China, which has claimed Taiwan as its sovereign territory ever since Taiwan implemented self-rule in 1949. Simmering tensions regarding Taiwan were exacerbated during House Speaker Nancy Pelosi’s controversial visit to Taipei in August. The visit incited Beijing to initiate aggressive military drills around the island.

With only about 500 planes, Taiwan’s air force is small. It has nine models of aircraft, including 142 F-16s and 129 F-CK-1 Ching-kuos, which are used both as trainers and fighters. The oldest jet in Taiwan’s air force is the Beechcraft T-34 Mentor basic trainer jet, which saw its first flight in 1948. The Brave Eagle, which had its first flight in 2020, will become Taiwan’s newest addition to its air force. (These are the largest air forces in the world.)

To find every airplane in Taiwan’s air force, 24/7 Wall St. used data from the World Directory of Modern Military Aircraft as of May 2021 about the different types of aircraft in service in the Republic of China Air Force. Aircraft are ordered by total planes in service. Information on first flights also comes from the WDMMA. Helicopters were excluded from this list, as were planes that are on order, according to the WDMMA, but not yet delivered. (See also, every airplane in the Chinese military.)

Here is every plane in Taiwan’s air force.

Lates News:
2022-08-15
Previous Post: Do Kwon Gives First Public Interview Since Terra’s $40 Billion Collapse
Next Post: Is There Such a Thing as a Bullish Rate Hike?