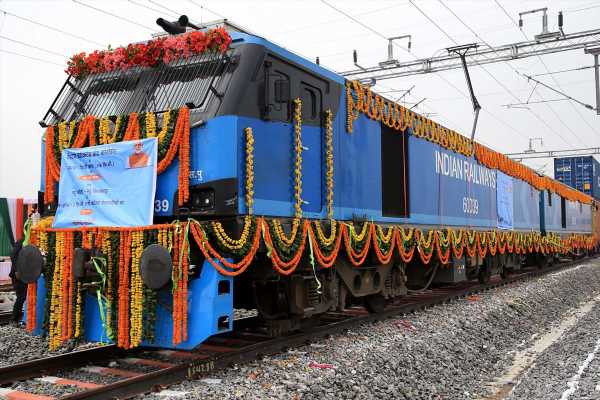 The railways ministry has rolled out a five-pronged energy efficiency plan to become carbon-neutral by 2030. The ministry is looking to reduce overall energy use with efficient operations and increase renewable energy usage.

India, in its commitment to the United Nations Framework Convention on Climate Change, has set a target to become net zero by 2070. For the railways, the target year is 2030.

“The policy is broadly centred around five action points — sustainable buildings, cloud-based data monitoring and management portal, energy efficiency in equipment and appliances, power quality and restoration, and capacity building and awareness,” the ministry said in its policy directive issued on Saturday.

Non-traction operations are those which are not directly connected to the running of trains on the railway network.

Business Standard reported that the railways is aiming to increase its quantum of renewable energy in non-traction by installing rooftop solar panels on all railway establishments.

“Non-traction end-uses account for over 2,100 GWh of electricity use per year, projected to increase by 30 per cent by 2030 as Indian Railways network and infrastructure expands.

“Achieving the Net Zero Emissions target requires an integrated approach to reducing energy use intensity of existing and future infrastructure along with a shift to renewable energy sources,” the Railways said.

The ministry is looking to induct new technology such as artificial intelligence and the Internet of Things (IoT) to keep a close watch on its greenhouse gas emissions.

Sources in the know of the matter suggested that the railway board has sought the inputs of the Research Development and Standards Organisation to come up with innovative ways to reduce its carbon output.

The Railway board plans to ensure that buildings are compliant with the Shunya standards of net-zero emissions set by the Bureau of Energy Efficiency.

“It is essential for India to promote and scale up innovative low-carbon cooling solutions as a substitute to conventional appliances using vapour compression to lower mortality rates related to extreme heat events and rising average temperatures,” the Railways said.

Along with sustainable cooling solutions, the Railways also aims to integrate automatic power factor correction in all its establishments.

In its policy letter, the ministry has asked zonal railways to chalk out an action plan for energy efficiency within 15 days.

On the traction front, the Railways is undertaking electrification on its tracks along with a simultaneous shift to electric locomotives.

Union Railways Minister Ashwini Vaishnaw on Saturday said the national transporter completed over 7,000 kilometres (km) of electrification on its rail network. In FY23, the railways achieved 1973 route km of electrification, which is 41 per cent higher than the previous year.

However, experts said electrified trains, which operate through power supplied via grids, cannot bear fruit as long as the grid itself is powered by coal instead of renewable sources.