UK sales of vinyl records are set to reach a three-decade high as fans unable to attend live music events during the pandemic channel their spare cash into building up their record collections.

Vinyl sales are up almost 10% this year, well on track to break the £100m mark by the end of 2020, making for the best year since 1990 when Sinead O’Connor and New Kids on the Block topped the charts. Sales by volume are also set to beat last year’s 4.3m.

It marks a remarkable bounce back given the market for physical music, from vinyl and CDs to cassettes and DVDs, plunged by almost half in April as the first lockdown shut high streets across the nation.

UK music industry will halve in size due to Covid, says report

“We have seen 250% growth from the bottom of lockdown to where we are now,” said Drew Hill, managing director of Proper Music, the UK’s biggest independent distributor of vinyl and CDs. “I thought it could be catastrophic for the industry but during lockdown the kind of people buying records also probably went to a lot of gigs. They can’t do that so it seems fans are spending the money they used to on going to gigs each month on records.” Last week, Kylie Minogue wound back the years as Disco topped the vinyl album chart.

The pandemic has also fuelled the ongoing revival of cassettes, with sales up 85% so far this year, putting total sales on course to top £1m for the first time since renewed interest wound back the years for the format.

However, the picture is much less rosy for CDs, already facing inexorable decline at the hands of the streaming revolution, with sales down 30% in the year to date, according to the Entertainment Retailers Association (ERA). If that trend continues in the final weeks of this year CD sales will reach about £150m, the worst year since 1987. 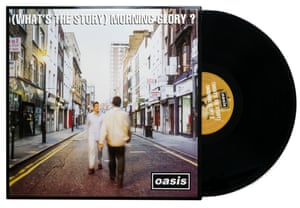 “It’s an extraordinary turnaround,” said Kim Bayley, the chief executive of the ERA. “Thirty years ago the compact disc was the aficionados’ format as people pursued the dream of ‘perfect sound’. But with the mass market turning increasingly to streaming, vinyl and even cassette have become the aficionados’ formats of choice.”

Proper Music’s Hill said that despite the decline in the popularity of the CD the pandemic would not spell the death of the format. Revenues at his business, which ships 8m CDs and vinyl records annually, will climb a third this year to £33m.

“From the beginning of lockdown to now, CDs have actually made a remarkable recovery,” says Hill, who points out that weekly sales have tripled since the nadir in April. “I don’t know if I’d say it looked like the death of the CD in April, but sales have made a remarkable recovery from the levels we saw then. If the CD was in [terminal] freefall [because of the pandemic] I wouldn’t have expected to see that sort of bounce back.”

The ERA says that the high street shutdown means that this year will mark the first time that more than half of the total sales of physical music products will be online – with Amazon reaping the lion’s share – but HMV and independent retailers have also benefited.

Natasha Youngs, co-owner of Brighton-based record store Resident, said that owners have worked hard to shift sales online but it has proven difficult given vinyl fans’ love of the in-store browsing experience.

“We’ve had to adapt our business to provide our customers with as close to a normal service as possible and customers have really responded,” said Youngs. “As a result our online sales are considerably up year on year. But this in no way compensates for the sales we have lost over the counter. We can’t provide the face-to-face service that we pride ourselves on – it is missing a vital element of what a record shop is all about.”

Top-selling vinyl albums of 2020 so far 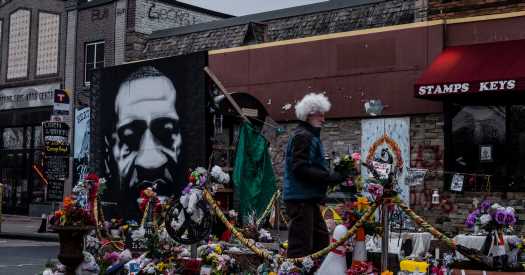