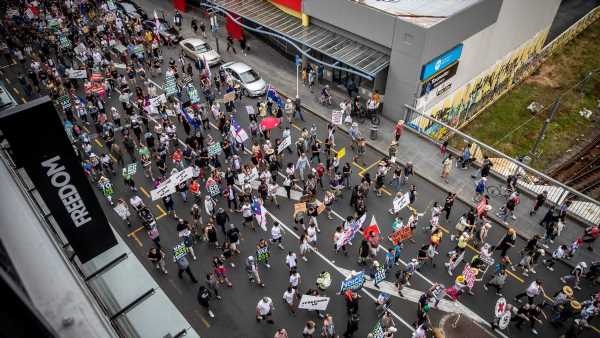 An Auckland business leader is worried about Auckland Transport’s plans to remove kerbside car parks from some major arterial routes.

But he says many of those have already disappeared to make way for more buses and he does understand the need for changes.

Mark Knoff-Thomas of the Newmarket Business Association said he understood the need to discourage private car use in the city.

But he is worried about whether there are truly viable ways to encourage more people to use public transport.

The Herald reported this week how Auckland Transport is looking to remove kerbside parking on 240km of roads over the next 10 years to get people out of their cars and on to bikes and public transport.

In a big shake-up of parking, AT says cars will be the “lowest priority” of kerbside space on strategic and feeder roads and be automatically removed for projects like bus lanes and cycleways.

The changes are contained in a draft Parking Strategy that includes plans to begin charging motorists $2 to $4 a day at park and ride stations.

Knoff-Thomas said he could see two sides to the plans.

“The challenge for Auckland Transport is to deliver a fully-integrated transport system across multiple modes. In Sydney and London, none of us would think about driving, we’d just use public transport,” he said today.

“One thing that alarms me with what could happen is that we don’t want Broadway to become a thundering tunnel of buses and nothing out.

“We’re about traffic calming to make the experience for people on foot to be a pleasant one. We want to make sure what AT does is considered and takes into account the nature of the town centre and it’s not just a through-tunnel because we’re a destination in our own right,” he said.

The impact of removing what’s left of kerbside parking on Khyber Pass Rd would be frustrating for some of the small business owners, as well as on Broadway, he said.

“But this has been a slow-burning fuse. A lot of carparking has already been taken away from Khyber Pass Rd for a dedicated busway.

“Large parts of Broadway don’t have parking either. There are some parks and their loss will be frustrating. But anything AT decides to do, they really need to think carefully how businesses operate with deliveries and loading. So often, that’s overlooked and it can really affect businesses badly with courier drivers being unable to get close with large amounts of stock.”

He believes there’s a certain amount of inevitability in axing kerbside parking.

“We have more than 7000 carparks in buildings in Newmarket with Westfield, Tournament, etc. We’re really well served,” he said.

“What I’d like to see is AT offering a world-class public transport system which is efficient, reliable, fast and cheap and they haven’t got to that point yet. You’ve got to have good transport and we’re well served for that.

“But it’s been a ropey start to the year. They cancelled so many services in January. We encourage people to come to Newmarket on public transport and then they can spend more time here and have a drink over lunch.”

The Automobile Association says AT needs to be very careful about how its parking removal policies are rolled out.

“We’re concerned that AT has an unrealistic perception of the ability of the public transport system to meet Aucklanders’ travel needs,” said policy director Martin Glynn.

He acknowledged turning parks over to give more space to other modes made sense and AT had to address the emerging problem of removing minimum parking requirements on new developments.

Ruth White of the Greater East Tamaki Business Association said today she wanted further time to look at the matter in more detail. She didn’t know which roads were affected or which parts of those roads.

“Having efficient arterial transport corridors is important in supporting business and reducing climate change impacts. If off-street parking is removed however close to commercial centres, adequate off-street parking needs to be provided in replacement through high-density parking buildings.

Viv Rosenberg of the Ponsonby Business Association said she doesn’t yet know precisely which roads in her area are affected and she wants more details. Only once she’s au fait with the plans and how they could affect Ponsonby will she be able to speak, she said.