Argentina’s government has authorised its central bank to prop up the struggling peso by imposing currency controls on its companies.

The decision was seen as a blow to anti-interventionist president Mauricio Macri’s administration as his supporters and financial markets eye national elections next month that polls suggest will see leave his left-leaning rival triumphant.

The Central Bank of Argentina has been selling off billions of dollars of reserves in an effort to halt a dramatic slide in the peso’s value since Alberto Fernandez’s success in pre-election primaries last month.

His vice-presidential candidate is former president Cristina Fernandez de Kirchner, whose protectionist and high spending policies in the debt-laden country were unwound to some extent by the Macri government.

Market confidence was further shaken last week when ratings agency Standard & Poor’s downgraded Argentina’s creditworthiness further into junk bond territory, accusing the country of defaulting on its debts as it seeks to extend bond maturity dates and its obligations to the International Monetary Fund (IMF).

In addition to the sale of currency reserves, the Bank has previously barred financial institutions in Argentina from paying dividends to shareholders without its authorisation.

That is aimed at ensuring lenders have enough cash on hand in case of a slump in consumer confidence.

The latest restrictions are purely aimed at shoring up the peso – which has lost more than a third of its value against the dollar since the results of the primaries – taking it to 59.52 pesos per dollar on Friday.

It was at a level of 52 pesos to the dollar on Monday after the decree was announced. 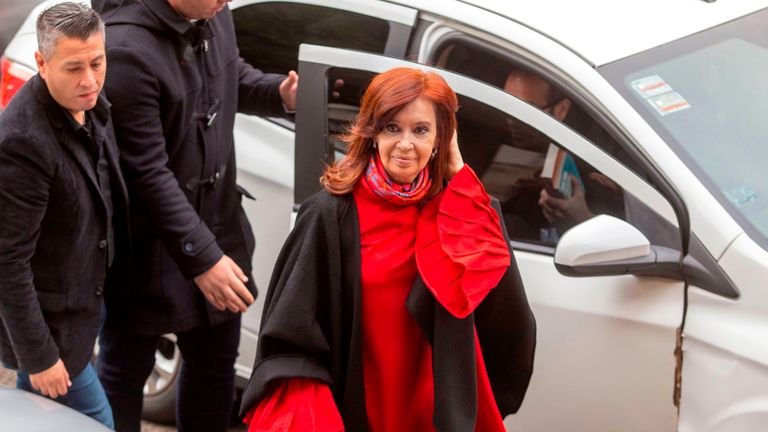 It means companies will need permission to access the foreign exchange market to purchase foreign currency and make transfers abroad.

Individuals will also be restricted from buying more than $10,000 a month, or making transfers exceeding that amount per month.

The government of Latin America’s third largest economy signalled the decisions were not taken lightly.

Treasury Minister Hernan Lacunza called the measures “uncomfortable” in an interview with a local TV station but said they were necessary for avoiding a worse situation.

“They are not measures for a normal country,” the minister said.

“If we do not do it, the consequences would be serious.”

An IMF spokesman said: “Staff will remain in close contact with the authorities in the period ahead and the Fund will continue to stand with Argentina during these challenging times.”