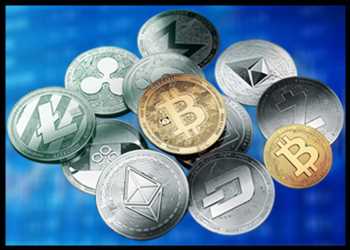 Cryptocurrencies continued to decline amidst panic across world markets on inflation and the tight monetary policy measures likely to be pursued to control it. The prospect of rising interest rates and the challenges to economic growth rattled investor sentiment not just in the digital space, but also across stocks and commodities.

Markets now await the non-farm payrolls data due Friday to speculate whether the strength of the labor market would suffice to goad the Fed into a forceful fight against inflation, in tandem with the hints at the recent Jackson Hole symposium.

The US economy is seen adding 300 thousand jobs in August versus the 528 thousand jobs added in July of 2022. A strong reading on the non-farm payrolls would imply a resilient labor market that is getting close to full employment and further strengthen the case for a big rate hike by the Fed in the FOMC later this month as well.

Also, several central banks would review interest rates next week, ahead of the Fed’s next review due in the third week of September.

Anxiety is writ large and crypto markets have dropped by more than one percent in the past 24 hours. The onset of a tight monetary policy regime has had a telling effect on crypto market sentiment, dragging down market capitalization from $2.2 trillion at the end of 2021 to $978 billion currently.