Bloomberg Strategist on $ETH vs $BTC: “Ethereum’s Upper Hand Could Be Enduring” 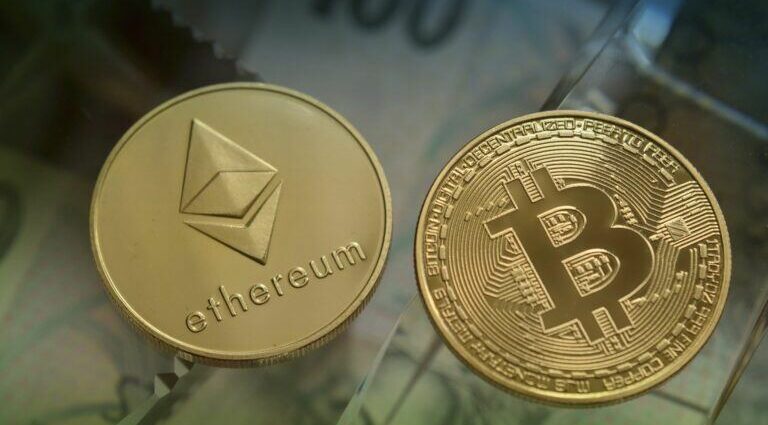 On Thursday (5 January 2023), Mike McGlone, a Senior Macro Strategist at Bloomberg Intelligence (Bloomberg’s research arm on the Bloomberg Terminal”), shared his outlook for Bitcoin and Ethereum.

In the January 2023 edition of Bloomberg Intelligence’s “Crypto Outlook” report, McGlone (and the two contributing analysts he worked with on this research) said:

“Ethereum’s upward performance vs. Bitcoin has been unshaken by 2022 deflation in most risk assets and may be gaining underpinnings. At a ratio of about 0.07, the Ethereum/Bitcoin cross rate is the same as in May 2021, when the Nasdaq 100 Stock index was about 20% higher.

“Our graphic shows the enduring trend of the No. 2 crypto outperforming No, 1, which appeared coincident with the rise of risk assets. The 2022 drop of about 30% in the index is part of a receding tide, including about a 70% decline in Ethereum. Migration into the mainstream is our takeaway, and once the dust settles from some reversion in risk assets amid inflation pressure, Ethereum appears more likely to resume what it’s been doing — outperforming.“ In a video update released on 31 December 2022, James Mullarney, the host of the very popular YouTube channel “InvestAnswers”, shared his predictions for Bitcoin and Ethereum in 2023.

According to a report by The Daily Hodl, Mullarney had this to say about Bitcoin:

“Late 2023, or sometime after summer 2023, the Bitcoin bull run could begin again. No guarantees in this but, looking at everything that I know, we had a very, very bad year. Bitcoin is very beaten down. It doesn’t stay down forever. It is under massive accumulation. The supply is thinning on exchanges. Every single technical indicator you could look at says it’s a bottom. And people are educated now. They know what the halving is all about, and they know to front run it. So I believe in late 2023 there will be a Bitcoin bull run.”

As for Ethereum, Mullarney said:

“We do have some stuff happening in March 2023. Stakers out there who stake their Ethereum who are currently receiving about 5% annual interest for committing their ETH to secure the chain… But, withdrawals have not been enabled, but they will be enabled in March 2023. Enabling Beacon chain withdrawals… could give stakers more confidence in staking more. I think about 13% is currently staked of the total supply, but in the meantime, those who have been waiting a long time, like six to nine months or more to get their ETH back, they will sell, and this will cause a bit of sell pressure.

“But I also do think it’ll also – after the sell pressure happens – it will bring about much more staking, even maybe from institutions who want to get some of that 5% for staking their ETH which will be a growing asset as well in the next bull run.“

Lates News:
2023-01-05
Previous Post: A Rebound Coming for Software Stocks? Jefferies Has Top Picks Now
Next Post: Drugged up Prince Harry claims he talked to a bin during coke and mushroom binge