“Coinbase has banned Gab’s account. Centralized crypto exchanges/wallets are… contradictory to everything crypto stands for.”

Coinbase has made no public comment on the matter and does not specify a reason in the ban notification shared by Torba: 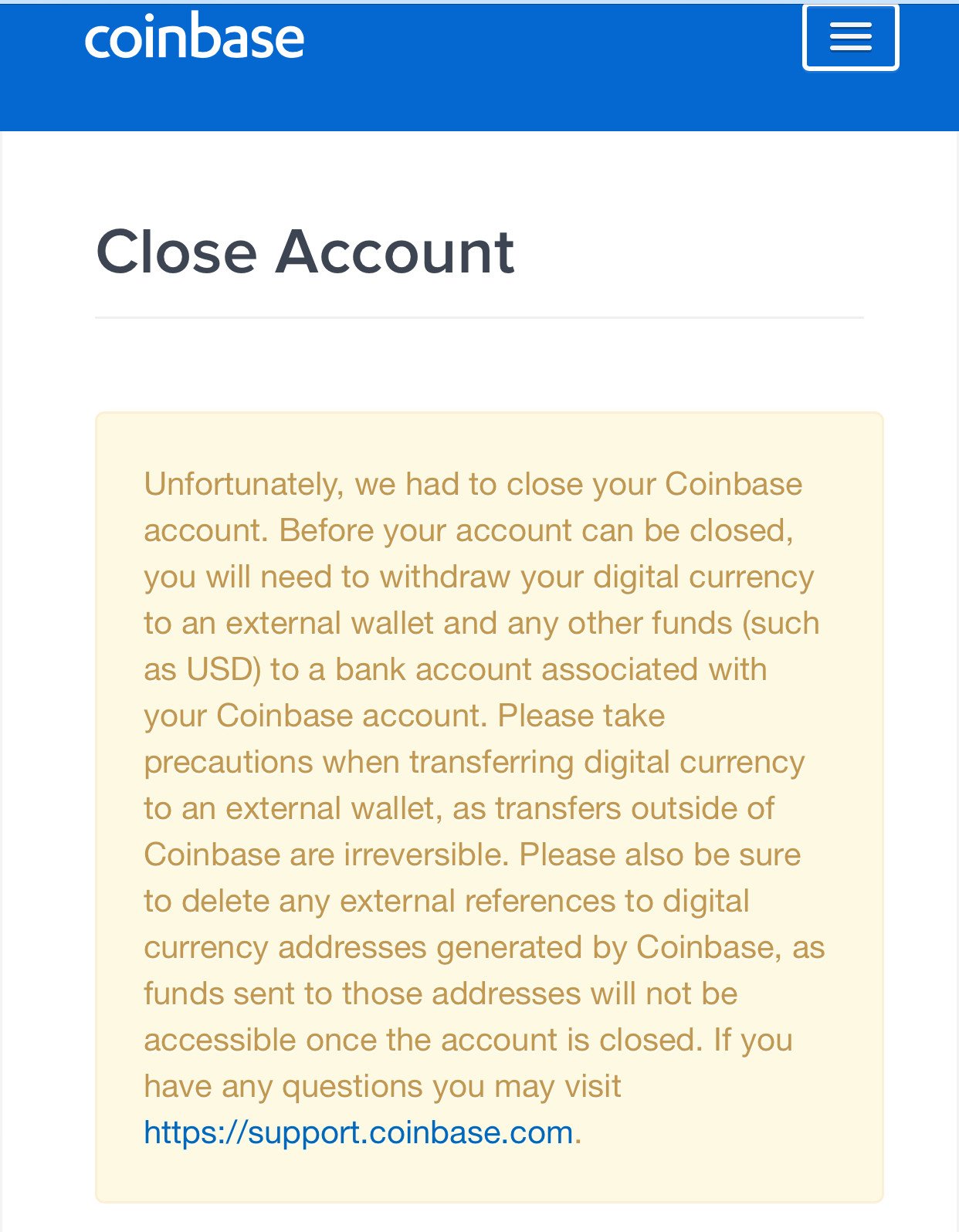 Public reaction has been mixed. Some are echoing Torba in saying the ban is against bitcoin’s spirit, and Coinbase is acting as a gatekeeper which neuters bitcoin’s censorship resistance.

We think all would find it unacceptable that no reason is given, while plenty others are arguing Coinbase is a centralized service so can do what they want. Something very different to bitcoin which is more of a public network.

Where you stand probably depends on whether you are on the right or on the left of the political spectrum. One, somewhat neutral, point however would be regarding the technology itself.

Bitcoin aimed to be a currency, payable directly for services, so needing not conversion into fiat, and thus eventually needing not services like Coinbase.

It was moving in that direction, but then faced a set-back when fees rose to $70, leading some service providers to no longer accept bitcoin for payments.

It had other problems too, primarily its very high volatility which in our view is due to a significant new issuance given to miners daily with the miners then using much of it for more hardware in an endless and – at some point which we arguably have passed – pointless loop.

Ethereum may well address the latter, and the former, through sharding for scalability and raspberry pi “mining” or staking that requires no meaningful hardware resources, and thus doesn’t exert a constant downwards pressure.

In regards to a right or left take, we’ll try to be neutral there too and say it is unlikely to be a left or right issue any longer.

A phenomena like Gab or white nationalism can be explained by the toll two decades of war had on western societies with a significant amount of pressure leading to a counter reaction.

The “smarter” kind had long been arguing starting with the protests against the Iraq War, but no one was listening, culminating in what looked like a very dangerous point during 2014-16.

They therefore tacitly started supporting the more “stupid” lot because the pen itself seemed under threat. So glossing over the stupid parts in a bet that it would be moderated away.

They were right, we can argue, regarding the end result, at least as it looks like now. Guns have stopped sounding, and hopefully they’ll remain silent.

Trump delivered on the main reason we think he was elected, stopping the war. With peace now here or in sight, the relevance of outlets such as Gab or terms like “white nationalism” may well probably go down to irrelevance, if it hasn’t already.

That’s because America, so borrowing much from Britain, knows how to do peaceful revolutions. It is that agility and flexibility that gives it strength.

We can now enjoy a detente in North Korea and there are reasonable hopes there may even be peace in Palestine perhaps within Trump’s potential two terms.

Within that context, a ban from Coinbase seems to act only to put something like Gab on pages again when their relevance dwindled following the historic election and may continue doing so as Trump addresses the main reason why there was such a thing in the first place.