Binance, one of the world’s largest exchanges, witnessed a massive inflow of USDT as much as a billion dollars [yes, you read it right, $1 billion] in Tether, which ultimately went into Bitcoin.

As seen in the visualization below, approximately $1.32 billion worth of Tether was converted into Bitcoin and other cryptocurrencies eventually in the last 24 hours.

As seen in the below pie chart representing the inflow for Binance, BTC/USDT contributed to 46.3% of the total inflow, which is worth $1.32 billion, Ethereum was the second biggest individual contributor amounting to $165 million, i.e., 5.8%. Other cryptocurrencies amounted to $853.6 million i.e., 29.6% of the total inflow. 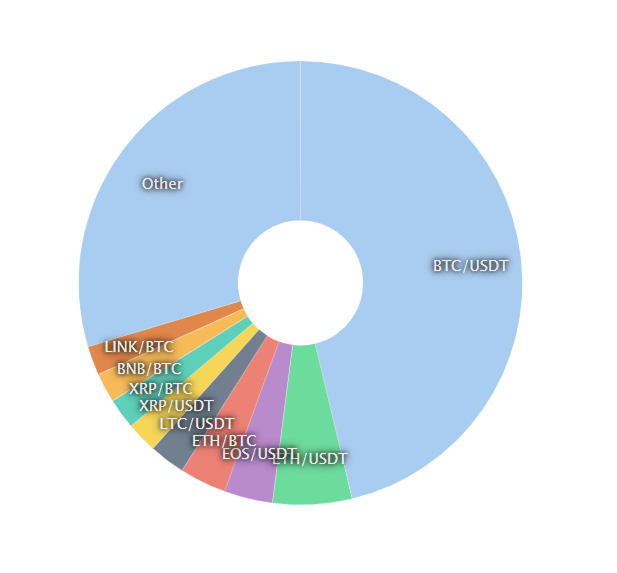 The news comes at a time when other popular exchanges like BitStamp, Bittrex, or Poloniex were barely reaching past $40 million mark in inflow.

The price of Bitcoin, at press time, was $11, 533 and the Bitcoin dominance hit 68%. If Bitcoin’s history with Tether has taught us, anything, it is that the price of Bitcoin always proceeds to pump after a massive USDT activity.