Bitcoin returns have been amazing without a doubt, but it has been touted as the most volatile asset. However, looking at how things have evolved over the last couple of years, we can say that bitcoin isn’t volatile, in fact, it is less volatile than FAANGs.

Institutions like their holdings [portfolio] to have assets that do not have massive drawdowns, meaning, the value of their portfolio shouldn’t deviate from the initial capital. With bitcoin, we know that the drawdowns are as big as 80-90%, hence, this goes against the institutions’ needs. 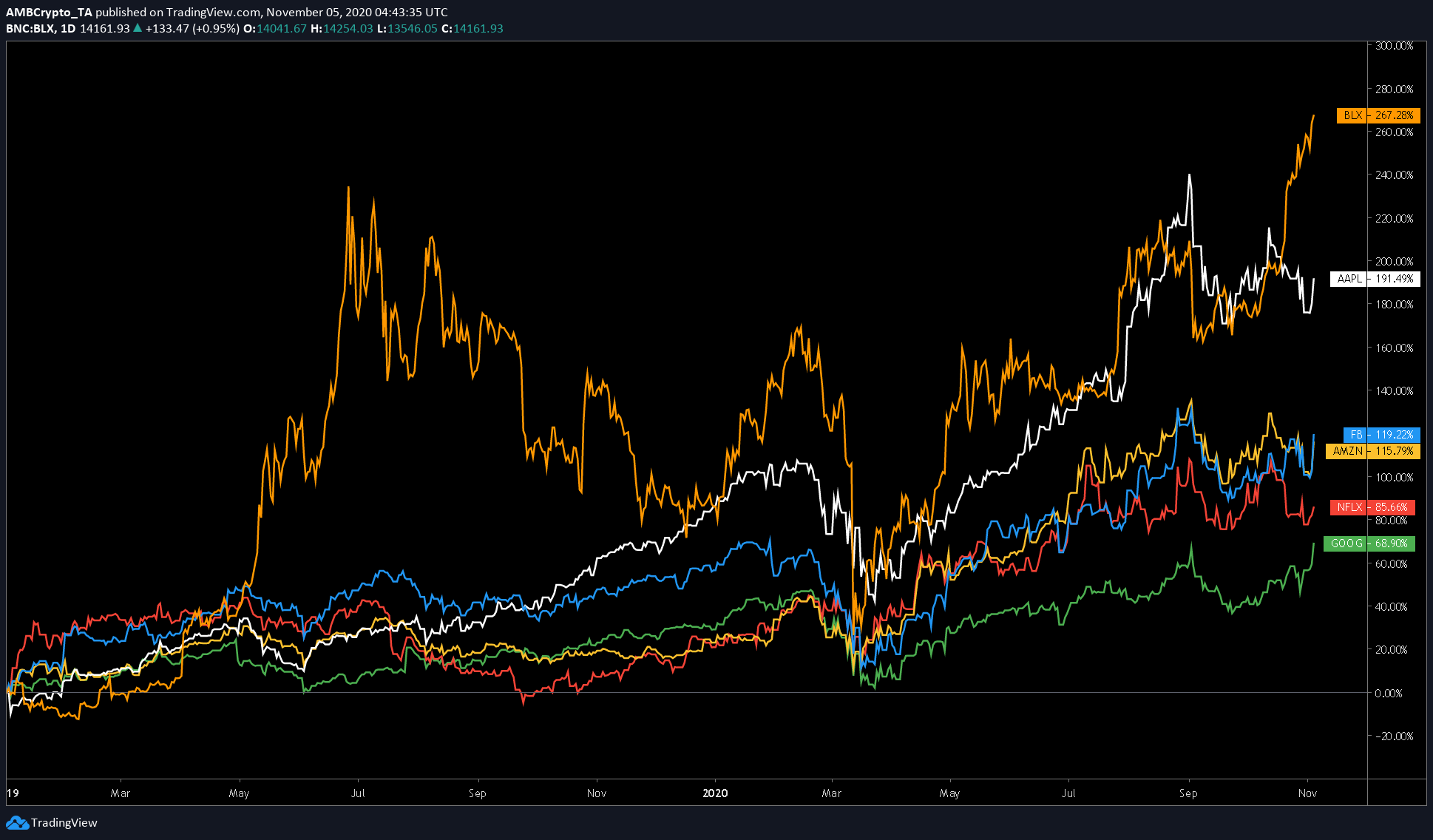 This has been bitcoin’s selling point since inception. However, despite its high returns, institutions have shied away from BTC with “volatility” as their shield.

Perhaps, the 2020 drop or the time that has passed, bitcoin’s volatility has dropped as well.

This chart shows that bitcoin has 90-day volatility lower than the FAANGs, however, it was a little higher than Microsoft. The highest volatility was observed in Tesla.

Hal Finney, the earliest believer in bitcoin, speculated on how bitcoin could be a legit form of payment and the potential it could have if it captured the payments market.

To be precise, Finney stated,

“As an amusing thought experiment, imagine that Bitcoin is successful and becomes the dominant payment system in use throughout the world. Then the total value of the currency should be equal to the total value of all the wealth in the world. Current estimates of total worldwide household wealth that I found range from $ 100 trillion to $300 trillion. With 20 million coins, that gives each coin a value of about $10 million”

While this may never happen, the initial step has already been taken, as institutions and companies are realizing why bitcoin is an asset class they need