The Met Office issued an amber weather warning over the upcoming heatwave that is expected to mostly affect South England and Wales, from tomorrow, Thursday August 11 until Sunday, August 14. Meteorologists of the UK’s national weather service said this will entail a hot spell that will develop across parts of the country.

They warned that the high temperatures could result in adverse health effects likely to be experienced by vulnerable people.

Such high temperatures could pose danger to the wider population as well, which could suffer sunburn or heat exhaustion (dehydration, nausea, fatigue).

Meanwhile, prediction models published by The Weather Outlook showed the heatwave could be extended for nine consecutive days across the country.

According to the forecast, temperatures will remain on or above 30C degrees from today until next Friday, August 19. 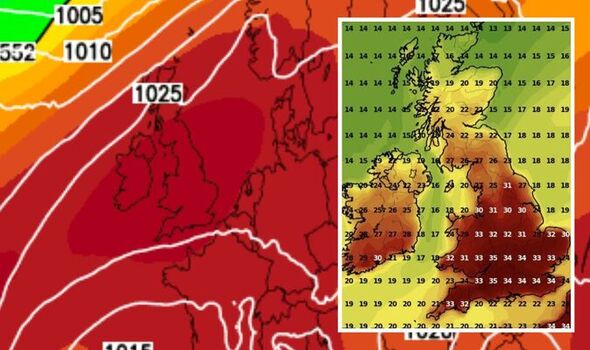 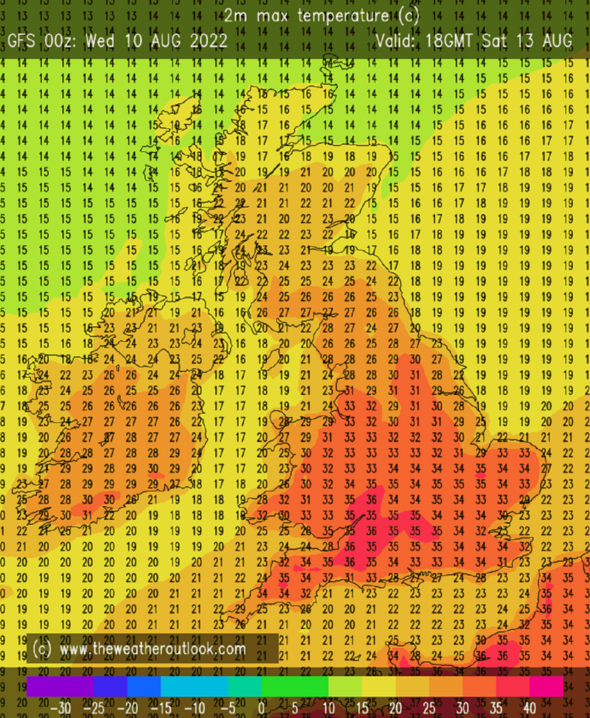 According to Weather Outlook meteorologist Brian Gaze, this heatwave will not bring as high temperatures as the one in mid-July, but will likely last for longer.

The highest temperature that could occur is 36C degrees near Bristol on Saturday. On the same day, temperatures could reach 34C in London, 34C in Birmingham, 33C in Liverpool and Manchester, and 33C in Southampton.

Mr Gaze told Express.co.uk: “It’s obviously hot at the moment and it looks like it will stay as such through the coming days. If anything, temperatures are going to be increasing.

“By this weekend, it is quite likely that we will be reaching 35C degrees, and in the southern half of the UK, possibly even 36.

Do you believe in horoscopes? VOTE IN OUR POLL 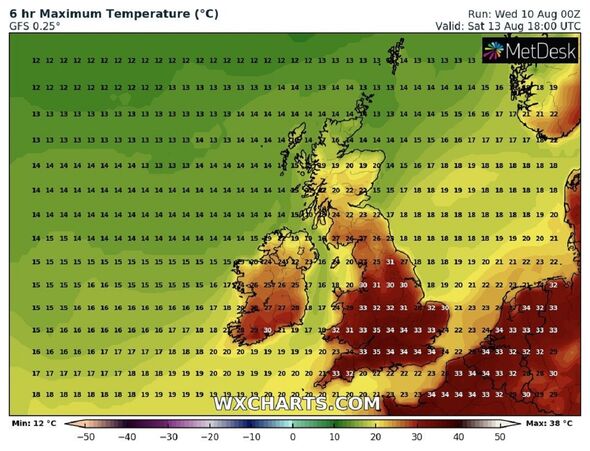 He added: “So although it is not going to be as hot as it was in July, when we had that record, it looks like it is going to be lasting for a longer period of time.

“So it will have a big impact on people because of that since the high temperatures will go through the working week.”

The expert pinpointed that the weather will not only heat up in southern England, as is normally the case, but will also be extended towards the North.

Mr Gaze noted: “Even in Scotland, Northern Ireland, we could see temperatures around 28C degrees on Sunday. So it’s very, very warm compared to the local averages.” 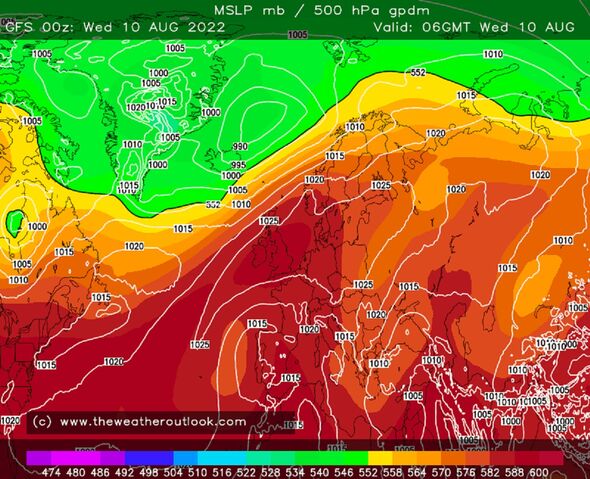 During the weekend and at the start of next week, the weather becomes more uncertain, according to the forecaster, with scattered showers possible, although the high temperatures could remain.

Asked to explain the unusually high temperatures, Mr Gaze linked the heatwaves in the UK with the severely hot weather across southern Europe.

He explained: “It’s been very, very hot over southern Europe, perhaps through most of the summer, and that’s where our heatwave came from, also during July when we had those record-breaking temperatures.

“At the moment, we’ve got high pressure to the east of UK and that’s starting to pull up some high pressure slipping away eastwards, with very warm air from continental Europe being pulled up our way.

Lates News:
2022-08-10
Previous Post: Sturgeon lays into Liz Truss over ‘attention-seeker’ jibe – ‘She wanted to be in Vogue!’
Next Post: Binance optimistic on Philippines entry despite SEC pushback