‘The edifice complex’: How elections turn health needs into hospitals

Health experts are warning that election promises by the Victorian government and opposition to pour billions of dollars into building “shiny” new hospitals could be a wasted opportunity to address severe staffing shortages and other problems behind long waitlists to access healthcare in the state.

Many voters who spoke to The Age for its Victoria’s Agenda project said that they had been finding it difficult to get medical care when they needed it, from delays in seeing their local GP to huge queues at clogged emergency departments. 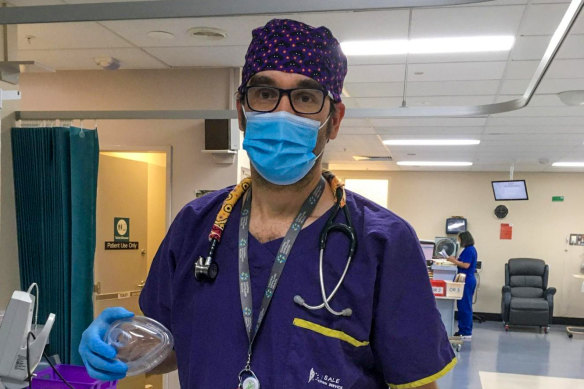 President of the Rural Doctors Association of Victoria Rob Phair wants the major parties to commit to a transparent process for deciding which infrastructure projects need the most funding.

While health has emerged as a major election battleground, most of the promised money has been allocated to new hospitals or building upgrades.

Between Labor and the Coalition, about $23 billion has been promised for physical infrastructure in the lead-up to the November 26 election.

“At election time, health policy is always at risk of succumbing to the ‘edifice complex’: Health policy gets defined as building more hospitals because governments think that’s what the electorate understands,” said Dr Stephen Duckett, a former federal Department of Health secretary.

It is also unclear how the new facilities will be staffed.

Both parties have pledged to pay for the degrees of many thousands of prospective nurses and midwives, and to upskill others, but medical groups say not enough is being done to retain or attract existing workers, particularly in regional areas.

Dr Rob Phair, president of the Rural Doctors Association of Victoria, said the lead-up to the Victorian election had been a lot like previous election campaigns – “where you just get these projects sprung on you, and you go, ‘Oh, where’s the business case for that?’”

“It would be great to see a more strategic approach and methodical approach to these problems, but it’s not the way, unfortunately, the game of politics is played,” Phair said.

The generalist doctor backed calls from the Victorian Healthcare Association for the major parties to commit to a transparent process for deciding which infrastructure projects and other initiatives were most in need of funding.

“It should be apolitical, and it should be based on evidence and best practice, rather than shiny things,” he said.

One of the communities that doctors say has been overlooked is Albury–Wodonga, on the NSW-Victorian border. Opposition Leader Matthew Guy has promised $300 million for a new facility, but there is yet to be an announcement by the Andrews government.

“Albury–Wodonga is a centre as big as Bendigo or Ballarat but has continually been overlooked in terms of funding,” the Victorian branch of the Australian Medical Association said in its election statement.

“Wodonga’s public hospital is well past its use-by date and simply no longer fit for purpose.”

Phair said one of the things that would be helpful to address serious staff shortages in rural and regional healthcare was to provide better pay and conditions for people working in the less popular health services.

“I hate to say it, but you need to be paying people more if they’re going to be working at Shepparton, for example, compared to The Alfred or St Vincent’s.”

He said the large Melbourne health services could actually pay their senior doctors above the award, while the same doctors working in the city potentially also had access to lucrative private work.

“Why would they ever consider going and working in a small regional site? The whole thing is stacked against the smaller rural sites.”

Rob Moodie, a professor in public health at the University of Melbourne’s School of Population and Global Health, said that while investment in some new hospitals made sense, it was just as important to staff services that kept people out of hospitals in the first place.

He and other experts also pointed to the establishment of local public health units in Victoria during the pandemic. These units have a focus on community-wide initiatives to keep Victorians safe and promote their health.

During the pandemic, this took the form of contact tracing and rolling out an ambitious – and ultimately successful – vaccination campaign.

Now the pandemic’s urgency was subsiding, Moodie said it was crucial these public health units continued to be well-resourced and focused on equally deadly but preventable illnesses.

“Public health has to move from addressing communicable diseases like COVID to tackling the other 21st-century pandemic diseases of diabetes, heart disease, cancers, chronic obstructive pulmonary disease, let alone mental health problems. These really have the biggest impact,” he said.

Moodie said the biggest risk factors for all of these diseases included smoking, a high body mass index, high blood pressure, a poor diet, alcohol use, high cholesterol, occupational risks, drug use and kidney dysfunction. New hospitals would not help prevent the impact of these major risk factors, he said.

The Victorian government says the public health service workforce grew by 33 per cent between 2014 and 2022 (at the same time that the population increased by about 15 per cent) and has pointed to major investments made in supporting hospital-at-home programs.

Health Minister Mary-Anne Thomas said: “We continuously monitor population growth and demand across the health system to plan all upgrades, expansions and new projects to ensure that our health services can continue to deliver the care that Victorians need.”

The Coalition pledged to establish a ministerial health workforce council if it wins the state election. Its tasks would include creating a surge workforce model for future emergency events and developing incentives to retain staff.

Georgie Crozier, the opposition’s health spokeswoman, said that if elected, a Coalition government would also conduct a skills audit to identify the areas with the greatest shortages and work with the federal government to “prioritise skilled workers into those areas”.