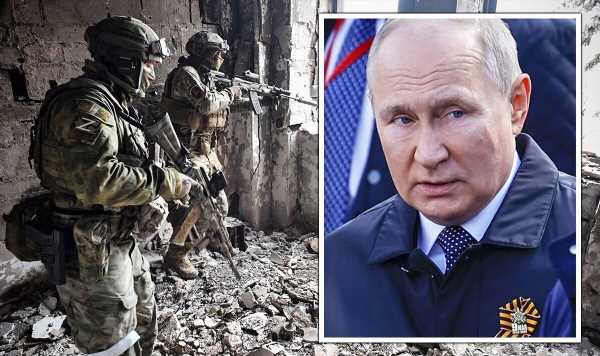 Vladimir Putin’s gamble on a nationwide mobilisation will lead to his “inevitable” downfall and bring about the “destruction of his entire system”, a leading anti-Putin activist predicted. The Russian President announced his decision to implement a “partial mobilisation” in a TV address to the nation last week on Wednesday. Defence Minister Sergey Shoigu said the Kremlin intended to call up 300,000 reservists to help beef up front line troops fighting in Ukraine.

The announcement has led to an exodus of young men from Russia, as they seek to avoid the enforced draft.

At the same time, sporadic protests against the mobilisation have broken out across the country, with thousands arrested by police.

Daniil Chebykin, a former deputy-head of Alexey Navalny’s campaign office in Omsk, told Express.co.uk that Putin had in effect signed a death warrant for himself and his regime with the move to call-up army reservists.

He predicted the mobilisation would not avert the defeat of the Russian army in Ukraine.

This in turn would lead to a revolt against the regime by disgruntled and embittered conscripts returning from the the front. 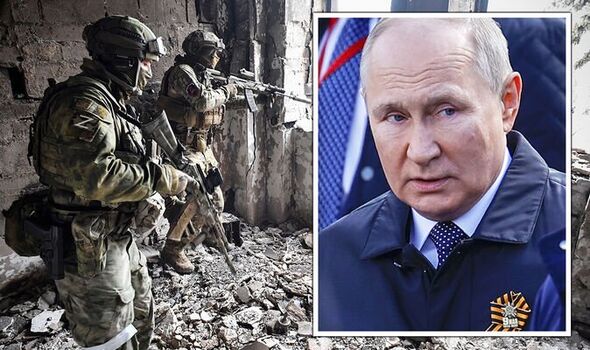 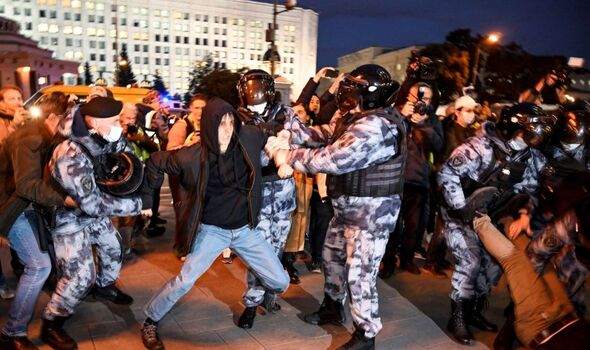 “Putin has made his last bet. He hopes that he will be able to stay the course in Ukraine.

“But I think he will lose and the collapse of his regime will become inevitable.”

“All the same, those mobilised who were withdrawn from the economy will bring down the entire system.”

The opposition activist poured scorn on the idea that this was just a partial mobilisation.

He said that his organisation, the Omsk Civil Association, had received news of people being arbitrarily rounded up for conscription on the streets. 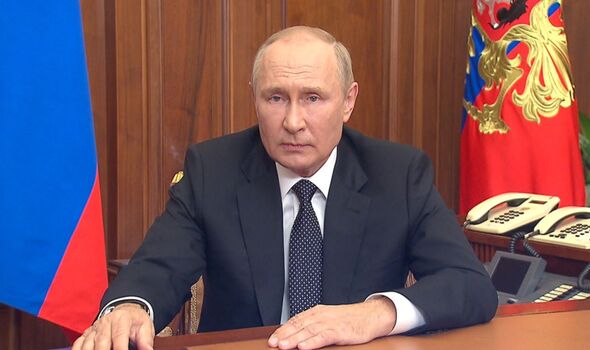 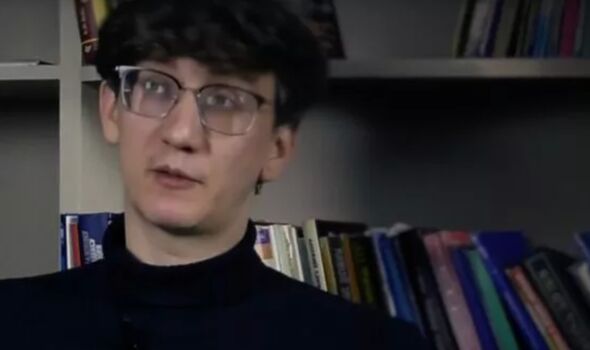 Mr Chebykin explained: “Putin calls it ‘partial’, but in fact it is a general, maximum full mobilisation.

“We are receiving reports that people are being taken away on the street, and that summons are being sent to people at their work places.”

As evidence, he showed the Express a notice from the army recruitment office that had been delivered to two neurological surgeons, who work in a hospital in Omsk.

The anti-Putin campaigner claimed the Kremlin cared little about the fates of those it was sending to the front lines.

He said: “They just need cannon fodder to plug the breach.

“These people will go without training, without combat experience, they will not have equipment. 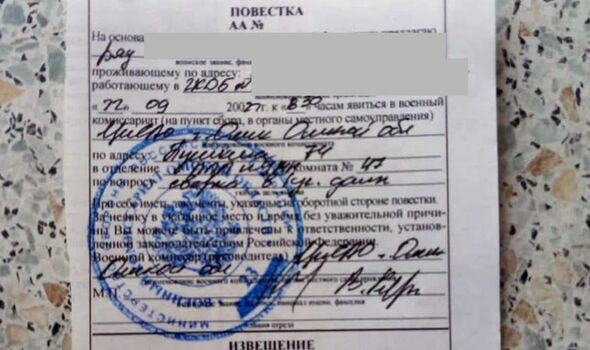 “Most likely they will die.”

Russia’s Defence Minister assured the Russian public that the call-up would not include students or those who were currently serving as conscripts.

However, reports emerged that students at a university in eastern Siberia had been forcibly conscripted by the local authorities.

A student from the Buryat State University in Ulan-Ude told the Russian independent publication The Village that military police and National Guardsmen came to classes at the college last week and rounded up students for the the war.