Britons are bracing for the highest temperatures ever recorded in the history of the Met Office on Monday, with scorching temperatures likely to reach 40C. The Met Office has issued a red warning for extreme heat for Monday and Tuesday – the first such warning ever issued. The current record high temperature is 38.7C reached in the Cambridge Botanic Garden on July 25, 2019. Meteorologist Jim Dales warns of the potential of the upcoming heatwave to kill people.

Speaking to GB News, Mr Dales said: “40 degrees is not a figure to be put under the carpet, so that’s fine we’ll live with that.

“It will actually kill people.

“And I say, this is the crossroads, so it’s a very dangerous path that we’re now treading. 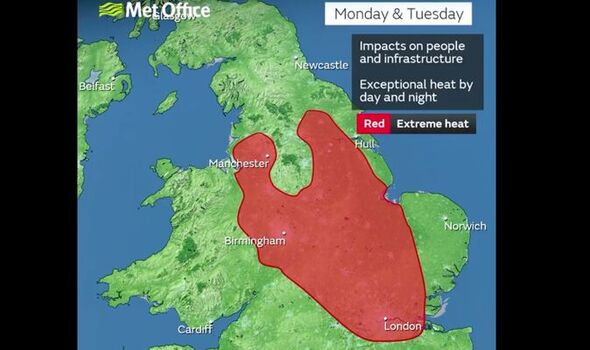 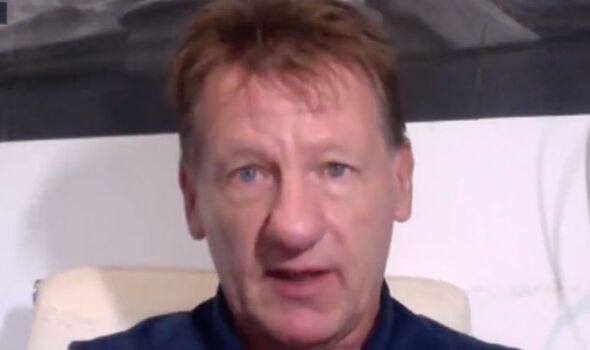 Mr Dales said: “And I say, 40 degrees is not to be shrugged off as being: ‘oh it’s just one of those things. We’ll get through it.’

“Red warnings are there for a good reason. There is a threat to life.”

Scorching temperatures could also disrupt electricity, gas and water supplies, and lead to “widespread impacts on people and infrastructure”, the Met Office warns. 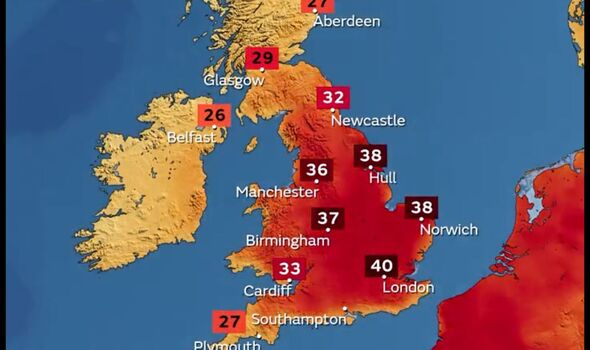 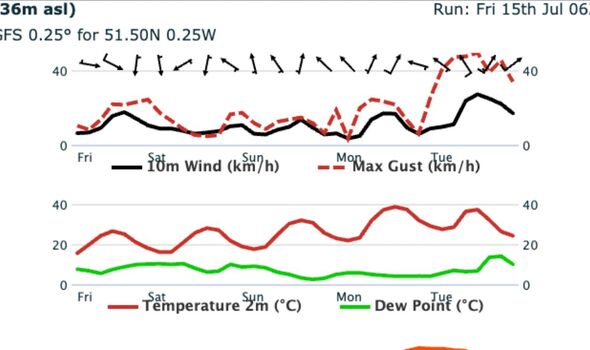 The Met Office warning says “Exceptionally high temperatures are possible during Sunday and Monday and could lead to widespread impacts on people and infrastructure.

“What to expect: Population-wide adverse health effects are likely to be experienced, not limited to those most vulnerable to extreme heat, leading to potential serious illness or danger to life.

“Government advice is that 999 services should be used in emergencies only; seek advice from 111 if you need non-emergency health advice.” 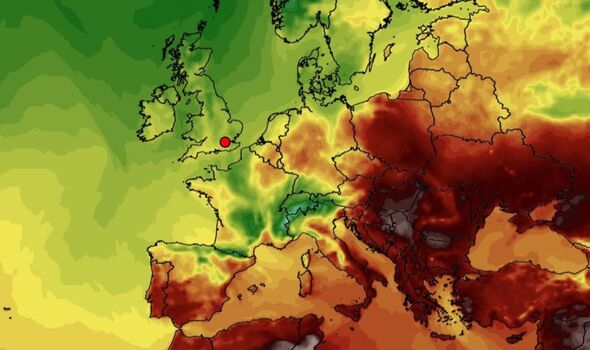 “These last two days I’ve been thinking about this because 30-40 years ago when climate change was put as a notion as in this could happen and this is the direction of travel, it was kind of hard to believe.

READ NEXT:
Britain on red alert as forecasters warn we’re ‘not adapted’ for 106F
How hot does it need to be for schools to close?
I’m aware when I am hot in bed! says JUDY FINNIGAN
Heatwave warning: Take these 8 steps to prepare for the extreme heat
Europe heatwave warning: Scorching 40C blast to spark chaos