When asked what they want to do when they grow up, many kids aspire to be a firefighter, doctor or pilot.

Eight-year-old Rheyansh Annapureddy from Point Cook wants to be the world’s number one chess player – by the age of 15. 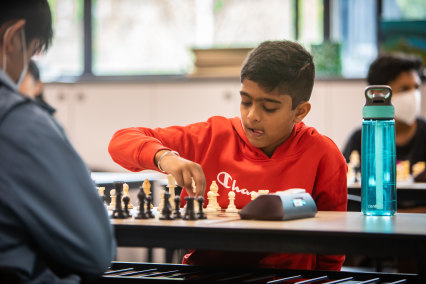 In the school holidays, Rheyansh plays chess with online opponents up to six hours a day. During school term, it can be four hours a day.

While other kids might watch Disney movies, Rheyansh studies videos of games of grand masters, such as Anish Giri.

In the Australian Junior Chess championships, held at Camberwell Grammar in Melbourne’s east until Friday, Rheyansh is competing in the Under 16 section and beating players up to twice his age.

He is confident he can win the section. So far, he has won three out of four games, and has five more to go. 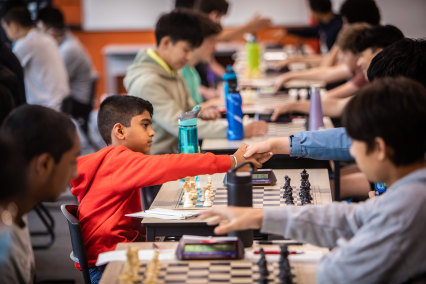 Good game: an attacking strategy was a winning formula for Rheyansh Annapureddy.Credit:Scott McNaughton

In all, more than 400 players aged between 5 and 18 are competing in the event.

Leonid Sandler, Chess Victoria president and an international master, said he would not be surprised if Rheyansh wins the Under 16s and goes on to achieve even higher success.

In October, Rheyansh won the Under 8 division of the Asian Youth Chess Championships in Bali.

He wants to reach the grand master title level at age 11, beating the “youngest” grand master record of Abhimanyu Mishra of New Jersey, who earned the title in 2021 at 12 years and four months old. 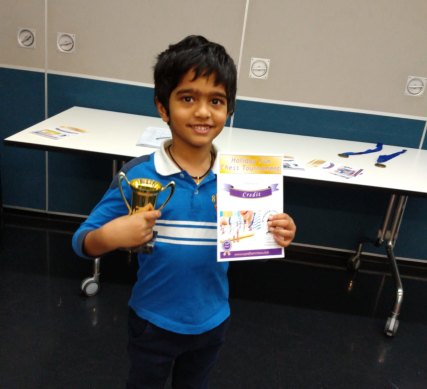 Rheyansh Annapureddy winning his first competition in the Under 8 category at Wyndham chess club in Point Cook in 2018, when he was four years old.Credit:Annapureddy family

“I would say, definitely in my opinion, he will be international master, and he will be grand master, the highest title in chess,” Sandler said.

Sandler said Rheyansh handled pressure well. “I think 16-year-olds are intimidated at playing against him. They’re scared of losing to a kid.

“He’s unbelievably mature for his age. He’s got fantastic natural talent, he can think quickly. The top players of the world, and I’ve seen many of them, can look at a position and straight away they can see a quick solution, so he’s got the spark in his eyes.” 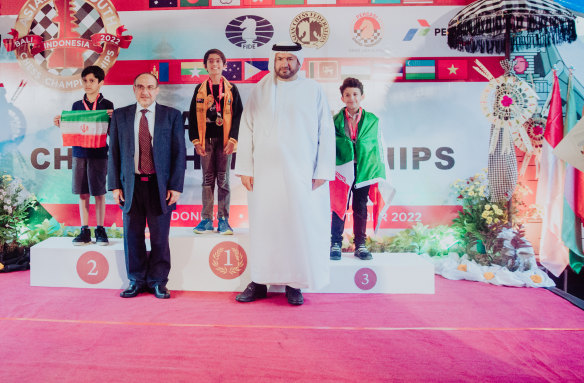 Sandler said that in a game against a 15-year-old on Friday, Rheyansh sacrificed a bishop for an initiative. Later on his opponent “resigned” (conceded the game before checkmate) because the opponent’s king was under immense pressure. “It was a very high quality game,” Sandler said.

Rheyansh has solid support from his family, who in September spent $20,000 for him to fly with his Mum, Sasi, to the world championships in the country of Georgia.

Rheyansh was leading but fell ill and lost several games and placed 10th in the Under 8 division.

Next month, Rheyansh and his dad, Nagi, will fly to Germany, where Rheyansh will play in the Under 14s at the WR Chess Juniors tournament.

Most weekends, Nagi drives his son to play at venues such as Melbourne Chess Club in Fitzroy, 30 kilometres from home.

Rheyansh took up chess aged 4 to play with relatives and had to stand on a chair to reach the board.

Within 18 months, he had beaten brother Dhruthin, who is three years older, and uncle Ashok and was competing locally.

Nagi said Rheyansh also plays basketball and cricket, and if he hated chess, he could stop – but he was having fun.

Rheyansh’s idol is world number one Magnus Carlsen, but that doesn’t mean they can’t be rivals one day.

“I want to be number one in the world,” Rheyansh said.

“I’m going to keep on practising how I’m practising now, and then go from candidate master to FIDE [International Chess Federation] master to international master then to grand master,” he said.

“And then I’m going to beat Magnus Carlsen.”