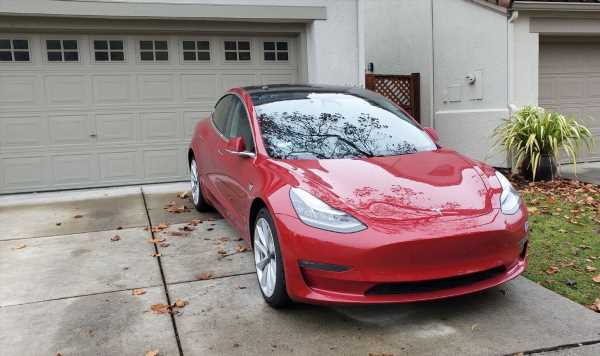 The Barfoot and Thompson advertisement for a two-storey and five-bedroom home is titled “brand new Tesla and brand new home” to try and entice buyers. The listing comes as New Zealand is facing an affordability crisis which has seen house pricing gall by more than 10 percent this year.

The homeowners wished to stand out in a competitive market according to Barfoot & Thompson estate agent Kapil Rana.

In an interview with TVNZ, she added that the car was a “bonus” rather than an add-on to the house’s market value.

Mr Rena has said that he has received more than 50 emails since the advisement went up on Tuesday.

The Tesla has not been bought yet, according to the estate agent, and the owners will let whoever buys the home chose the colour of the car once the property has been signed off.

It comes at a time New Zealand’s housing prices have seen their biggest fall in 30 years since the 1990s.

REINZ has said that properties are staying unsold for longer, with the national median now 44 days in October compared to only 10 days last year.

Simran Kaur, a stockmarket columnist known for her market podcast for women called Girls that Invest, has said the free Tesla advert shows how much the housing market has changed in New Zealand.

In an interview with Renews, She said: “When I was purchasing my first home in March 2021, it was almost difficult to get a hold of a real estate agent.”

Ms Kaur added that the Telsa offer with a home is an example of estate agents realising that they cannot keep lowering the prices of homes.

She said: “If you sell a home with a Tesla, you suddenly don’t have to drop the price and so it doesn’t start to drag all the neighbouring homes down as well.”

The home being sold sits in a suburb in which more than 400 homes are currently for sale.

The major fall in the housing market has been primarily driven by the rise in interest rates, which has been risen to combat the country’s high inflation and has caused mortgage rates to increase.

New Zealand housing prices rose around 40 percent during the Covid pandemic and peaked at unstainable levels.

The Australian bank Westpack said it now expects housing prices to fall 20 percent from their peak, despite previously predicting a 15 percent fall.

They said: “That would completely erase the gains that we saw in recent years and take real house prices back to the levels we saw prior to the pandemic.”