The Labour leader took aim at Boris Johnson’s legacy as he branded the outgoing Prime Minister a “complete bullsh***er”. In an episode of The Rest Is Politics, Sir Keir said Mr Johnson “took the **** out of the public” during Partygate.

He told presenters former Labour spin doctor Alastair Campbell and ex-Tory MP Rory Stewart that there was a “general realisation” from voters that Mr Johnson bullsh**s and “if he’s bull******** about that, he’s probably bull******** about everything.”

He added: “That’s why I don’t think there was ever any way back for him from that, and I think it’s really good for the country that we’re seeing the back him.”

Asked for his thoughts on the Tory leadership candidates, Sir Keir called them “B grade”.

He said: “I really don’t mind which of them I go up against… most of them are tainted by having propped up Johnson. 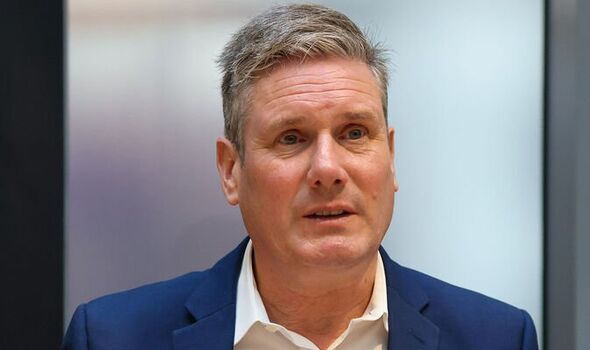 “I constantly get this question – which of them do you fear?

“I don’t fear any of them. They’re a busted flush, the whole project is broken.”