Last week’s flash sell-off was spurred by concerns that the Fed could carry on with its aggressive inflation policy, given that inflation is still elevated. Onchain metrics also showed a spike in exchange BTC inflows, with people’s fears returning to June levels again. 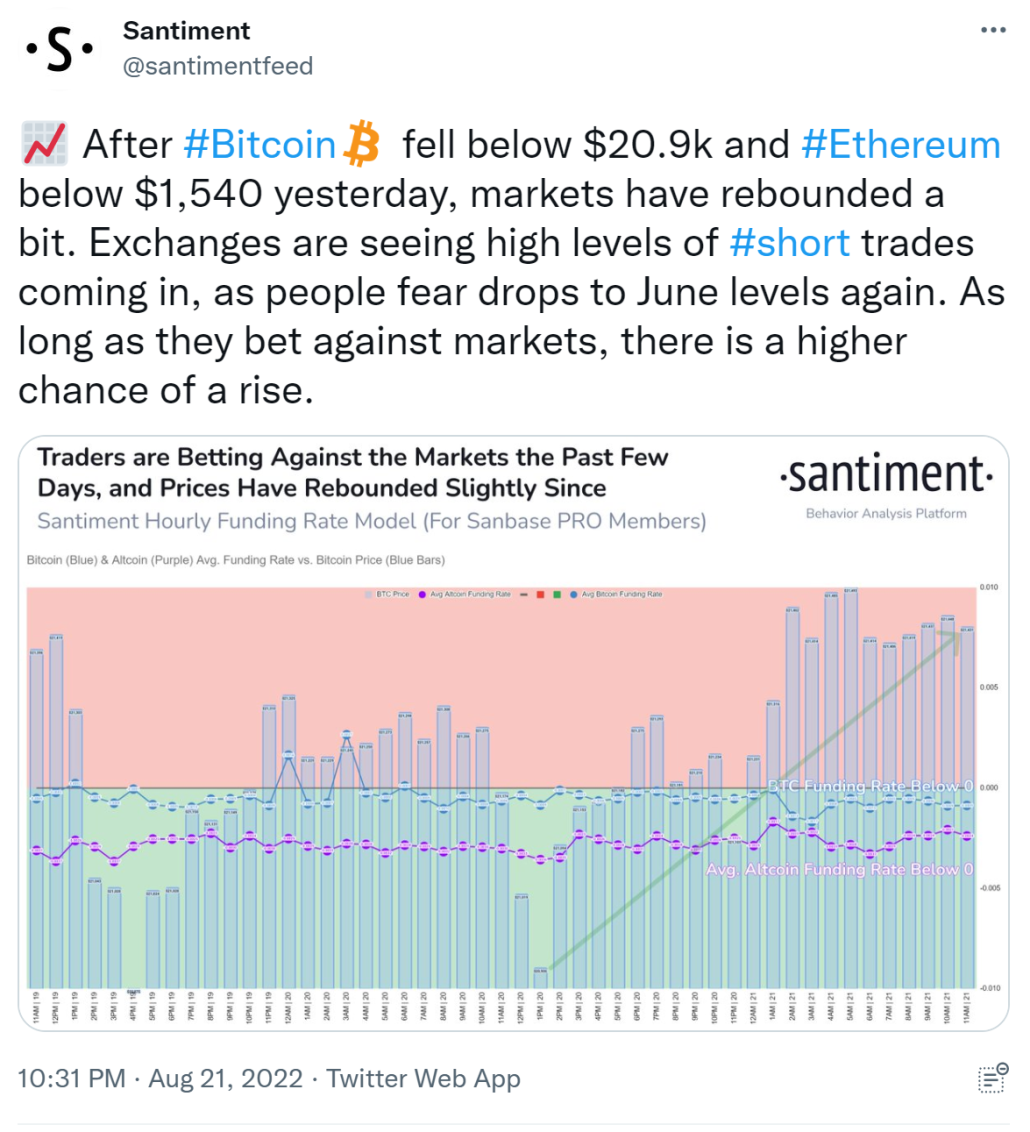 On Friday, Fed Chair Jeremy Powell is expected to speak at the U.S. Federal Reserve’s annual economic symposium in Jackson Hole, Wyoming- the most important event on the economic calendar this week. According to The Bank of America (BoFA), the Fed is likely to keep pushing ahead with its strict policy despite the likelihood of a soft landing for markets following Powell’s speech on Friday.

“Although we expect the chair to say the pace of rate hikes could slow in relation to the large 75bp hikes the fed has enacted recently, Powell is likely to communicate that the committee continues to believe a restrictive policy setting remains appropriate,” the bank wrote.

Following July’s hawkish FOMC minutes, the Fed is expected to deliver another rate hike of 75bp in September. However, investors remain divided, with some believing that the Fed could push back on that plan to 50bps in September and November plus an additional 25Bp in December, given the improved inflation figures. According to “Venturefounder”, an analyst at Crypto Quant, this mix-up could further roil markets.

“We [could] chop around $20k for the next 30 days until the Sept FOMC meeting as inflation is still bad. If Fed sends hawkish signals, BTC dumps and bottoms at $15k, then it recovers over the next 90 days gradually, end the year at $29k.” Said Venturefounder

Further, Investors will be looking at the Personal Consumption Expenditure Price Index (PCE) on Friday. What’s so significant about PCE data is that the Fed has publicly stated that it’s their preferred gauge of inflation in the economy, making this data point even more significant than CPI.

“As this metric is yet to peak, the Fed are keen to continue tightening,” said ‘Tedtalksmacro’. However, the pundit noted that the consensus is that PCE peaked in June and that Friday’s data will confirm this. “If true, it’s significantly bullish for risk assets like  Bitcoin + equities.”