Suella Braverman: Only route to the UK is a safe and legal route

Migrants arriving in the UK illegally could see a blanket ban on being able to ask for asylum and benefits. Home secretary Suella Braverman announced the plans at the Tory conference on Wednesday is considering new laws making it easier to deport them.

Ms Braverman unveiled her plans to the Tory conference in Birmingham, and pledged to permit “immigration that grows our economy” but “end abuse of the rules” after more than 33,000 people crossed the Channel in small boats so far in 2022.

She told the conference: “It’s right that we extend the hand of friendship to those in genuine need.

“This country has always done so. It did so for my father in the 1960s as a young man from Kenya. We have now welcomed hundreds of thousands of people fleeing Syria, Hong Kong, Afghanistan and Ukraine.

“At the same time we should use our newfound control to deliver the kind of immigration that grows our economy, for example that helps projects that have stalled or builds relationships with our friends and allies.

“Parts of the system aren’t delivering. We need to end abuse of the rules and cut down on those numbers that aren’t meeting the needs of our economy.” 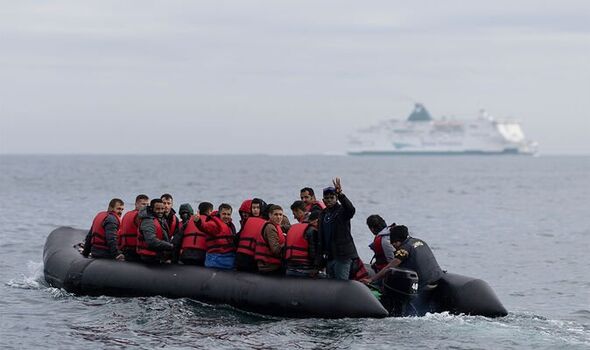 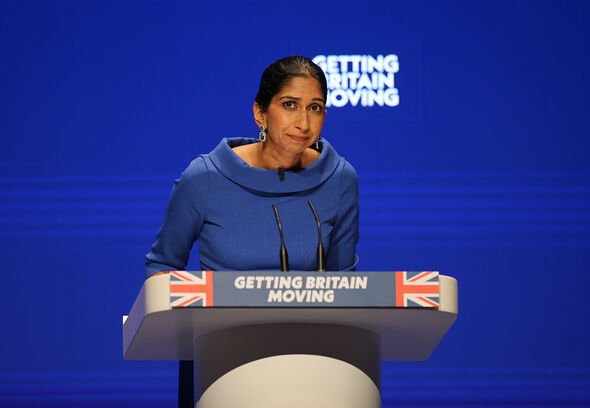 Sources told The Times Ms Braverman’s legislation would be designed to create a “blanket ban” on anyone who enters the UK illegally, including by small boats, from claiming refuge.

It is not yet clear how the new home secretary’s plans would be implemented or deviate from measures previously brought in by Priti Patel.

Ahead of the Home Secretary’s comment, the Refugee Action charity hailed a “day of shame for the Government”. 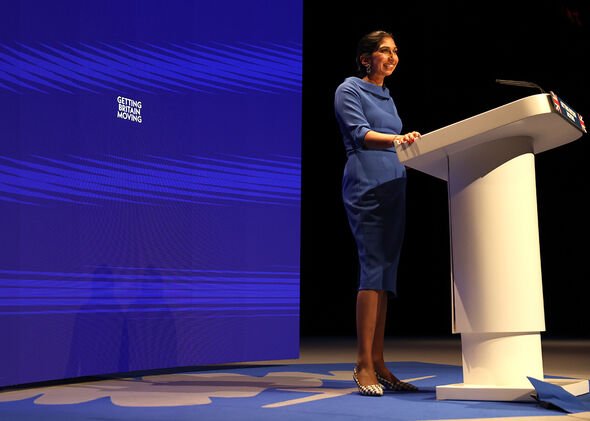 Chief executive Tim Naor Hilton said: “It is now clear that this Home Secretary cares only for keeping people out, not keeping them safe.

“Banning those crossing the Channel from claiming asylum is a blatant breach of the international refugee laws that the UK proudly helped create in the first place.

“These plans wilfully ignore the fact that it is a lack of safe routes into the country that pushes people into the hands of smugglers.

“The Government cannot continue to run roughshod over its international responsibilities and threaten refugees with deportation or jail simply for asking for help.”

King Charles’ unusual amendment to daily routine – ‘he dislikes it’ 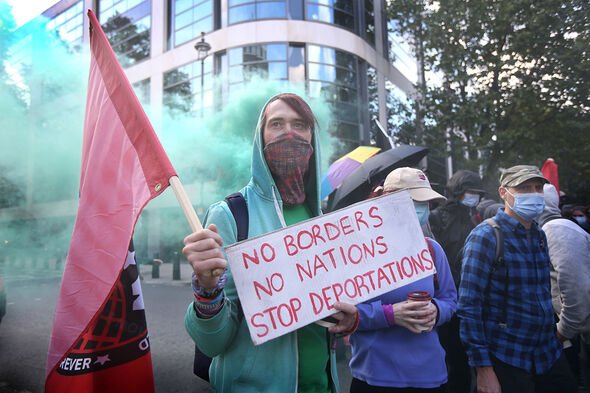 The Home Office’s reasonable worst case scenario for how many people make the journey in total this year is 60,000 people.

Home Office figures show that between January 2018 and June 2022, 94 percent of migrants crossing the Channel on small boats claimed asylum.

Ms Braverman also announced at the Tory party conference she will prevent modern slavery laws being “abused” by people smugglers. 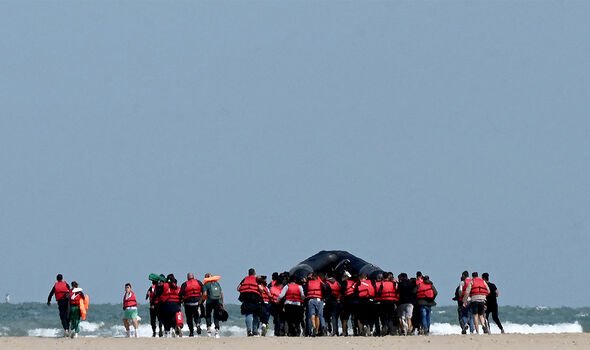 The Home Secretary said the Modern Slavery Act, introduced by former prime minister Theresa May, will be overhauled to stop migrants avoiding deportation.

She insisted the Government needs to make plans to send asylum seekers to Rwanda “work”, and said she would work closely with the French to help cut channel crossings.

The Home Secretary also hit out at the European Court of Human Rights as “undermining the sovereignty of our borders”, after the court intervened in the first flight of migrants to Rwanda.

Speaking at a fringe event at the party’s conference in Birmingham ahead of her speech, Ms Braverman said it was her “dream” to have a Rwanda flight depart before Christmas.