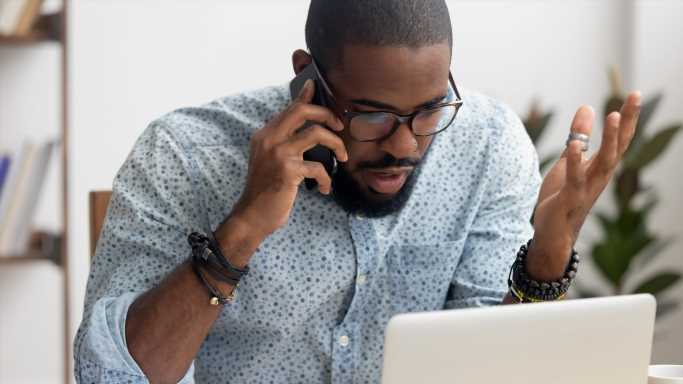 The Consumer Financial Protection Bureau is investigating if new remittance rules should be implemented to safeguard against less-than-transparent fees for remittance payments. Money transfer companies handle billions in such payments, making them a clear target for blockchain payment networks offering faster and cheaper transfers. But is it likely for crypto to capture a more significant share of cross-border payments?

Why Is CFPB Important?

Created as a response to the financial crisis of 2007-2008, the Consumer Financial Protection Bureau (CFPB) acts as an independent agency of the US government, born from the Dodd-Frank Wall Street Reform and Consumer Protection Act in 2010. CFPB’s primary mission is to protect consumers from deceptive and abusive practices regarding financial products and services.

Since its creation, CFPB has delivered transparency rules on loans, credit cards, and financial accounts to give consumers accurate information on their money flows and obligations. Some of CFPB’s key contributions in the consumer-protection arena are the following:

Like the Securities and Exchange Commission (SEC), CFPB can conduct investigations and issue new rules and regulations.

What Is the Most Recent Problem Detected by CFPB?

Last Friday, CFPB director Rohit Chopra released a letter to Sen. Elizabeth Warren (D-MA), serving on the Committee on Banking, Housing, and Urban Affairs and the Committee on Finance. Chopra informed the senator that the agency is probing money-transfer companies on deceptive fee structure practices:

“We continue to see a lack of transparency about fees, exchange rates, and taxes, which comprise the true cost to consumers of sending money abroad,”

In practice, this translates to consumers being misled about how much they pay for money transfers. For instance, money transfer companies may charge a fee as a percentage of the transfer, while others charge fixed fees. This makes it difficult for the end-user to gauge which service is more cost-efficient.

Likewise, money transfer companies may have zero upfront fees but at a higher exchange rate. This creates an illusion of the best money transfer deal that is more expensive. CFPB Director Rohit Chopra thinks that even existing remittance rules are not adhered to, such as exchange rate disclosure, which is why the agency is considering new money transfer restrictions.

What Is the Remittance Market Size and Cost?

According to the World Bank, which registers only remittances through official channels, remittance transfer volume topped an all-high in 2022, at $794 billion globally. Although lower than in 2021 at +10.2% growth, despite the significant macro headwinds in 2022, this represents a 5% remittance growth.

Predominantly, remittance volume represents an outflow from advanced economies to developing and emerging economies at $626 billion. For 2022, Latin America and the Caribbean achieved the highest remittance uptick, at +9.3%.

However, due to migrations, Europe and Central Asia have also received equally high remittance flows in 2022, at an estimated +10.3%. As a single country, India is leading the charge with over $100 billion received in remittances annually.

On average, the cost of sending $200 to low and middle-income countries (LMICs) is 6% of the money transfer, according to the Remittances Prices Worldwide Database.

There are two main ways to transfer value across borders, electronically and digitally. As noted, in Q2 2022, the average cost for sending money electronically is 6% per transfer. Using mobile operators is nearly two times cheaper, at 3.5%. The problem is only 1% of remittances go through digital payment rails.

Blockchain networks, whether centralized or centralized, represent drastically faster and cheaper ways to send money for a simple reason. Digital assets, such as USDT/USDC stablecoins sent across a Tron network, don’t have to go through multiple choke points and banking intermediaries.

Without jumping over multiple cross-border hurdles, digital payments can be transferred within a single global network at a fraction of the cost. On top of that, digital payments evade the trap of money-transfer companies taking advantage of the opaque nature of electronic money conversion and travel.

“We believe consumers struggle to understand how much it costs to send money abroad due to inconsistent pricing strategies from providers and the opaqueness of exchange rate margins,”

According to Research and Markets, the global digital remittance market is estimated to grow by a 15% compound annual growth rate (CAGR). In raw numbers, this is 3x growth, from ~$20 billion to 3x growth of ~$60 billion by 2030.

However, for digital payments to become the dominant form of frictionless remittance, governments would have to pitch in by not imposing unclear or restrictive anti-money laundering (AML) or know-your-customer (KYC) rules.

Moreover, established and sizeable decentralized blockchain networks don’t have to worry about transparency issues that CFPB is concerned with.

The Trends in Digital Payments

In addition to regulatory restrictions, not all blockchain networks perform the same for digital payments to be viable. Networks like Tron (TRX) are specialized for low-cost money transfers, at 0.00001 TRX per transaction, equivalent to a few cents.

In contrast, the Bitcoin network is focused on security and sound money. Depending on the network congestion, it may then be more expensive to send money through the world’s largest blockchain network.

This is why Bitcoin scaling solutions, such as Lightning Network, have become so important. Case in point, Cash App, which generated a $1.57 billion gross profit in Q3 2022, integrated Lightning Network at the end of October. In partnership with Bitnob, CoinCorner also integrated the Lightning network to provide free cross-border payments from Europe/UK to Africa.

We are also seeing traditional money transfer companies, such as MoneyGram, have included a hybrid model with crypto-to-cash rails facilitated by the Stellar (XLM) network.

But as programmable and trackable tokens, it is yet to be seen which conditions will be imposed on their usage.

At the end of the remittance line, if the inflation rate keeps going in the double and triple-digit numbers in LMICs, the cost of remittances, even on the Bitcoin mainnet, may become a moot point. Rather, fiat currency devaluation, whether in CBDC or traditional format, may trigger wider global crypto adoption.

This article originally appeared on The Tokenist