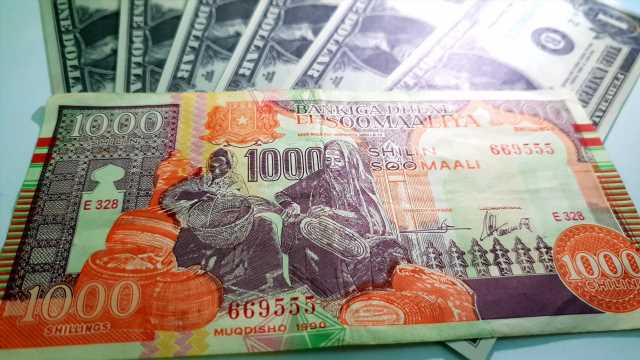 According to the deputy governor of the Somalian central bank, Ali Yasin Wardheere, the institution plans to fight inflation and currency counterfeiters with newly issued shilling banknotes. The bank reportedly said it hopes to complete the process of replacing old and high-value shilling bills with newly designed banknotes in 2024.

Preserving the Value of New Money

The Central Bank of Somalia (CBS) plans to replace old, high-value shilling bills that have been in circulation since 1991 with redesigned banknotes. The central bank hopes this process, which it expects to complete by 2024, will help the war-torn country fight inflation as well as undercut counterfeit currency dealers, a report said.

In his remarks during an interview with Bloomberg, Ali Yasin Wardheere, the deputy governor at the CBS, revealed that the central bank began replacing high-value bills with redesigned banknotes in 2018. The International Monetary Fund and the World Bank have both assisted with this process, Wardheere reportedly said.

According to the deputy governor, the central bank has also established a unit with a mandate of “combating the counterfeit money market.” The unit is further tasked with the job of preserving the value of the new currency that the central bank is planning to print.

To help the central bank achieve some of the objectives, Wardheere said the CBS would establish new branches in the capitals of federal member states. These branches, which the central bank hopes to have in place by June, will help the CBS collect taxes and store money.

Since the ouster of Siad Baare in 1991, Somalia has not issued new shilling banknotes while the old ones are now worn out and not widely available. As a result, the use of U.S. dollars and privately printed currency has grown.

Lates News:
2023-01-20
Previous Post: Report: North Korea Has Made Off with More Than $1 Billion in Crypto
Next Post: Ally Financial Adds 13% As Revenue Rises, Earnings Beat