The team revealed seven council members in an Oct. 5 blog post, noting that they are all OGs who have been around since the early days of the BAYC.

Yuga Labs said it assembled a new community council made up of “Apes with a proven track record of proactively and positively contributing to the club since the start.”

“This council was formed with the intention of representing the club at large and providing an avenue for new perspectives,” Yuga Labs wrote.

Yuga Labs stated that they will engage with the community and gather feedback for the firm, work with Yuga on community-driven initiatives such as commercial projects, meetups and charity work.

“Every Ape in our community has directly impacted our decisions-making from day one. This council, and future councils to come, puts a more formal, efficient and consistent process in place for Yuga leadership to get community feedback and advice on an ongoing basis,” it wrote.

Yuga Labs also teased that it could soon launch community councils for its other NFT projects including CryptoPunks, Meebits and the Otherside moving forward.

NFT venture fund giant Animoca Brands has made a strategic investment into blue chip NFT project Cool Cats to help the project expand into new avenues such as gaming.

The Oct. 5 announcement from the duo states that the “partnership will drive Cool Cats’ mission to become the largest global NFT brand and a robust media and content company, including through expansion of its gaming offerings.”

Cool Cats was launched in July 2021 and consists of 9,999 cartoon cat avatars. The project has generated $369.2 million worth of NFT sales volume to date as per CryptoSlam data. The latest announcement has also coincided with Cool Cats sales volume pumping 220% over the past 24 hours.

The move also follows a partnership with Animoca Subsidiary GAMEE from Sept. 1, a virtual platform focused on connecting creators, brands and players in the GameFi space.

NFT sales volume on the Solana blockchain tagged $130.1 million in September, with that figure marking an 82.2% increase compared to the $71.4 million posted in August.

While the figure still places Solana well behind Ethereum, which hosted $354.3 million worth of NFT sales volume last month, the difference between the two’s number of unique buyers is much smaller.

While the figures may indicate that Solana is making up some notable ground on Ethereum, the latter still hosts the majority of blue chip NFT projects.

Looking at data over the past 30 days, only one Solana NFT project makes the top 10 in terms of sales volume with tenth ranked y00ts mint t00b’s $13.3 million worth of sale volume. In comparison, eight Ethereum-based projects make the top 10 during that time frame.

Mommy, I want that NFT!

The collectibles will be available in stores from Oct. 17th, and will be priced from $9.99 to $29.99. The characters include Common Sense Cow, Willful Wizard, Practical Peacock, Gratitude Gorilla, Genuine Giraffe and Be The Bigger Person.

Hodlers who own the NFT version of the characters will receive the associated physical collectibles, with the more expensive plush and six inch figures going to season one NFT holders.

Notably, the hodler’s won’t get a kick-back from the sales of the physical toys however. 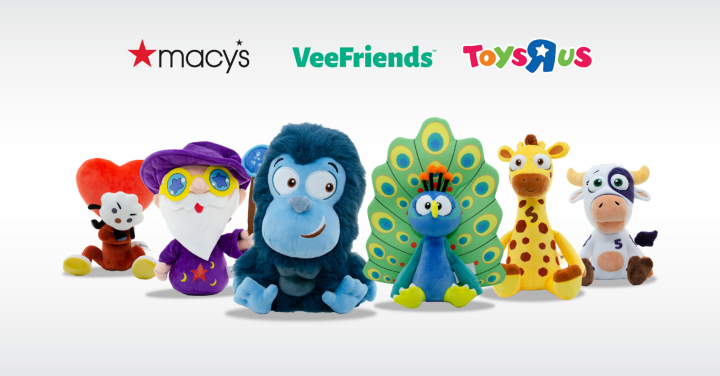 Horizon Blockchain Games, the developers of popular NFT card game Skyweaver have raised $40 million in Series A funding, the company disclosed on Oct. 4. The round was led by Brevan Howard Digital and Morgan Creek Digital, with additional participation from Polygon, Take-Two Interactive, and Ubisoft to name a few.

NFT marketplace OpenSea announced in a series of tweets on Oct. 5 that the platform will officially allow its users to bulk list and bulk purchase up to 30 digital collectible items in a single flow.