Justin Bons, the founder and CIO of Cyber Capital, has pointed out the Solana blockchain’s failures, which experienced its eighth major network outage over the weekend.

In a thread, Bons – who describes himself as a full-time crypto researcher – stated that Solana’s reoccurring crashes result from bad design. He opined that the proof-of-history (PoH) blockchain is not innovative and only prioritized attracting investors in the short-term in its design.

According to Bons, instead of correcting this, Solana has doubled down on its bad security assumptions by taking even more dangerous design shortcuts. One such shortcut he notes is that the blockchain has been throwing hardware at its problem, as recently exemplified by the launch of its Solana phones, an innovation not needed by the blockchain industry at the moment.

On top of this, the network has also been caught up in several lies exposed in the past. These include lying about its circulating supply, making false statements about transactions per second (TPS), and being deceptively designed to inflate usage.

Bons advised investors to be wary of supporting the Solana blockchain due to this “abysmal history.” He added that the support the network and its native token SOL have received so far, especially from venture capitalists, “says much about the maturity of our ecosystem.”

“It would take a lot for it [Solana] to recover from such an abysmal history. As SOLs reputation continues to become more tarnished every time the network fails! As by comparison BTC & ETH never go down! SOL does not deserve our support,” Bons wrote.

Bons has not been the only crypto market player to take a jab at Solana. Following the crash, the CEO of the core developers of Cardano IOG, Charles Hoskinson, also tweeted a poke at the event.

According to a Fortune report, the crash lasted for around six hours and was caused by a single misconfigured node running a duplicate instance of the Solana code base. This caused a fork in the chain, which trapped some validators on the wrong chain. The issue was fixed after validator operators completed a “cluster restart.” 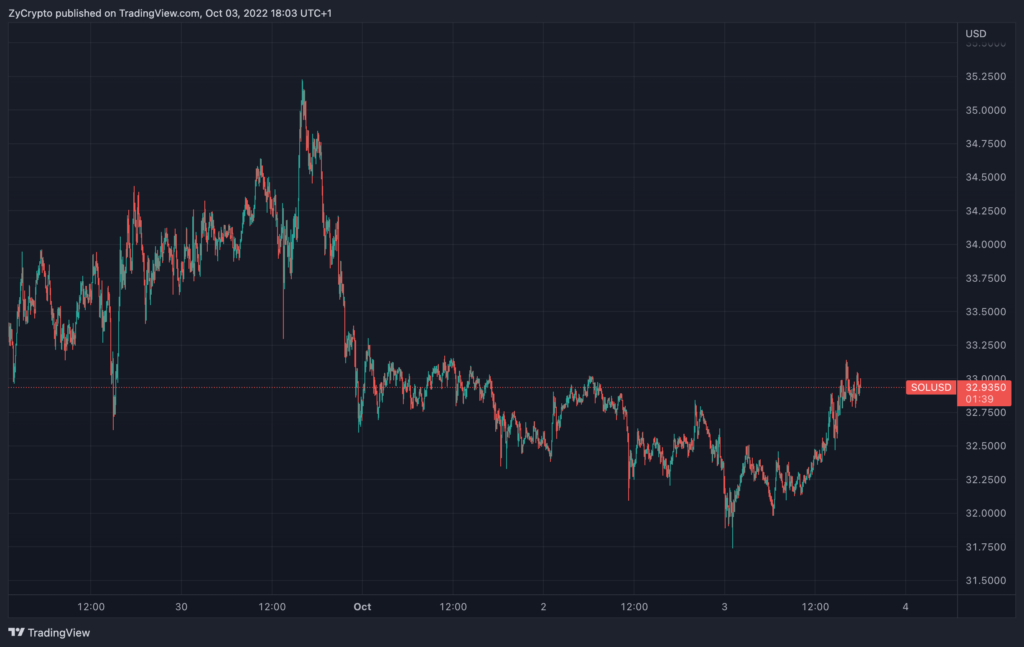 Amid the drama, the price of SOL held relatively steady. In the last 24 hours, SOL is up by 1.36% and currently trading at around $32.96 per data from TradingView.