Bitcoin reclaimed the $24,000 threshold on Friday after falling briefly on Thursday. On Saturday, the largest cryptocurrency by market capitalization surged as much as $24,850 as traders attempted to recapture the coveted $25,000 level.

On the other hand, Ethereum rose as high as $2,019 on Saturday after a 7% price jump, tapping levels last seen in May and posting its sixth week of consecutive gains. In the past seven days, Ether has gained roughly 15.63% and over 100% from June lows as investors eagerly wait for the Merge upgrade.

Cryptocurrencies across the range have also soared towards the weekend, with Cardano, Solana, Polygon and BNB surging over 7%, 10%, 10% and 4% respectively, in the past 24 hours.

After taking a shattering loss in the first of the year, most crypto-assets have recovered, albeit still being far away from their all-time highs. This rebound has been mirrored in traditional markets, with about 70% of stocks on the New York Stock Exchange and the S&P500 and Nasdaq indexes closing the week higher.

The latest CPI data has shown that the historic 40-year high inflation rates are finally slowing down, lessening the chances of another massive rate hike from the Fed in September and bringing back investor confidence in the crypto market.

In the past two months, big-name asset managers have also been launching digital assets services, citing increased interest by their clients. In august alone, major assets management firms Abrdn, Blackrock and Charles Schwab have closed deals related to digital assets, a move that could trigger massive institutional investments in the crypto sector, according to Ark Invest’s Cathie Wood.

In a Friday interview, Anthony Scaramucci, founder of Skybridge Capital, noted that BlackRock’s Bitcoin Trust and other institutional entrants would create a demand shock for Bitcoin, given its limited supply, sending prices spiralling.

On-chain metrics on the top two cryptos also seem to be improving. According to Glassnode, Bitcoin miner financial conditions seem to improve after miner stress peaked in June as BTC prices fell below $20k. “There has been a notable decrease in miner distribution to exchanges in recent weeks. This suggests that whilst stress remains in the industry, the worst may well be behind us,” wrote Glassnode. 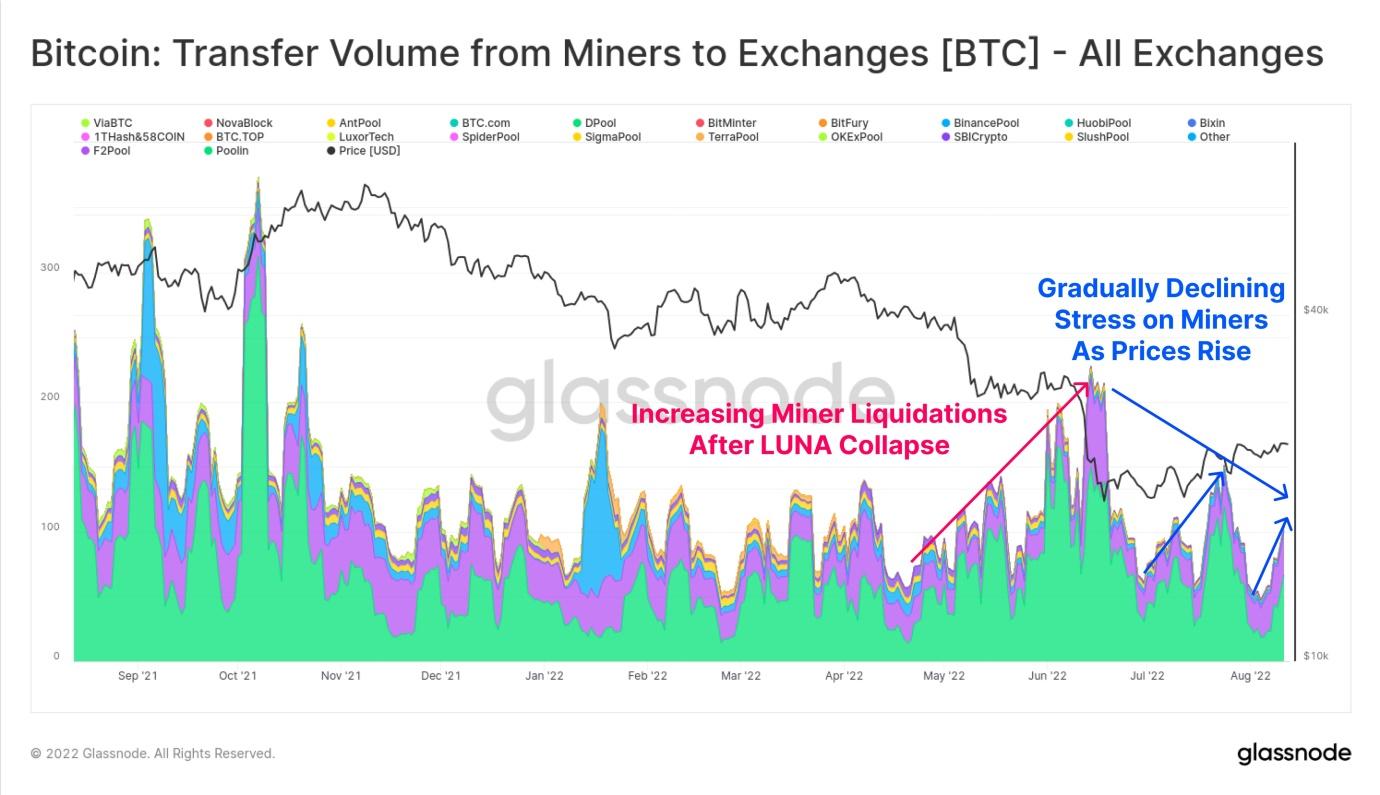 The oncoming Ethereum Merge has also stirred up Ether’s social volume, with investors doubling down on ETH purchases. Earlier this week, Santiment tracked “a major influx of ETH transactions valued at $100,000 or more”, a move synonymous with accumulating whale addresses.

With the remaining year duration brimming with exciting updates, including Cardano’s Vasil upgrade, the market is likely to see increased volatility. Although there is still some uncertainty as to where crypto prices could head in the short term, most investors remain bullish long-term.