Despite stabilizing at the start of the week following a brutal sell-off last month, Bitcoin could plunge further, setting up Ethereum and other cryptocurrencies for a deeper correction, Gareth Soloway, Chief Market Strategist of InTheMoneyStocks has warned.

Speaking to Kitco News, the pundit indicated that the bearish trend is far from easing, sharing a chart showing that Bitcoin had breached strong support during the equity market sell-off last week.

After hovering inside an ascending channel since June, on Friday, Bitcoin dumped by over 10%, with the daily candle closing below the channels support trendline. “As far as I am concerned, this is a very, very nasty pattern formation,” said Gareth adding that he expected the price to retest the 2017 lows.

While a slight bounce could come out of the 2017s high, he, however, warned that the price could still break below, sending Bitcoin to sub-$15,000.

“If we break below that…the next stop is going to be 12k or 13k…so we are headed lower. It’s gonna be a rough road along the way there,” Gareth added.

In October 2021, the analyst called for bitcoin’s correction to $20,000, terming the technical conditions on the cryptocurrency’s chart as unfavourable. In the latest call, however, he signalled at the next Bitcoin bull run kicking off around his target. “So the beauty of 12 to 13k is it gets us to that 80-85% correction that bitcoin has done every single cycle, so that kind of gives us a basis of what to look for…it’s also a strong technical support,” he went on. 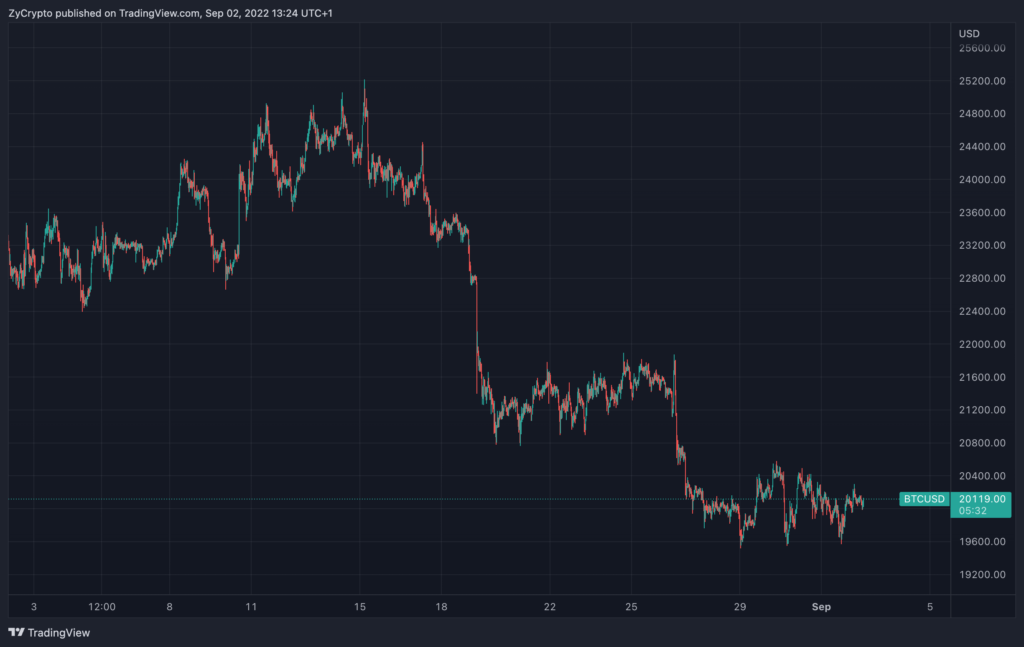 When asked about his thoughts on Ethereum, Gareth stated that although it was likely to surge around the Merge, he didn’t necessarily anticipate that. On the contrary, Ethereum was “very likely” going to drop to $645. “That should be the level that Ethereum hits when bitcoin hits 12-13k,” he said noting that $645 played as a critical support level- being the beginning of the 2020-2021 bull market.

Gareth however maintained that he is a long-term bull referring to himself as “just a short-term macroeconomist looking at the cycles and everything like that.”  According to him, investors were better placed to endure the ongoing crypto winter if they can weather the emotional storm. He discouraged people from “going all in at one specific level” advocating for dollar cost averaging. “Buy a little here at $21k buy a little bit more at $18k, buy some more at $15k and so forth,” he said, referring to Bitcoin.