The deadly drone attack near Baghdad airport on Friday represents the most serious stride towards a conflict in Iran for more than 20 years.

Why did neither Obama nor Bush kill General Qassem Soleimani?

General Soleimani was a highly regarded military figure in Iran and played a key role in his country’s foreign policy as well as shaping politics in Middle East.

He was the leader of the elite and secretive Quds Force of Iran’s Revolutionary Guard.

His men were responsible for carrying out foreign intelligence operations.

General Soleimani was known to encourage violence and terrorism in the Middle East and he reported directly to Iran’s Supreme Leader Ayatollah Ali Khamenei. 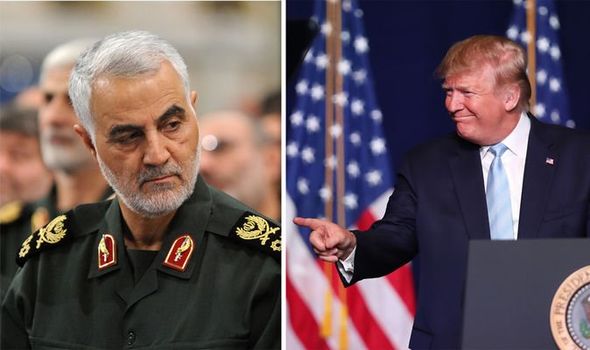 The New York Times reported last Friday that General Soleimani helped build up the firepower of terrorist groups like Hezbollah.

He also supported Hamas’ actions in the Gaza Strip and attacked American troops in Iraq.

On one occasion he fought on the same side as the US while Americans were striking Islamic State targets in Syria from the air while General Soleimani was directing ground forces against the militants during his time as President Bashar al-Assad strategist in the civil war.

But neither George W. Bush nor Barack Obama took action as president to target General Soleimani or anyone from the Quds Force. 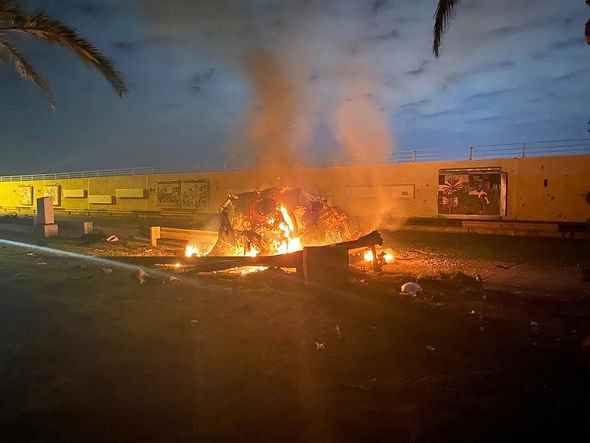 Democratic Congresswoman Elissa Slotkin, a former CIA analyst and Pentagon official on the Middle East under Bush and Obama, tweeted last week about the presidents’ inaction on General Soleimani.

She said that she had “participated in countless conversations on how to respond to Qassem Soleimani’s violent campaigns across the region,” adding that the “sophistication of Soleimani’s covert and overt military activities” had “contributed to significant destabilization across the region”.

Slotkin said: “What always kept both Democratic and Republican presidents from targeting General Soleimani himself was the simple question: Was the strike worth the likely retaliation, and the potential to pull us into protracted conflict?”

She added that “the two administrations I worked for both determined that the ultimate ends didn’t justify the means”.

DON’T MISS
Will there be another war? Are we heading for World War 3? [ANALYSIS]
Safest countries in the world mapped as Iran tensions escalate [MAP]
World War 3 alert as  expert warns of dangers of taking US-UK troops out of Iraq [INSIGHT]

General Stanley McChrystal was the head of the Joint Special Operations Command during the Bush administration and in a 2009 article for Foreign Policy, he spoke of his decision not to attack General Soleimani’s convoy in Iraq one night in 2007.

General McChrystal said “there was good reason” to attack General Soleimani over the deaths of US forces by Iranian-placed roadside bombs in Iraq, but “to avoid a firefight, and the contentious politics that would follow, I decided that we should monitor the caravan, not strike immediately”.

“Despite my initial jealousy of Suleimani’s freedom to get things done quickly, I believe such restraint is a strength of the US political system,” he wrote.

“A zealous and action-oriented mindset, if unchecked, can be used as a force for good — but if harnessed to the wrong interests or values, the consequences can be dire.” 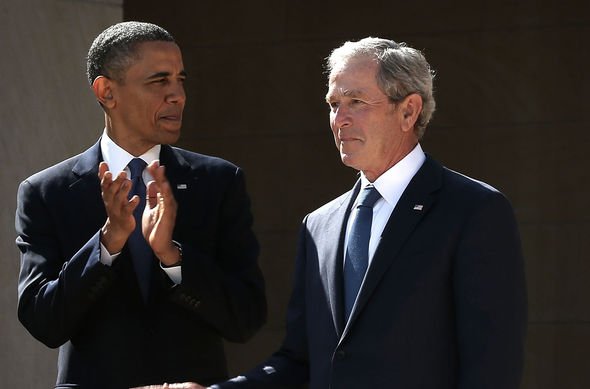 US policy towards Iran changed significantly while President Obama was in office.

His administration tried to improve relations with Iran and successfully negotiated a landmark nuclear deal in 2015.

President Obama, therefore, did not see it logical to take out General Soleimani given the nuclear deal between the two countries.

President Trump withdrew from that agreement in May 2018 and in the wake of Friday’s drone strike, Iran ended its commitment to the deal.

In an interview with Business Insider, the former senior director for Middle East affairs on the National Security Council under President Bush, Michael Singh, said: “Previous administrations concluded that the risks of targeting high-level figures outweighed the prospective benefits.”

“The Trump administration — mindful, perhaps, of the unsatisfying results of past US restraint — clearly reached a different conclusion.”

After the attack, the Pentagon said action was taken because General Soleimani “was actively developing plans to attack American diplomats and service members in Iraq and throughout the region”.

But this was called into question by New York Times veteran foreign corresponded Rukmini Callimachi.

She tweeted: “According to them [her sources], the evidence suggesting there was to be an imminent attack on American targets is ‘razor thin’.”

Ms Callimachi also suggested President Trump may have an ulterior motive for carrying out the strike, namely his upcoming impeachment trial in the Senate.

This, she suggests, could be evidenced by the hasty preparation for and execution of the strike, which was carried out without Congress being briefed.

She also tweeted that “following the attack on an Iraqi base which killed an American contractor circa Dec. 27, Trump was presented a menu of options for how to retaliate. Killing Suleimani was the ‘far out option’”.

Of concern to Presidents Bush and Obama was the manner in which Iran would respond to a potential attack on General Soleimani during their terms in office.

Since the events on January 3, analysts and experts have predicted that Iran could retaliate against the United States with cyberattacks and by targeting military personnel and diplomats in the region.

The US State Department has already ordered all American citizens in Iraq to leave the country.

But Iran expert Karim Sadjadpour tweeted on Friday: “What’s more likely is sustained proxy attacks against US interests/allies regionally and even globally.”

Tragedy as around 90 pilot whales die after becoming stranded