In May 1942, at the height of World War 2, the USS Lexington, along with 216 of its crew and 35 aircraft, was lost during the Battle of the Coral Sea. The vessel sunk somewhere along the Queensland coast while defending Australia from certain Japanese invasion. The vessel was thought to be lost forever, but, 76 years later, a search crew led by US billionaire Paul Allen located the wreckage 800km from the coast.

Video from Research Vessel Petrel captures the moment divers noticed the iconic vessel’s nameplate while scanning the bottom of the ocean.

The other replied: “Oh yeah, stamped into the steelwork.

“If there was ever any question.” 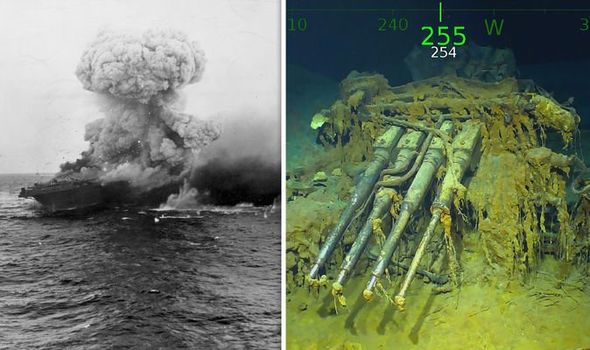 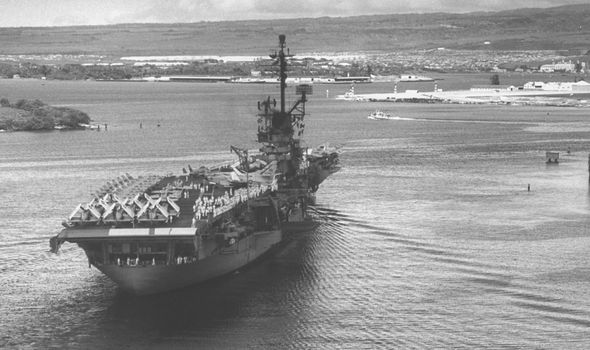 Right there, Lexington, right there – L.E.X

He said: “To pay tribute to the USS Lexington and the brave men that served on her is an honour.

“As Americans, all of us owe a debt of gratitude to everyone who served and who continue to serve our country for their courage, persistence and sacrifice.”

US Pacific Commander Admiral Harry Harris, who is also President Donald Trump’s nominee for US ambassador to Australia, was thrilled with the find.

He said: “As the son of a survivor of the USS Lexington, I offer my congratulations to Paul Allen and the expedition crew of Research Vessel Petrel for locating Lady Lex. 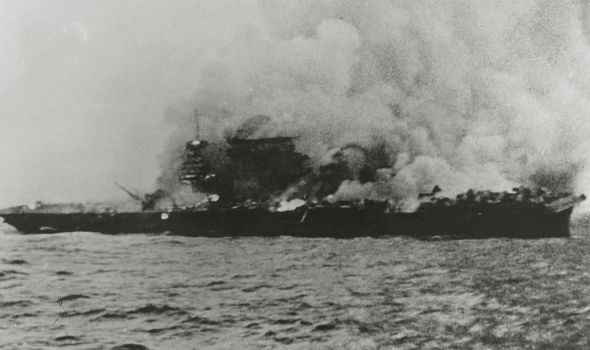 “Our Navy’s strength comes from those who have gone before. This is our heritage.

“No-one should doubt that today’s warriors are ready to fight tonight and win.”

Alongside the wreckage, several recognisable aircraft were found, including seven Douglas TBD-1 Devastators and a number of Grumman F4F-3 Wildcats.

Originally designed as a battlecruiser, “Lady Lex” is credited for its part in forming a resistance against Japanese advance in the Pacific. 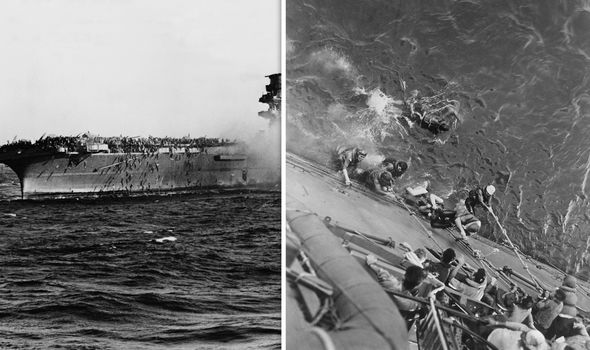 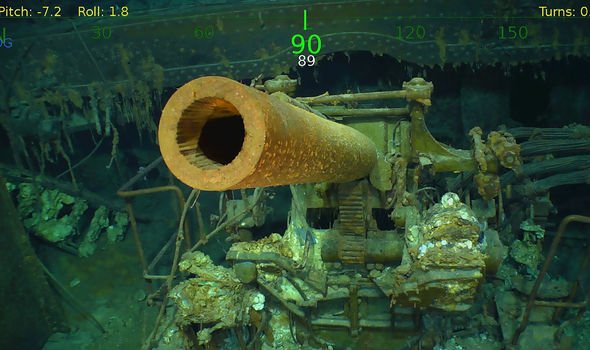 In the months before the Lexington went down, Japan had attacked the US battleship fleet at Pearl Harbour, and it was feared an invasion of Australia was imminent.

After a days-long stand-off between Japanese and Allied forces in the Coral Sea, the Lexington was defeated on May 8, 1942, after taking hits on both sides by multiple torpedoes and bombs.

The vessel survived long enough to deploy more aircraft for several hours, before sinking at 8pm. 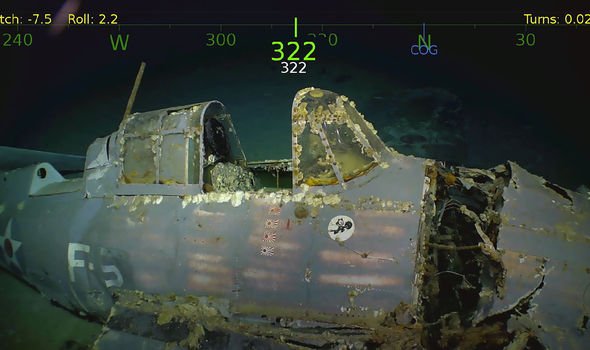 It marked the first time since the start of the war that a major Japanese advance had been checked and the Japanese fleet carriers Shokaku and Zuikaku—the former damaged and the latter with a depleted aircraft complement—were unable to participate in the Battle of Midway the following month, contributing significantly to the US victory in that battle.

The severe losses in carriers at Midway prevented the Japanese from reattempting to invade Port Moresby from the ocean and helped prompt their ill-fated land offensive over the Kokoda Track.

Two months later, the Allies took advantage of Japan’s resulting strategic vulnerability in the South Pacific and launched the Guadalcanal Campaign, along with the New Guinea Campaign.

These eventually broke Japanese defences in the South Pacific and were a significant contributing factor to Japan’s ultimate surrender in World War 2.