CHANTING women hurled petrol bombs at riot police in Mexico City during a protest demanding the legalisation of abortion.

Baton-wielding cops were seen engulfed in flames as the pro-choice demo reached boiling point on the streets of the capital. 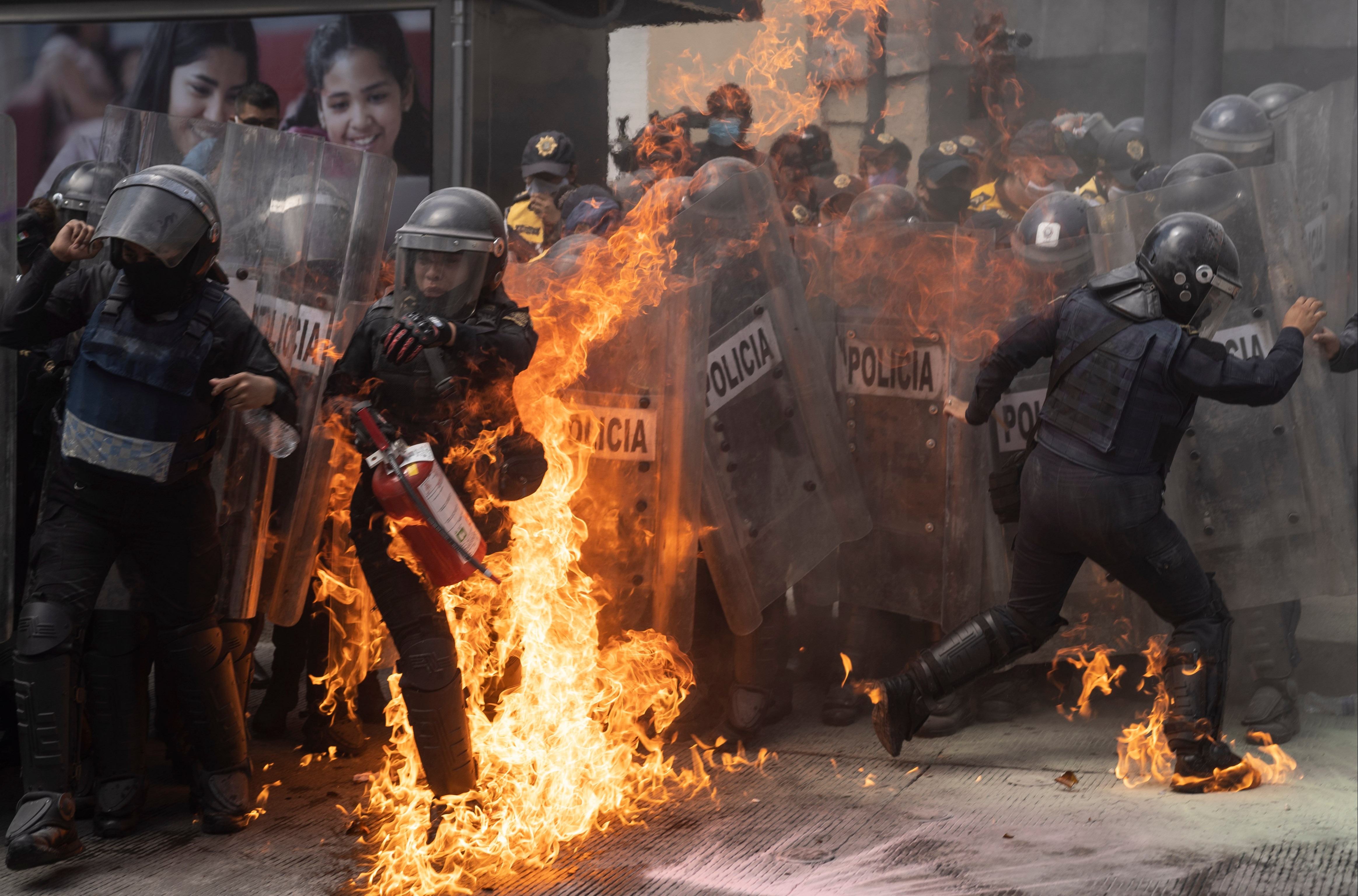 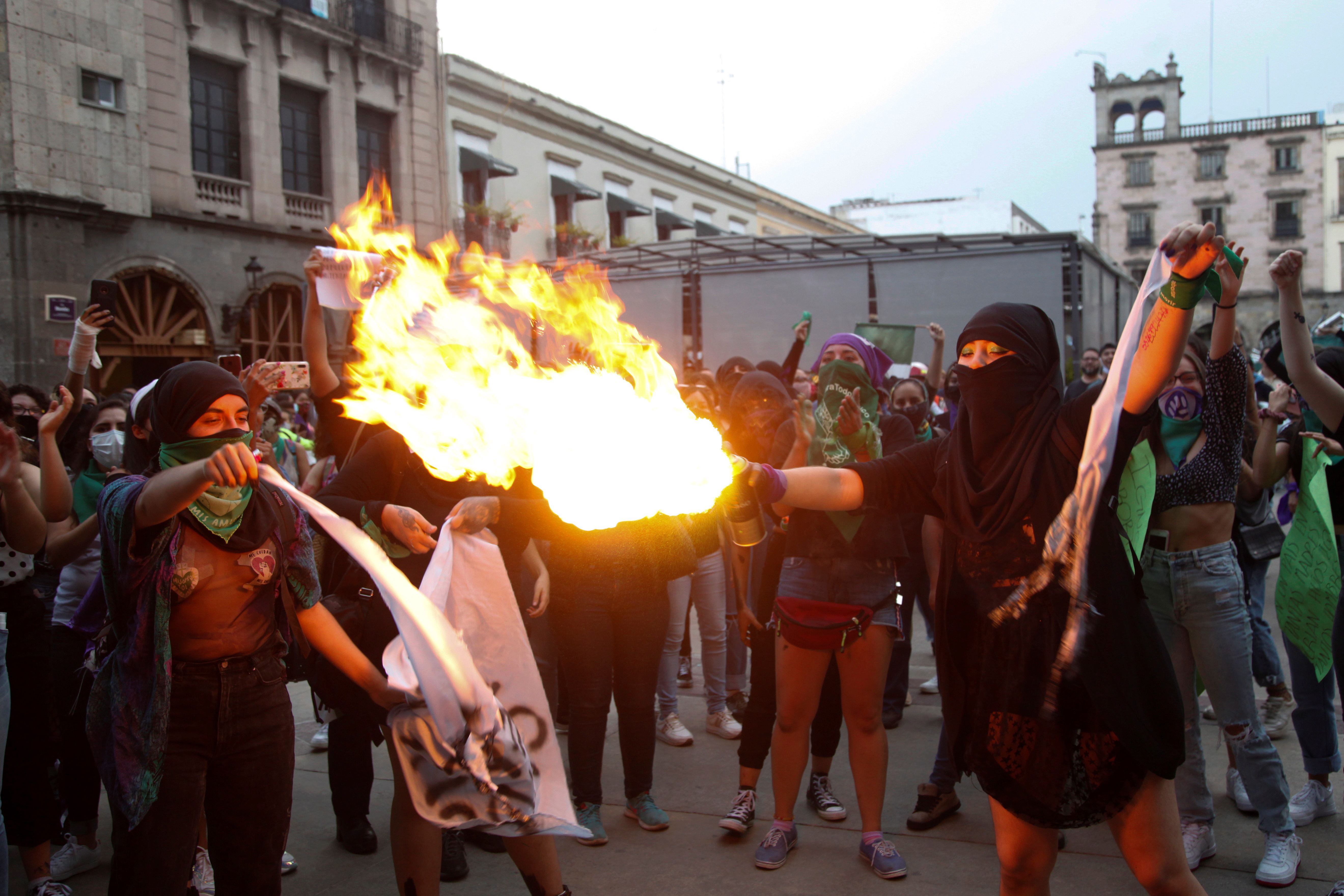 The fiercely Catholic country was rocked by chaotic scenes as hundreds of demonstrators charged police lines on Monday afternoon.

Many were clad in the green bandanas which have become the symbol of the pro-choice movement across Latin America.

Multiple officers were engulfed in flames after being hit by Molotov cocktails thrown by the mobs.

Police – many of them female – responded by spraying plumes of tear gas at hammer-wielding protesters. 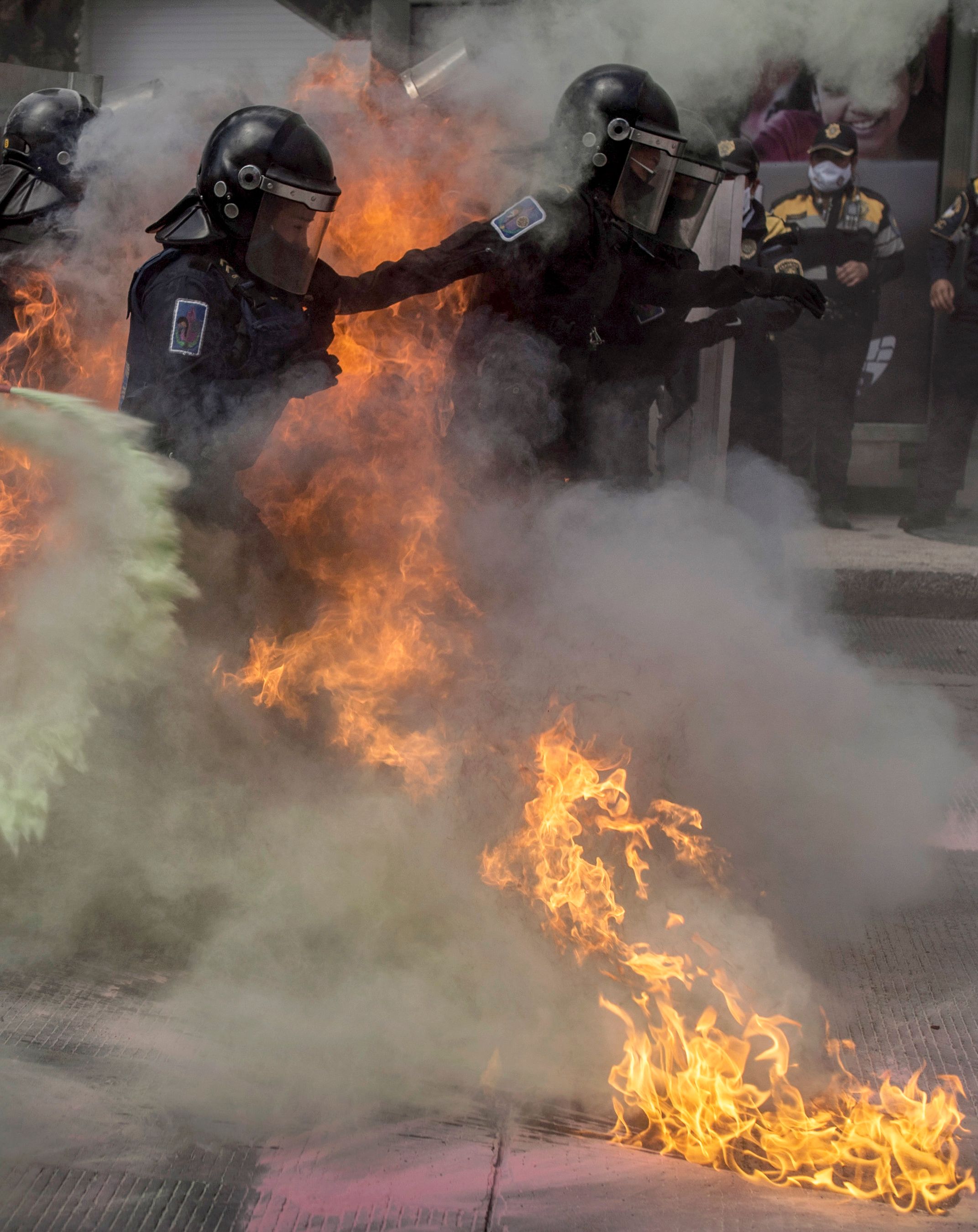 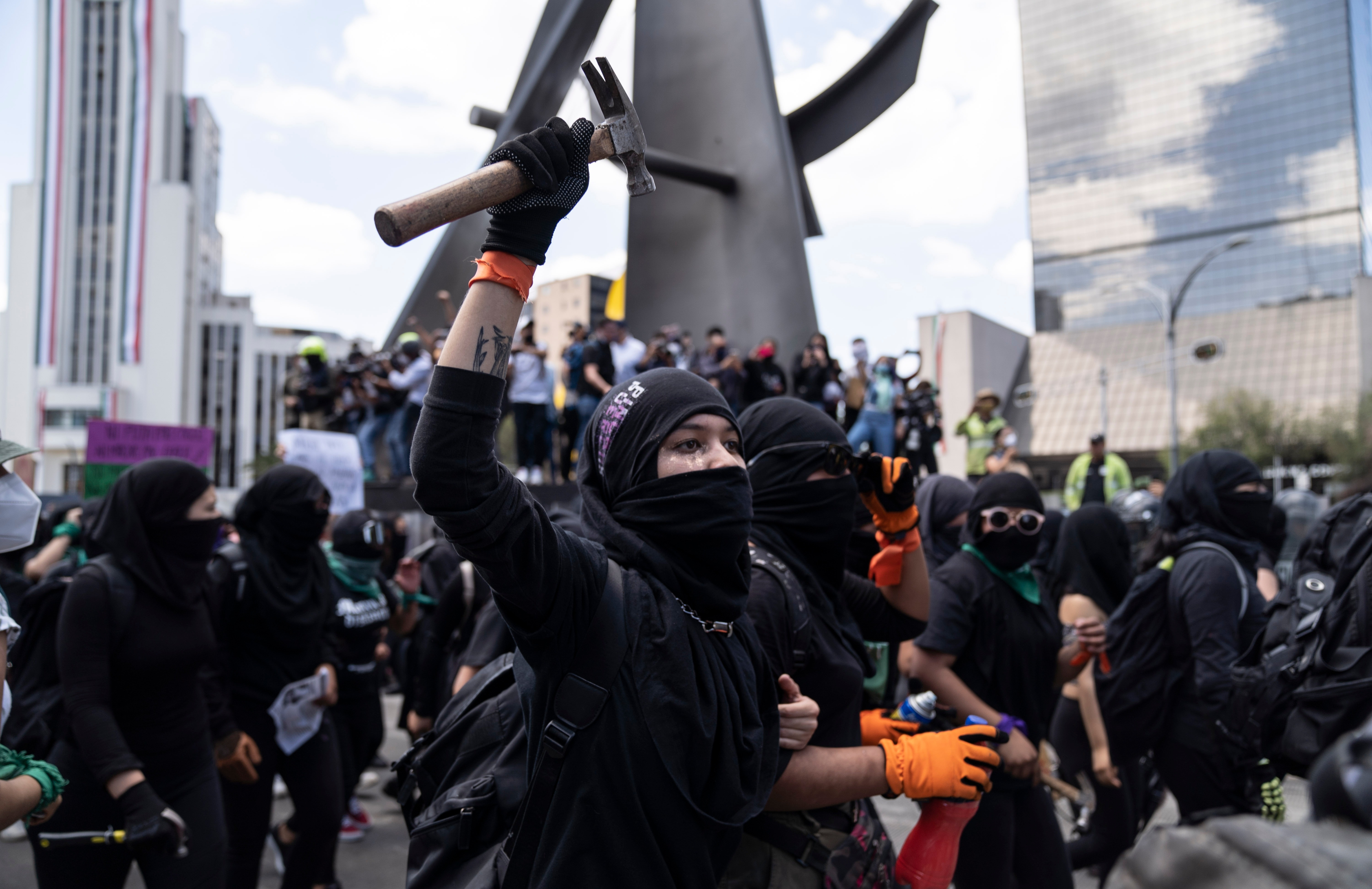 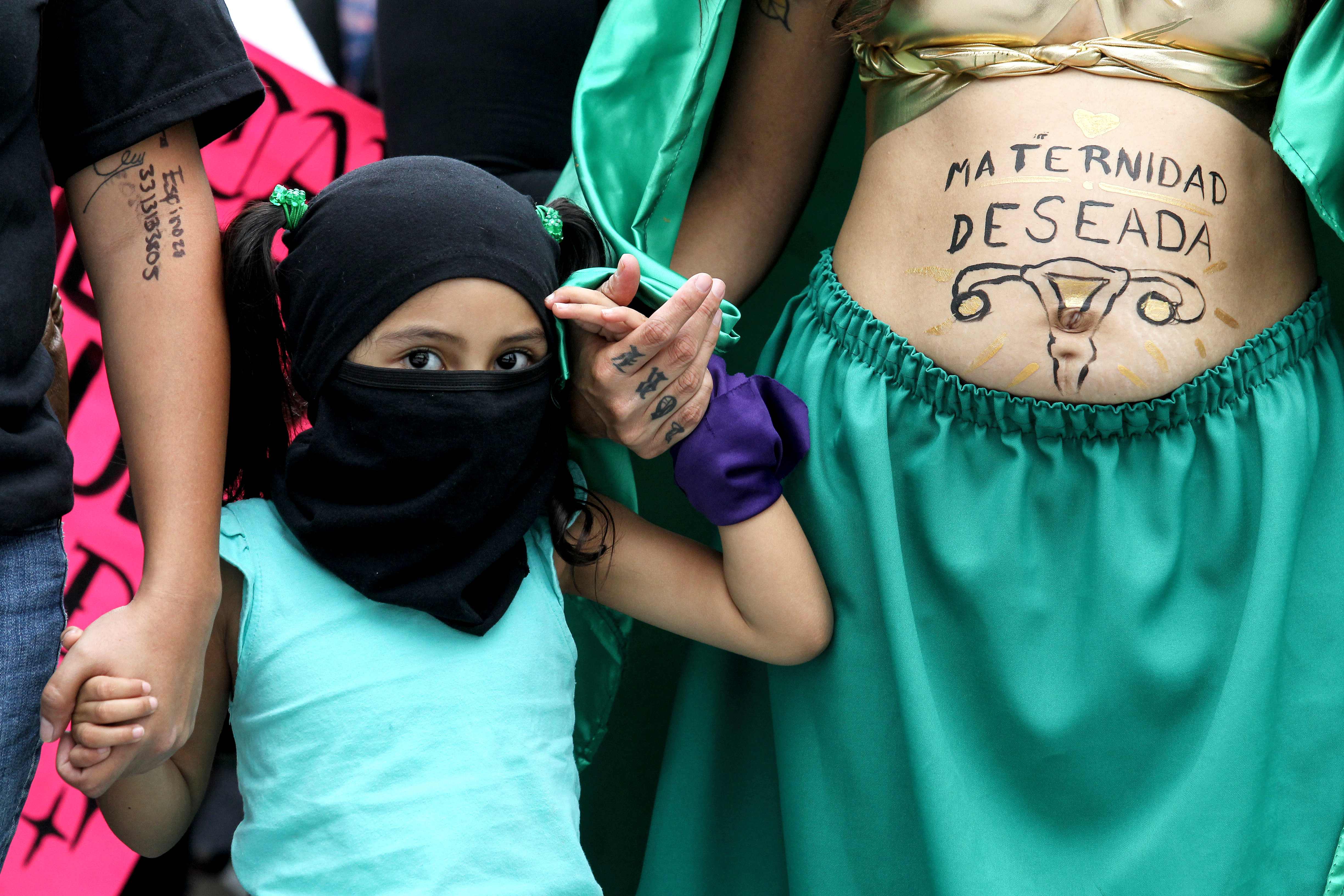 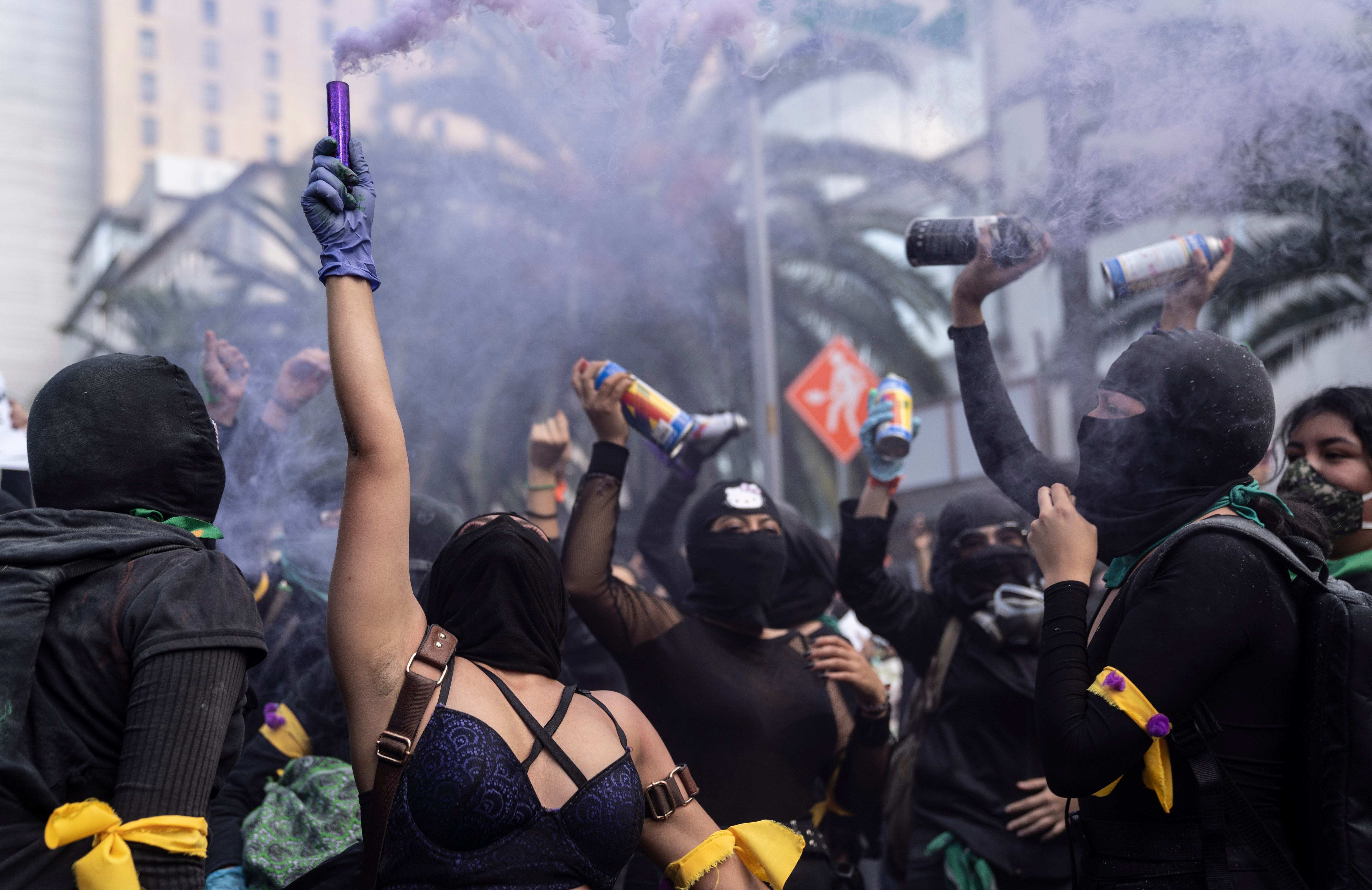 Some demonstrators also grabbed riot shields from cops and formed a phalanx to try to advance.

The protesters gathered in Mexico's capital to mark International Safe Abortion Day – which campaigns for access to legal and safe abortion across the world.

Abortion is illegal in Mexico outside the capital city and the southern state of Oaxaca, which legalised the medical procedure last year.

In the rest of Mexico, abortion is banned except under certain circumstances, such as rape.

The case revolved around an injunction granted in the eastern state of Veracruz, which would have effectively decriminalised termination in the first 12 weeks of pregnancy.

Campaigners had hoped the ruling would set a precedent for similar injunctions in other states. 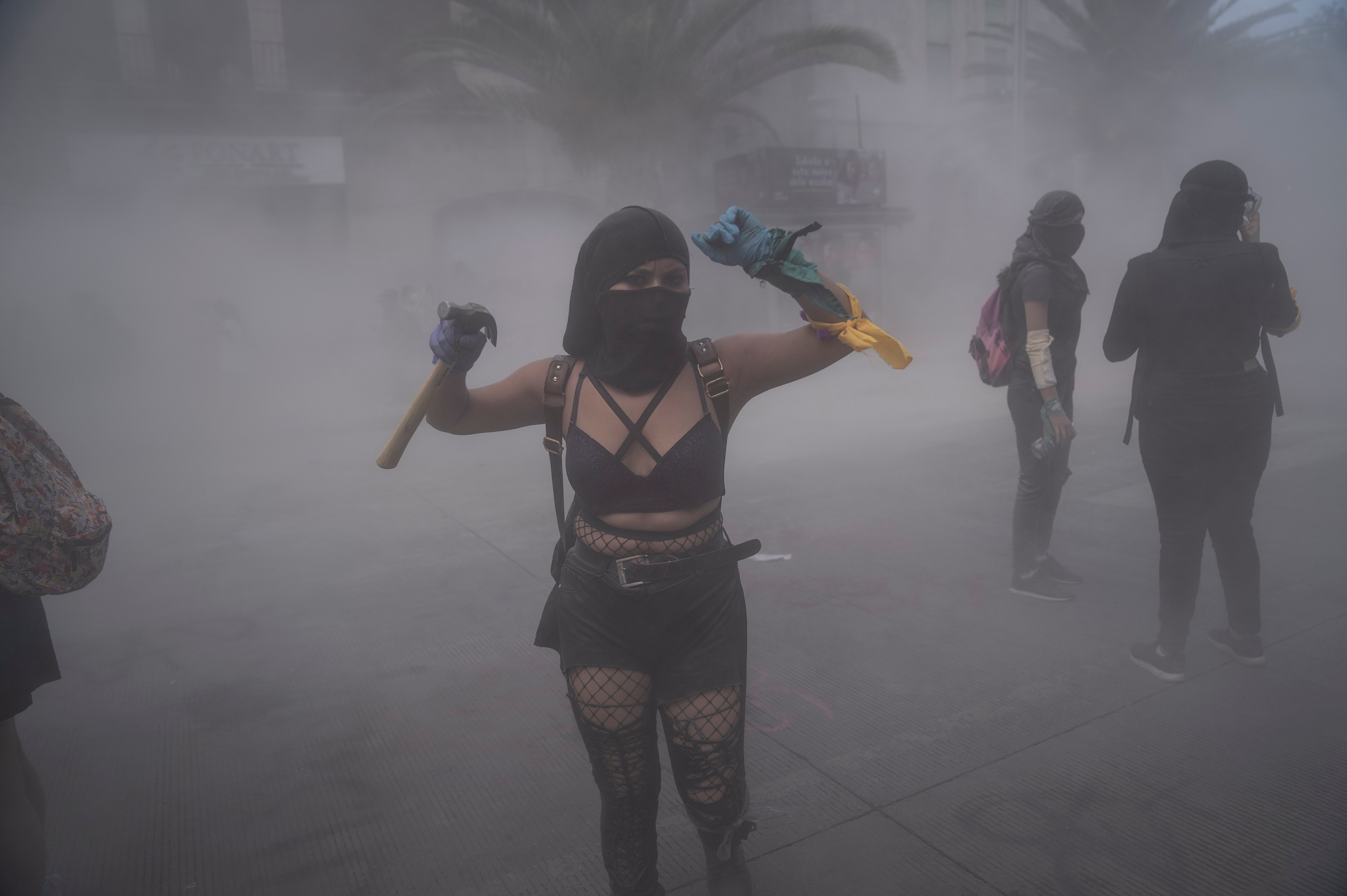 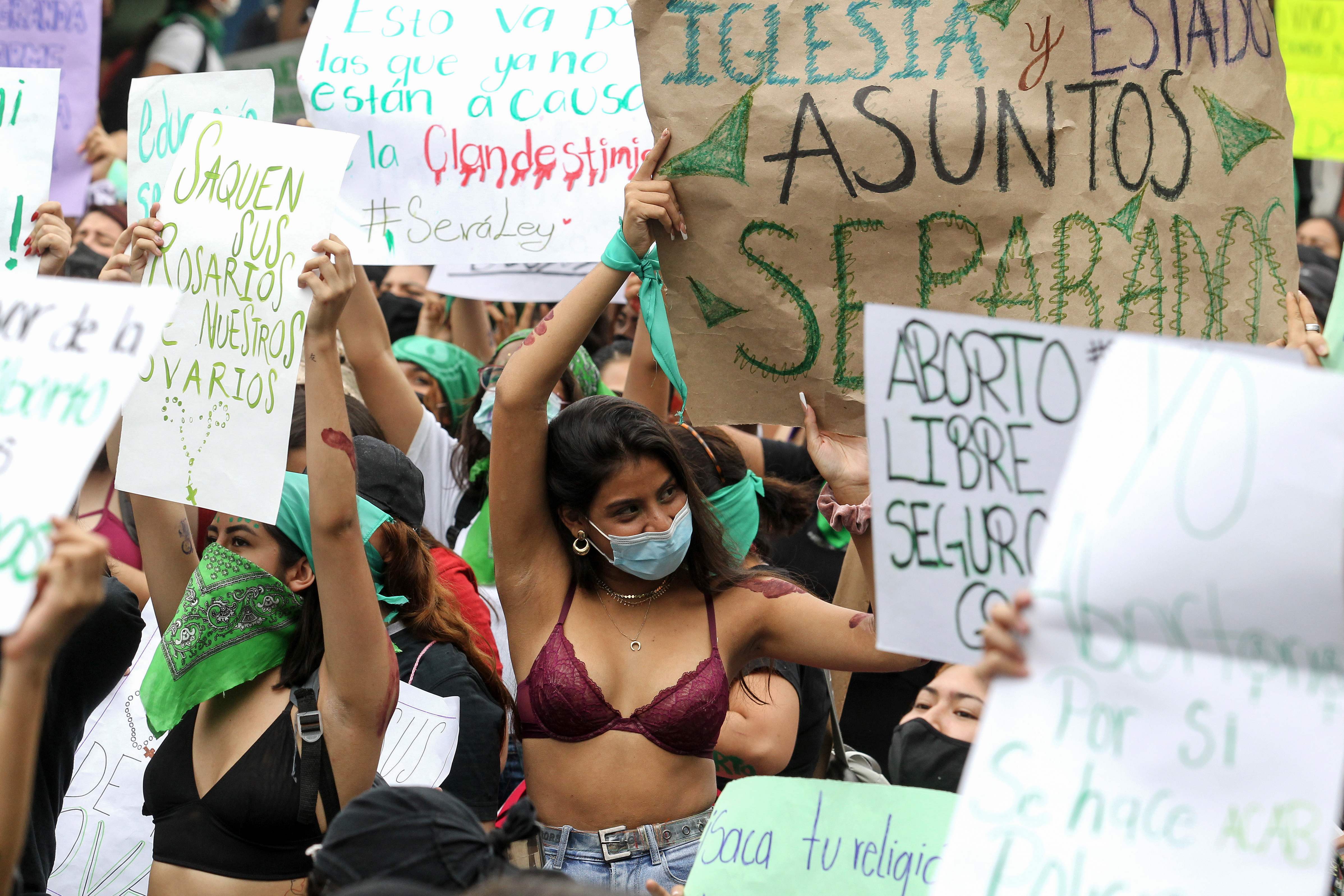 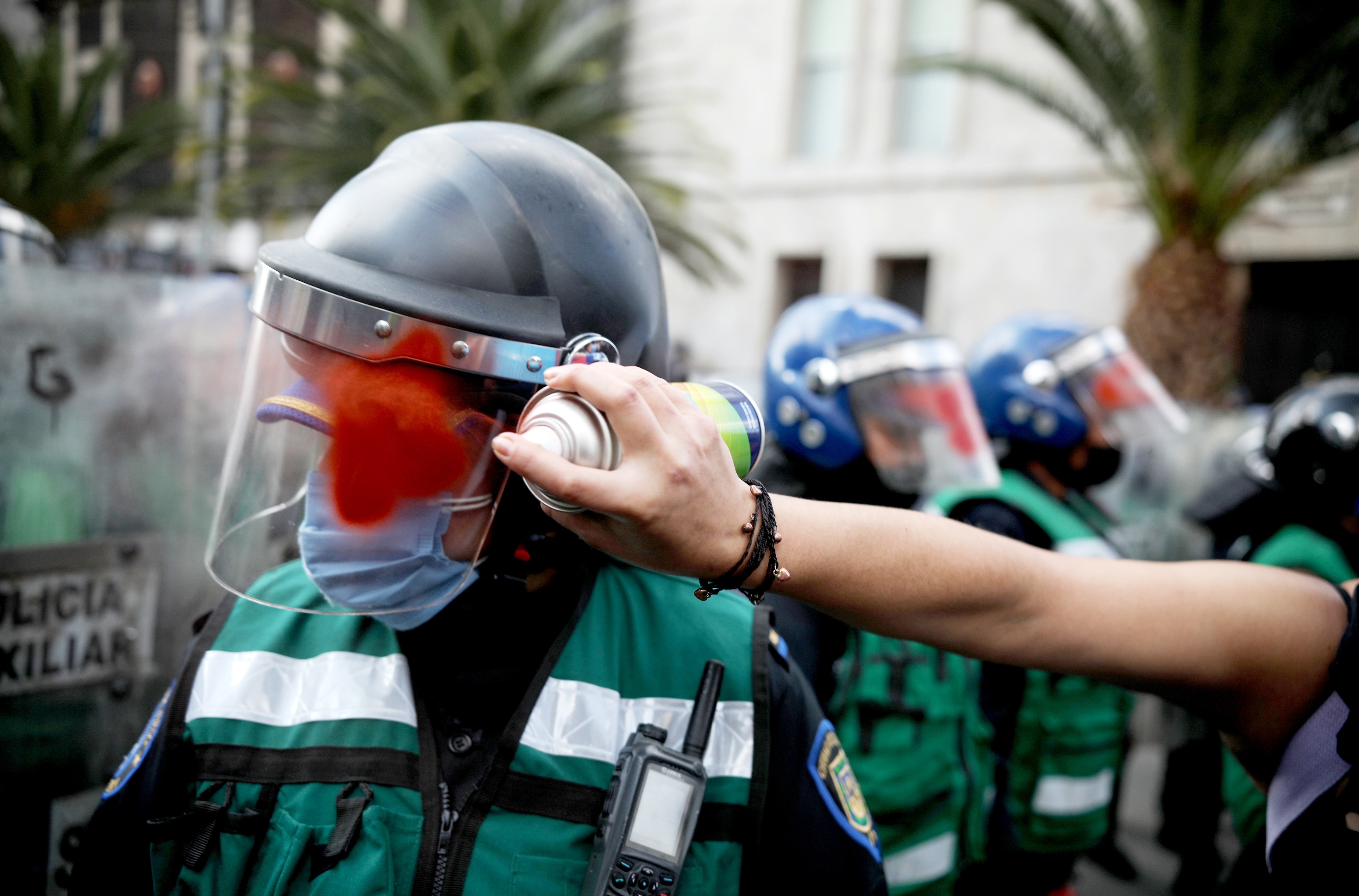 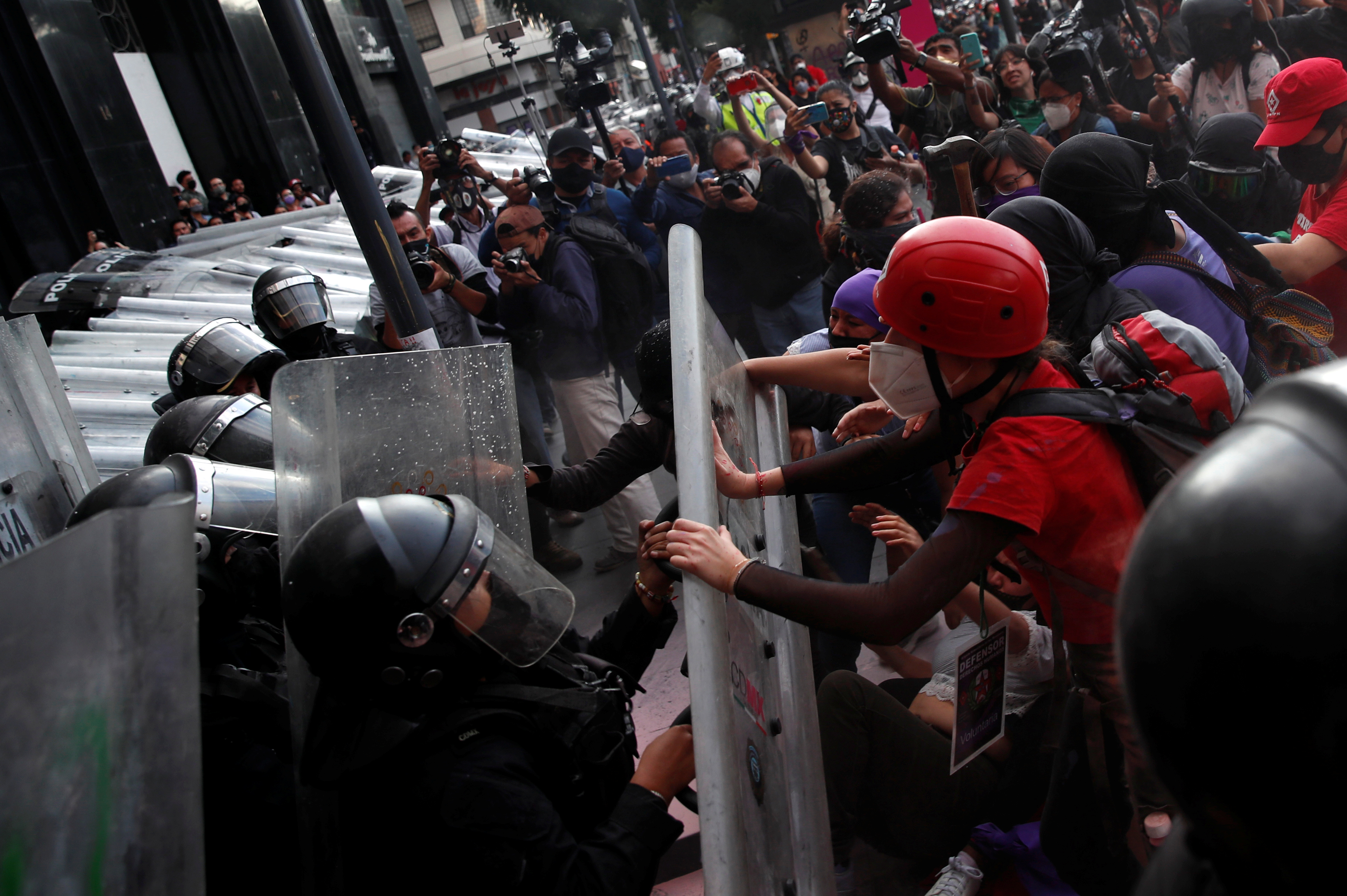