COPS in Dubai have arrested a group of women filmed posing naked on a balcony in broad daylight.

Footage taken from a next door building shows over a dozen women on the balcony of one of the city’s skyscrapers being filmed by a man. 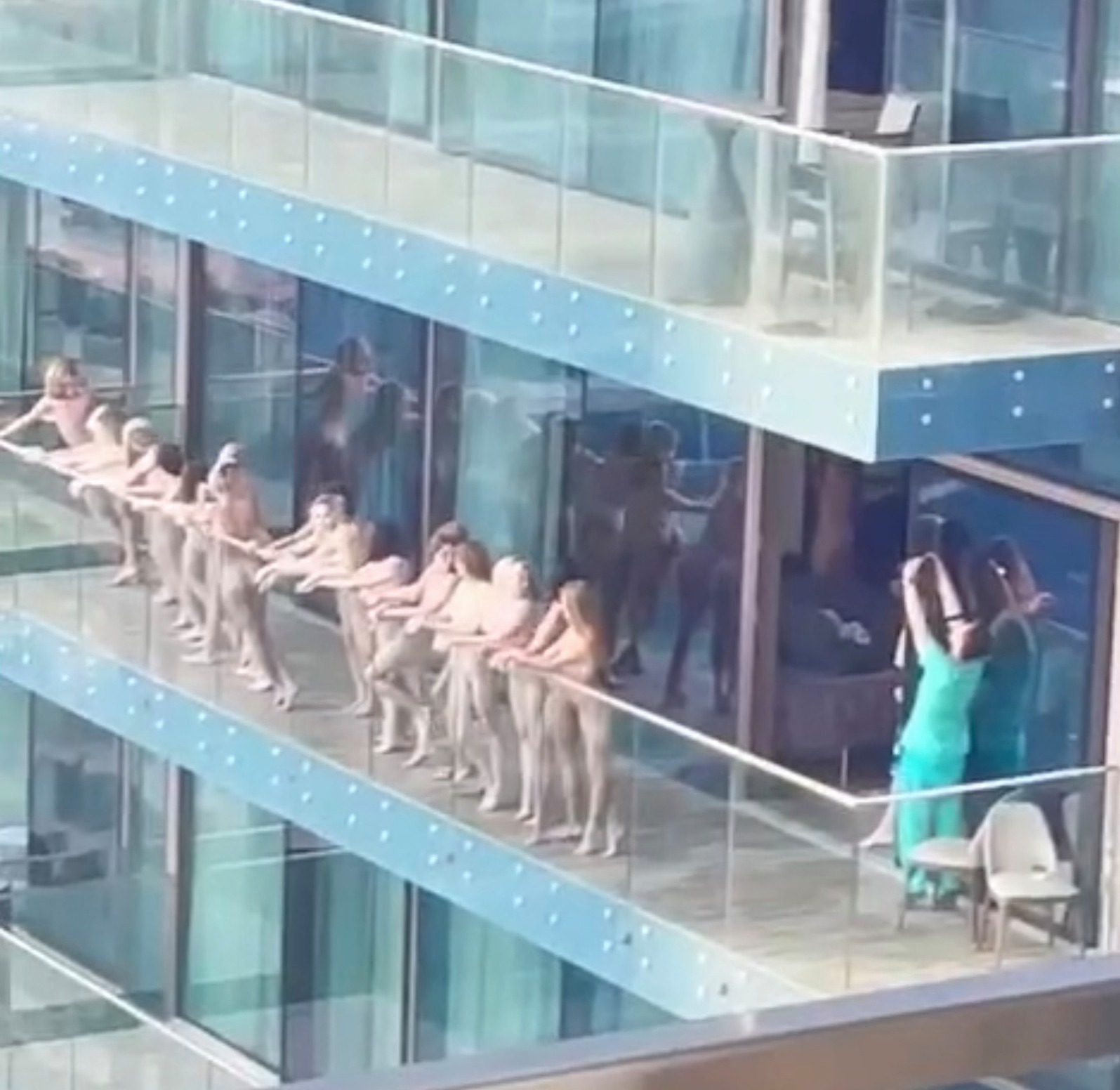 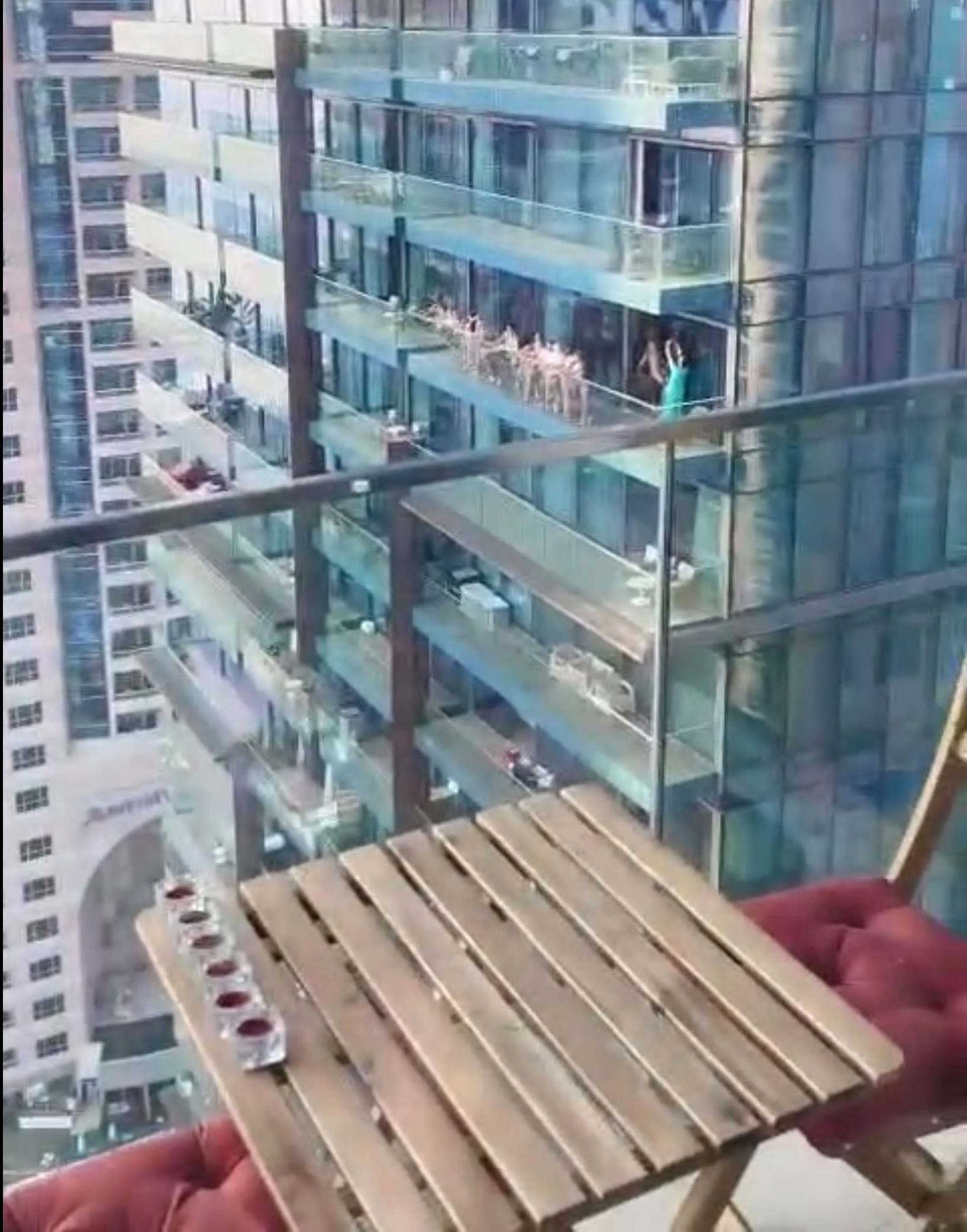 Dubai police said they arrested “group of people who appeared in an indecent video” on charges of public debauchery.

Videos and photographs showing the naked women, lined up on a balcony while being filmed in Dubai’s upscale Marina neighbourhood, emerged on social media on Saturday evening.

State-linked newspaper The National reported it appeared to be a publicity stunt, without elaborating.

It came as a shock in the UAE where tamer behaviour, like kissing in public or drinking alcohol without a license, has landed people in jail.

Dubai police said those arrested over the indecent video have been referred to public prosecutors.

“Such unacceptable behaviours do not reflect the values and ethics of Emirati society,” said police in a statement. 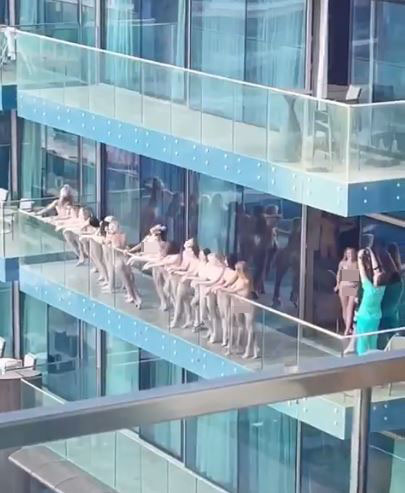 Those detained face up to six months in prison and a fine of around £1,000 for violating public decency laws in the United Arab Emirates, which includes nudity and other lewd behaviour.

The sharing of pornographic material is also punishable with prison time and hefty fines under the country’s laws, which are based on Islamic law, or Shariah.

The UAE, while liberal in many regards compared to its Middle Eastern neighbours, has strict laws governing expression and social media.

People have been jailed for their comments and videos online. 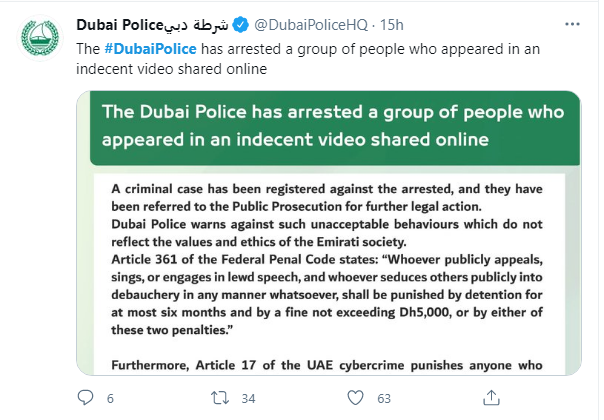 Dubai also has strict social media laws that make it an offence to insult others or even use language where people feel insulted.

The laws also forbid anything “defamatory” against the UAE and this can even include the reporting of a news article.

A woman from Surrey, Laleh Shahravesh, 55, is facing jail for calling her Dubai-based ex-husband an “idiot” and his new wife “a horse” under the Gulf state’s draconian social media laws.

Those who’ve fallen foul of the laws in the past include a Brit Yaseen Killick, jailed after venting anger on WhatsApp after being sold a car that broke down.

US fitness professional Jordan Branford was slapped with a nearly £60,000 fine after using the word “bitch” on Instagram, which his ex-wife believed was referring to her.

Glitzy Dubai has been in the headlines after reality TV stars and social media influencers flouted ­lockdown rules to sun themselves on its beaches.

Earlier this year they were still promoting parties there even after a coronavirus spike forced all pubs and bars to shut.

But critics have slammed so-called influencers for not doing proper work – insisting they should not be travelling abroad while the majority of Brits are locked down at home.