Police body camera videos show the moments before and after the police shooting of two people in a Chicago-area suburb.

The woman who was shot and whose boyfriend was fatally wounded allegedly by police in Waukegan, Ill., earlier this month is suing the city, the recently-fired Chicago-area officer who opened fire on them and the officer who questioned them minutes earlier, recently filed court papers show.

Tafara Williams, 20, is suing ex-Waukegan police officer Dante Salinas, who fired the shots the night of Oct. 20, and Officer James Keating, who stopped the couple while they were sitting in a car earlier that night, according to the lawsuit, which was filed late Wednesday in U.S. District Court in Chicago.

Waukegan police have said that Williams and her boyfriend, 19-year-old Marcellis Stinnette, fled after an officer — identified in the lawsuit as Keating — approached the car they were sitting in. Police said a second officer — identified in the lawsuit as Salinas — later stopped the couple's car. They have said that as Salinas approached, the vehicle started moving in reverse and the officer opened fire. 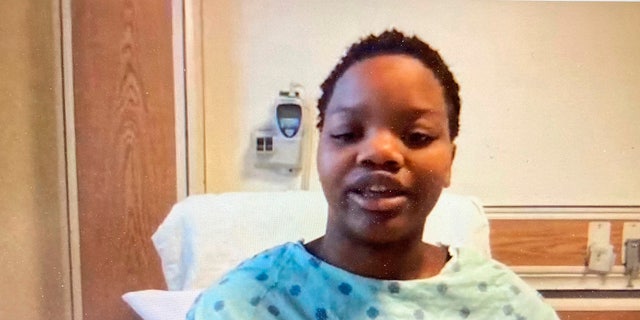 In this image taken from a video screen, Tafara Williams speaks to reporters from her hospital bed during a Zoom meeting Tuesday, Oct. 27, 2020, in Libertyville, Ill. (Zoom via AP Photo)

The lawsuit disputes the contention that Salinas feared for his life because the car was coming toward him and says a witness also disputes that version of events. It accuses Salinas of using excessive force when he fired at Williams, 20, and Stinnette, a 19-year-old Black man, as they sat in Williams' car, unarmed.

The lawsuit claims Keating had no reason to confront the couple in the first place, as they sat in Williams' vehicle smoking and talking.

The complaint also contends that the city of Waukegan knew or should have known that the two officers had “dangerous propensities for abusing authority, making false arrests.”

Police body camera footage and dashcam videos released Wednesday do not show the actual shooting – only moments after – and left questions surrounding the credibility of the officer’s narrative, lawyers for the couple said that day.

Attorneys Ben Crump and Antonio Romanucci, who represent Williams and Stinnette’s family, said the Waukegan police officer who shot the couple, later identified as Salinas, did not activate his body-worn camera until after he fired at them. 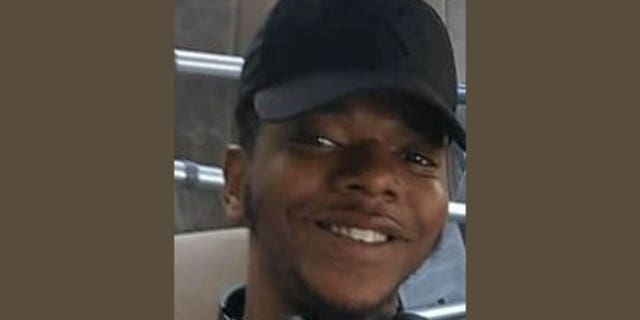 When the officer did turn activate the camera, someone off-camera could be heard saying: "We didn't do anything wrong."

“I was running behind you and you almost tried to run me over,” the unidentified officer said.

"Why did you shoot us?" a female voice is heard saying.

On Wednesday, when asked whether the car was seen in any of the footage reversing toward the officer, Crump said that “seems to be a false narrative about him fearing for his life because she was in reverse.

“You look at that video for yourself,” he said. “He is not in imminent danger when he shoots. It’s clear.”

Romanucci said he has reason to believe the police department was basing its belief solely on the narrative of the Hispanic officer, who he said has “zero credibility.”

“Once the shooting police officer turned on his body camera you heard him say, shout across the way to Tafara, ‘You tried to run me over.’ That is the false narrative that we continue to talk about,” Romanucci said. There should be no weight given to his self-serving statement for the use of deadly force against what clear appears to be a stationary car and his feet were stationary at the same time.” 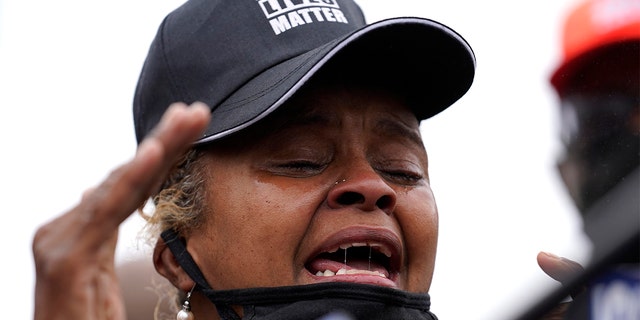 The attorneys also slammed the officer for neglecting to activate the camera when he was supposed to.

Williams said Tuesday that after being stopped by one officer while smoking in the car in front of Williams’ home, she and Stinnette raised their hands to show they were unarmed. She said she then drove the car away.

Keating can be heard in the released video telling Stinnette he had an outstanding warrant and was under arrest before Williams appears to drive off.

"Man, they just ran me over," the officer then says.

Willams said Tuesday she didn’t think the officer was following her, she said, but shortly thereafter, another officer was “waiting for us.”

She recalled through tears how she lost control of the car and crashed.

“The officer was shooting at us. The car ended up slamming into a building,” she recalled. “I kept screaming, ‘I don’t have a gun.’ But he kept shooting.”

Williams said she and Stinnette had their hands up.

“I kept asking him, why, why he was shooting,” she continued. “Marcellis kept shaking. … My blood was gushing out of my body. The officers are yelling. They wouldn’t give an ambulance until we got out the car.”

She said that she could hear Stinnette breathing and begged the police to take him to the hospital first because he had recently had surgery, but her pleas were ignored.

“They laid Marcellis on the ground and covered him with a blanket while he was still breathing," she said.

Stinnette was taken to an area hospital, but could not be saved.

The lawsuit marks the first time the names of the officers were made public. A check of filings in the same federal court reveals that in August, a man sued Salinas alleging that the officer in 2019 struck him in the face with his gun, causing several bone fractures and lacerations.

Lakshmi Vilas Bank had dug its own grave