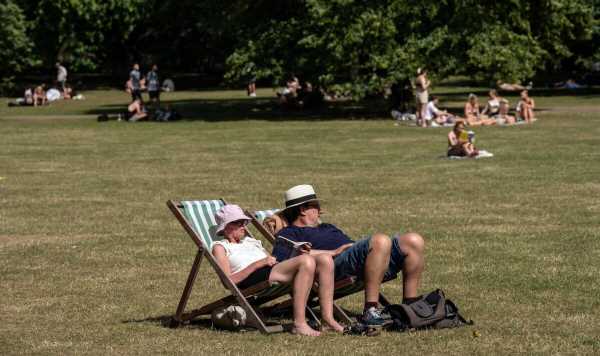 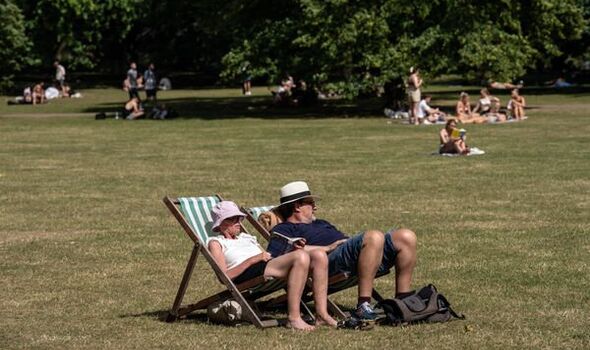 Temperatures rose to a high of 32.7C (91F) in Norfolk on Friday before they plunged at the weekend to 15C, bringing rain and thunderstorms.

But France and Spain are currently experiencing some “terrifying” temperatures – with Biarritz on Saturday having the highest temperature ever recorded there at 42.9C.

And Leon Brown, from The Weather Company, the world’s biggest commercial forecaster, revealed: “More heatwaves imported from the continent to the UK are forecast.”

“Each will reach at least 28C and last over several days.”

He said the next hot spell was predicted for early July with another in the second half of the month. Mr Brown added: “Around 36C (97F) would not be at all surprising. A third hot period is due in August, with September having a further spell.”

Met office forecaster Simon Partridge said we are facing a “decent week of sunshine” from today and we could have temperatures in the mid to high 20s on Wednesday and Thursday.

Experts suggest heatwaves should be named – in the belief that they are taken more seriously and make people more alert to the risks.

The Met Office began branding storms in the UK in 2015, following the example of the US where hurricanes have been identified since the 1950s.

Scientists want the same approach to heatwaves, which kill many more people annually in the UK than storms.

No formal proposals have been put forward by the Met Office yet.

But Professor Hannah Cloke, of the University of Reading, warned: “People don’t realise that heatwaves are dangerous. We should be doing anything we can to raise awareness in the same way as we do for storms.”

There were 1,634 excess deaths in England in two hot spells last summer – over eight days in July and four days in September – according to the UK Health Security Agency.