'We thought it was OK because Boris was there too' 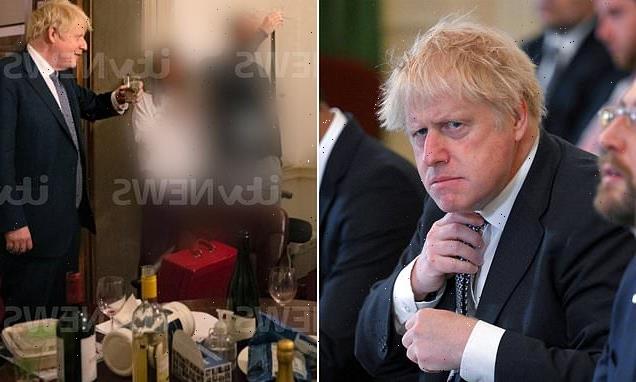 ‘We thought it was OK because Boris was there too’: Number 10 staffers say they didn’t realise they were breaking Covid rules at Downing Street drinks – but also say PM ‘may have just been popping through on way to his flat’

Downing Street staff have broken cover to say they only joined in lockdown parties because Boris Johnson ‘was grabbing a glass for himself’.

Three anonymous No 10 insiders described in detail regular rule-breaking events while Covid restrictions were in place.

Their evidence to BBC Panorama last night came ahead of the publication of senior civil servant Sue Gray’s report into Partygate, which is expected today.

Mr Johnson was already under renewed pressure after images obtained by ITV News showed him raising a glass while surrounded by colleagues and bottles of wine.

Days after ordering England’s second national lockdown, images showed the Prime Minister giving a toast for departing communications chief Lee Cain on November 13, 2020. One witness said: ‘There were about 30 people, if not more, in a room. Everyone was stood shoulder to shoulder, some people on each other’s laps.’

‘Unforgivable’ scenes were described at a party on April 16 last year, the eve of the Duke of Edinburgh’s funeral. 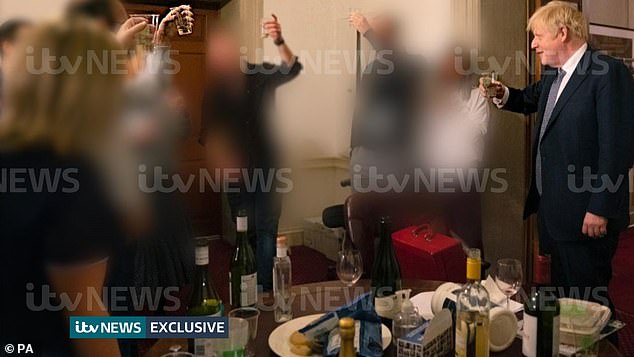 The Prime Minister raising a glass at a leaving party on November 13, 2020, with bottles of alcohol and party food on the table 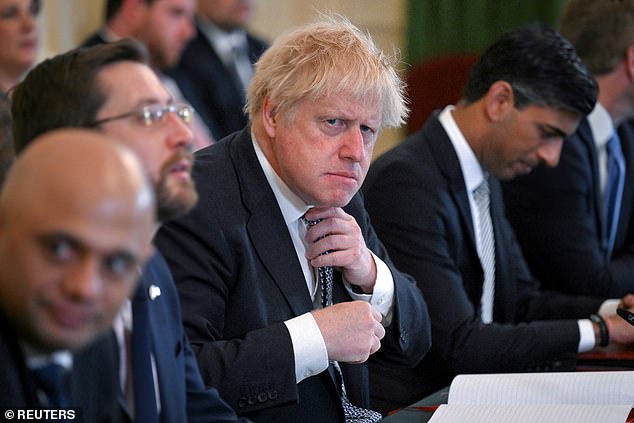 Attendees told of a ‘lively event… a general party with people dancing around’ that became so loud that security guards told them to go into the No 10 grounds.

‘Everyone grabbed all the drinks, the food, everything, and went into the garden,’ one source said.

‘We all sat around the tables drinking. People stayed the night there.’

The insiders said the events were weekly, with press office drinks put in the diary as ‘WTF’, standing for ‘Wine-Time Friday’. 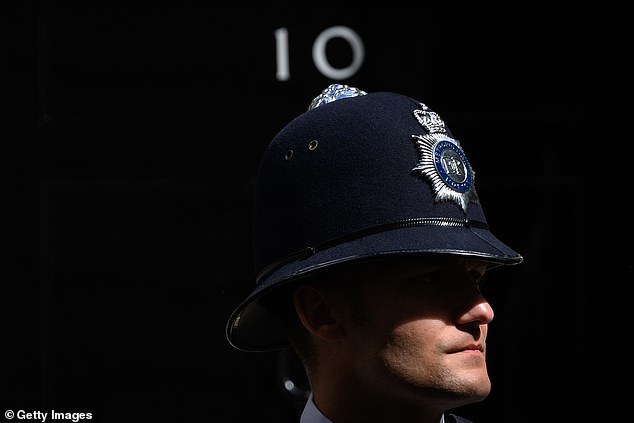 A police officer walks past the front door of number 10, Downing Street yesterday in London 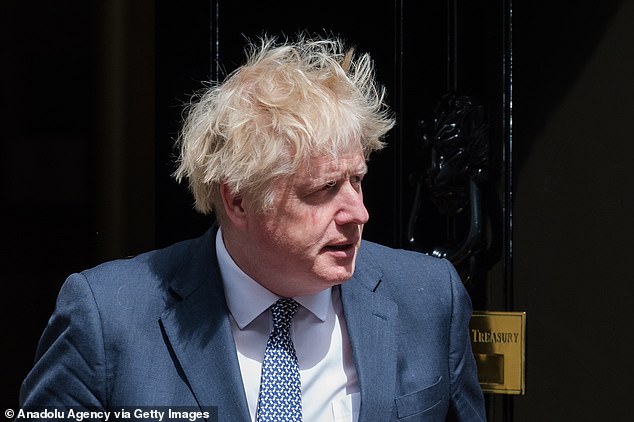 One former official described often turning up at No 10 to find it a ‘mess’: ‘There were bottles, empties, rubbish – in the bin, but overflowing – or indeed sometimes left on the table.’

One said a Downing Street security guard, known as a custodian, was mocked when he tried to break up a party.

‘I remember when a custodian tried to stop it all and he was just shaking his head in this party, being like “This shouldn’t be happening,”’ they said.

Sources say Friday drinks had long been a tradition.

‘We saw it as our own bubble,’ one said. ‘Everything just continued as normal. Social distancing didn’t happen. We didn’t wear face masks. It wasn’t like the outside world.’

One said they felt they had the PM’s permission because ‘he was there’, adding: ‘He may have just been popping through on the way to his flat because that’s what would happen.

One staffer described watching Mr Johnson denying wrongdoing in the House of Commons: ‘We just sort of looked at each other in disbelief like – why? Why is he denying this when we’ve been with him this entire time, we knew that the rules had been broken, we knew these parties happened?’

One said younger members of the team ‘did not think they were breaking the rules at the time because the Prime Minister was at [the events], some of the most senior civil servants in the country were at them – and were indeed organising some of them’.