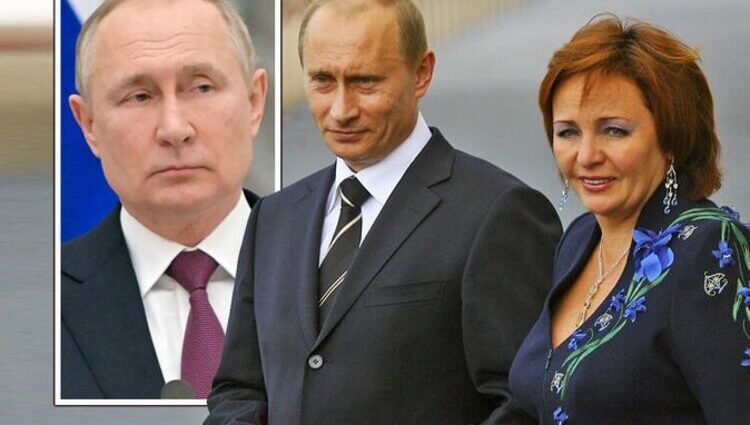 Ukrainian MP warns EU 'will be next' if Putin wins war

As Russia and Ukraine near their seventh week of war, attention has been shifted to Putin the man. Shortly after he gave the green-light for his military to cross the border and begin its invasion on February 24, question marks around the Russian President’s mental state emerged. Some claimed that the coronavirus pandemic had plunged the already isolated politician further into himself.

Pictures of meetings he has held with foreign leaders emerged, with visitors instructed to sit on the other side of a comically long table.

Videos would show his staff well-distanced from him during conferences, with many meetings held remotely.

Some experts claim that this is no new thing, and that Putin has always been keen on keeping distance both in person and in private life.

Very little is known about the Leningrad-born former KGB officer other than his service for the secret intelligence agency and his political tenure.

However, snippets of details about his private life have cropped up over the years, including from his time while married to air stewardess Lyudmila.

They tied the knot in 1983 and had two children together, Katerina Tikhonova and Maria Vorontsova.

In a piece for Newsweek, Owen Matthews, Spectator magazine’s Russia correspondent, delved into the secret history of Putin’s family, noting how after becoming Russian President, he effectively shut the lid on any information about his relatives.

He “disappeared” his daughters, the pair studying in university under different names, with students said to be none the wiser about their true identities.

Mr Matthews charts how Lyudmila was effectively “kept in the shadows for 30 years”.

When Putin announced a “civilised divorce” in 2013, state television reported the story for a day — but soon dropped all mention of the former First Lady “as though she had never existed”.

Mr Matthews wrote: “After the divorce, all mention of Lyudmila was erased from the news feed of the Kremlin website, and she was relegated to utter obscurity.

“Putin has created a Russia where people can, just like in the old days, simply be Photoshopped out of history.”

The Photoshop comment was a reference to the days of Soviet Russia, particularly during Joseph Stalin’s reign, when the leader would airbrush former allies out of photographs if they had fallen out of favour.

While Putin has kept an iron fist over his private life in the last 15 years, his family had given rare interviews before this.

Transcripts of talks with his daughters made it into a collection of interviews with Putin, his family and friends, called ‘First Person: An Astonishingly Frank Self-Portrait by Russia’s President Vladimir Putin.

In the book, a 14-year-old Katerina complains about being taken out of school because of her father becoming acting president.

She also notes a shift in their personal lives, their movements now shadowed by security guards.

Katerina said: “We have guards when we go to the movies.

“There’s a guy who sits there watching the movie, but I think he’s guarding us at the same time.

“Usually, we don’t even notice the bodyguards.

“Even when we go somewhere with our friends, they stay nearby, but they try not to get in the way.

“We’ve called them over to drink coffee with us a thousand times, but they don’t want to.”

The teen confessed to “flipping out” when finding out about Putin’s new role, at first believing it to be a joke.

Lyudmila admitted that she “cried for a whole day” when learning about the appointment, because, she said: “I realised that our private life was over.”

If anything, her private life had only just begun.

After their divorce, little was heard about Lyudmila.

But in 2017, details began to emerge about what she had been up to.

She appeared to have been planning a lavish life in a European villa with a husband 20 years her junior, according to the Russian news website Sobesednik.

It reported documents that appeared in 2016 to show Lyudmila had changed her last name to that of her new husband, businessman Artur Ocheretny, then 37.

A year later, photographs appearing to show the couple at London’s Heathrow Airport were published by the website Starhit.

Their link to the European villa was revealed by the Organised Crime and Corruption Reporting Project (OCCRP), which suggested that Ocheretny was the owner of a “mini-palace” in a village called Anglet, near Biarritz in the southwest of France.

The villa was said to be worth up to $7.46million (£5.3million) and was bought six months after Putin announced their divorce.