Mother calls for her daughter’s killers to be BURNED ALIVE after young veterinary doctor is abducted, kidnapped and murdered in India 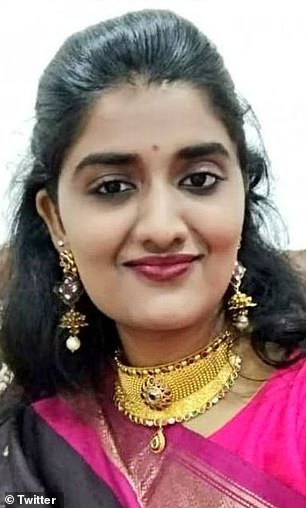 Priyanka Reddy has been raped, murdered and her body burned in India

The body of a vet has been found charred under an overpass in India after she was raped and murdered by men who had offered to help her with a puncture.

Priyanka Reddy, who was in her twenties, was on her way home when she was killed near Hyderabad and her body was dumped and burned 15 miles away.

The victim’s mother has called for the monsters who committed the horrific crime to be burned alive.

Police recovered her clothes, shoes and a bottle near a toll road where Priyanka had parked her motorbike, and her family could only identify her by a locket she was wearing.

A milk vendor found her body at 6am yesterday morning and immediately alerted the police.

Four men have been arrested, including Mohammed Pasha, a lorry driver.

Police identified the suspects after looking through CCTV footage from the crime scene.

Priyanka had called her sister Bhavya at 9.45pm to say that her motorbike had a puncture and someone had offered to help. 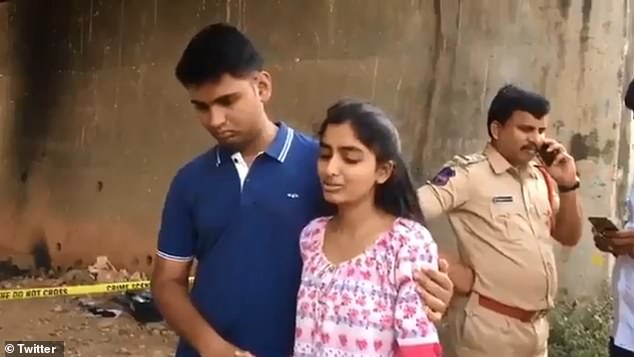 The grieving family are pictured after saying the accused men should be burned alive, the same fate that befell Priyanka

She then said that she was feeling scared by a group of truck drivers near her.

Bhavya advised her to leave the vehicle, walk to the toll and get a taxi home, but she never made it.

She tried to leave but the men blocked her then offered to repair the flat tyre. 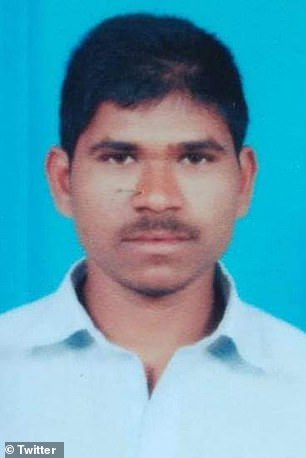 Lorry driver Mohammed Pasha (pictured) has been arrested, along with three other men

Police now believe the suspects may have deliberately caused the puncture to make their attack easier.

The victim’s mother said her daughter could have been saved if police acted quicker.

Bhavya had approached one police station shortly after her phone call with Priyanka but was redirected to another station and searches were not carried out for a few hours.

Priyanka’s younger sister said: ‘We lost a lot of time moving from one police station to another.

‘Had the police acted without wasting time, at least my sister would have been alive.’

The shocking allegations follow a number of horrific gang rapes in India and comes shortly after a wife in India was gang-raped by her nephews and forced by her ex-husband to drink acid in front of her young daughter.

Earlier this month, two teachers were accused of raping a blind girl over a two-month period in a school for children with disabilities.

The amount of rapes recorded in India is almost 40,000 each year, according to official figures.

Campaigners say the real number is higher, with victims wary of filing cases because of the social stigma and a lack of faith in investigators.