General Frank McKenzie, the head of US central command, said Iran had chosen to “step back and recalculate” after making preparations for the apparent attack, but it is is too early to conclude the threat has disappeared. He remains concerned by Iran’s potential for aggression, and isn’t ruling out requesting additional US forces to bolster defences against Iranian missiles or other weapons. General McKenzie said US redeployments to the Gulf have “caused the Iranians to back up a little bit, but I’m not sure they are strategically backing down”.

He added US forces are doing enough to “establish deterrence” without “needlessly” provoking Iran.

The US has accelerated the deployment of the USS Abraham Lincoln carrier strike group, four Air Force B-52 bombers and additional Army Patriot air-defence systems to the Gulf.

General McKenzie said: “We’ve taken steps to show the Iranians that we mean business in our ability to defend ourselves.”

The top commander of US forces has also repositioned surveillance aircraft so the situation in the Gulf and Iraq can be monitored more closely, where the US has 5,200 troops on the ground. 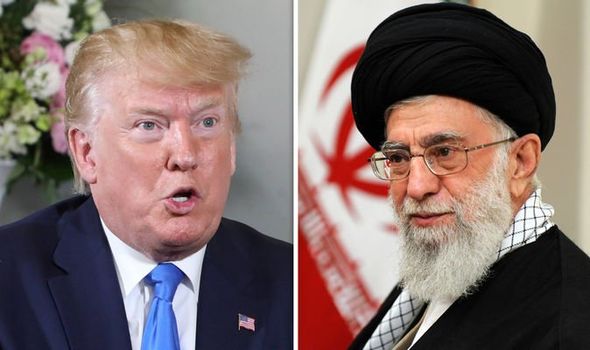 He added: “Cumulatively, all of these have caused them to sort of step back and recalculate the course that they apparently were on.”

But despite the US stepping up efforts to defend itself and attack if needed, the General McKenzie remains fearful Iran could still be planning more aggression.

The accelerated US efforts come after Donald Trump launched another scathing attack against Iran, accusing the Gulf nation of “failing as a nation” and being “undisputed champions of terror”. 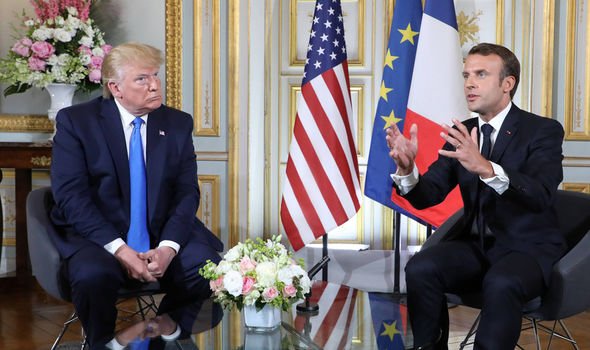 Speaking to reporters before holding bilateral talks with French President Emmanuel Macron in Caen, western France, Mr Trump wants to resolve the conflict peacefully but added the sanctions imposed on Iran so far are having the desired effect.

He said: “When I became President, Iran was a true state of terror. They still are and were undisputed champions of terror.

“They are failing as a nation, but I don’t want them to fail as a nation.

“We can turn that around very quickly but the sanctions have been extraordinary in how powerful they have been.”

Mr Macron said both France and the US remain committed to reducing Iran’s ballistic missile programme and stopping them obtaining nuclear weapons.

The French President added: ”I think we do share the same objectives on Iran. We had an accord until 2025 and we want to go further and have full certainty in the long run.

But Iran is holding firm, and earlier this week the Gulf nation’s Supreme Leader Ayatollah Ali Khamenei warned Tehran will continue “resisting” economic and political pressure from the US, and won’t be “deceived” by Mr Trump’s offer of negotiations.

Without mentioning anyone by name, he said: “Standing and resisting the enemy’s excessive demands and bullying is the only way to stop him.”

Tensions between the two countries are continuing to rise after the US sent an aircraft carrier and B-52 bombers to the region over an unexplained “threat” from Iran last month.