Ukraine evacuees will get UK visa '48 hours after applying' 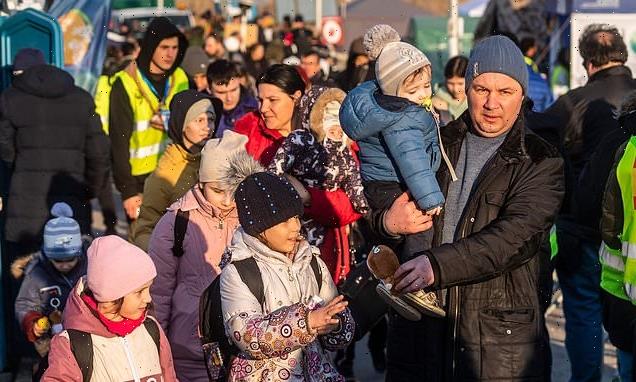 Ukraine evacuees will have British visa 48 hours after applying…with aim to take in 15,000 refugees a week, minister says

Visas for Ukrainian refugees will be processed within 48 hours, the minister in charge of the scheme vowed yesterday.

After widespread criticism of bureaucracy surrounding the UK’s response, Lord Harrington said the Government’s emergency routes will soon bring in 15,000 evacuees a week.

The minister also confirmed that so far only hundreds of Ukrainians have arrived in Britain under the Homes for Ukraine programme.

Some visa applicants fleeing the Russian invasion have been waiting weeks for a response.

‘I want to get this process down to a reasonable amount of time,’ said Lord Harrington. ‘I am happy to say publicly that my target is 48 hours from when they download the application form to when they are given permission to travel.’ 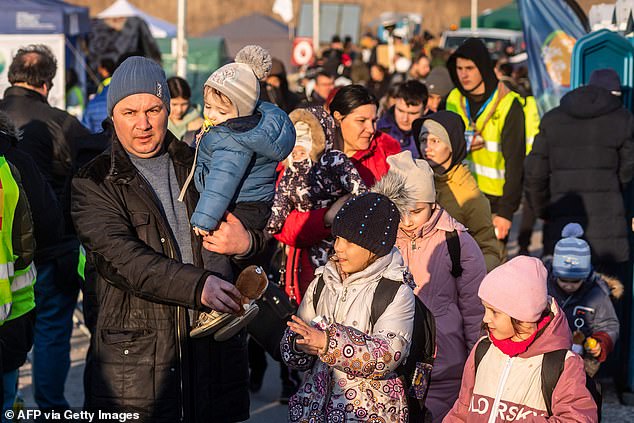 Visa applicants hoping to flee the Russian invasion of Ukraine to the UK have had to wait weeks to hear back, but the government has now set a target response time of just 48 hours

Last week he told MPs that ‘two or three days’ would be a ‘reasonable’ ambition, but did not offer an official target at that stage.

Lord Harrington told The Sunday Times how he has applied to be a sponsor himself, offering a London flat he owns with his fiancee, former Tory MP Jessica Lee.

A government-backed scheme to match Ukrainian refugees with British families who have offered to open up their homes was finally launched on Friday.

A charity oversees the pairing of evacuees with ‘suitable’ hosts, three weeks after Britons were first asked to volunteer their help. 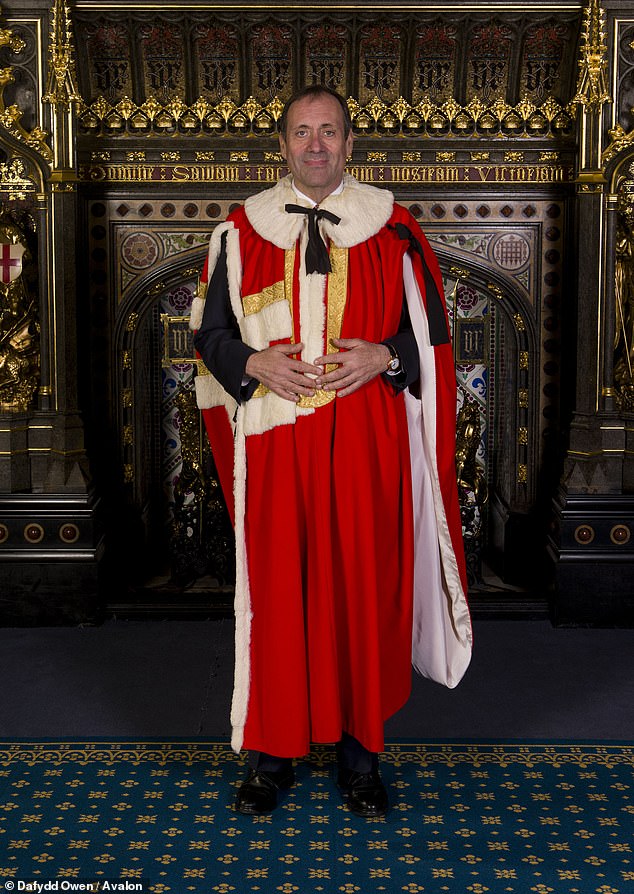 Lord Harrington (pictured), the minister in charge of the Ukrainian refugee scheme, said the Government’s emergency routes will soon bring in 15,000 evacuees a week to the UK – although so far only hundreds have entered

It means UK residents who have not managed to link up with Ukrainians by informal means – such as social media – can now apply to an officially-endorsed programme.

Figures published on Friday showed only 4,700 visas have been granted under Homes for Ukraine, with a backlog of 27,500.

A separate scheme for Ukrainians with relatives in the UK has awarded 24,400 visas.

Lates News:
2022-04-03
Previous Post: What the US Military Spends the Most Money On
Next Post: Grammys live: Olivia Rodrigo wins first Grammy Award – The Denver Post