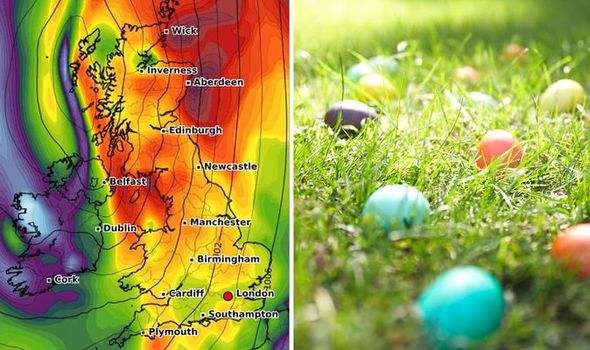 Meteorologist Greg Dewhurst said: “There will be a chilly start out there this Monday morning. “England and Wales will start off with a dry, frosty, cold start. “There will be splashes of rain across parts of Cornwall, Pembrokeshire and up into Northern Ireland.”

But, Mr Dewhurst added that most other places in the UK will stay dry first thing this Monday morning.

The Met Office said rain on Monday will be isolated and in the far east and west of the country.

Mr Dewhurst added: “We’ve got plenty of sunshine across western Scotland, a little bit of cloud and rain across the east, but even here most places are dry.”

Later in the day a weather front will move across the far west, “giving a few splashes of rain, but generally it is light and patchy”. 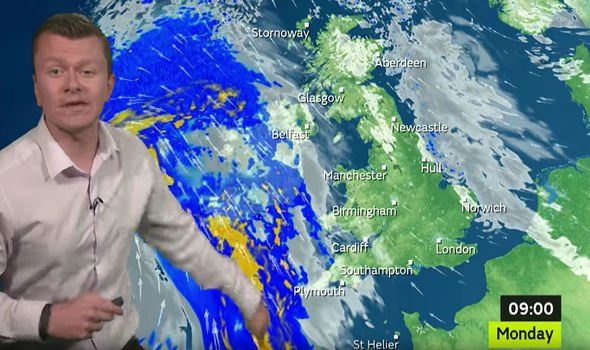 Mr Dewhurst said: “As we go through Monday itself there will be plenty of sunshine through much of England and into Wales, northwest England and Scotland.”

He added: “That sunshine will hold on right through the day, perhaps turning a little bit little hazy as the day goes on.

“But, highs will reach 14 possibly even 15 Celsius so the weather will start to feel a little bit less cold.”

Mr Dewhurst added along the North Sea coast, “temperatures will be 9 or 10 degrees Celsius with one or two splashes of rain”. 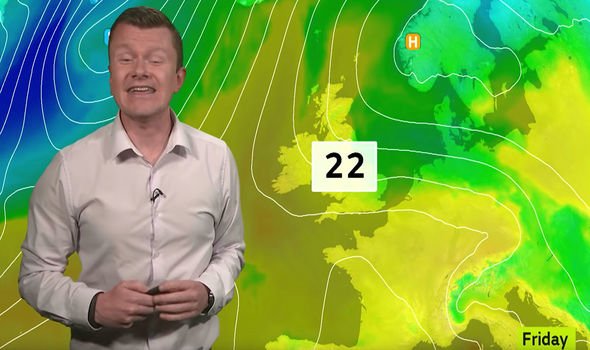 Later in the week the bigger picture is for temperatures to soar, caused by an Atlantic frontal system trying to move in from the west that is being blocked by a large “area of high pressure.”

There will be bright and sunny weather, carried on a southeasterly wind.

Mr Dewhurst said: “This is going to draw in warmer air from the continent and temperatures are set to rise as the week goes on.”

Sunny weather is expected for the Easter weekend with temperatures that could reach the low 20s Celsius.